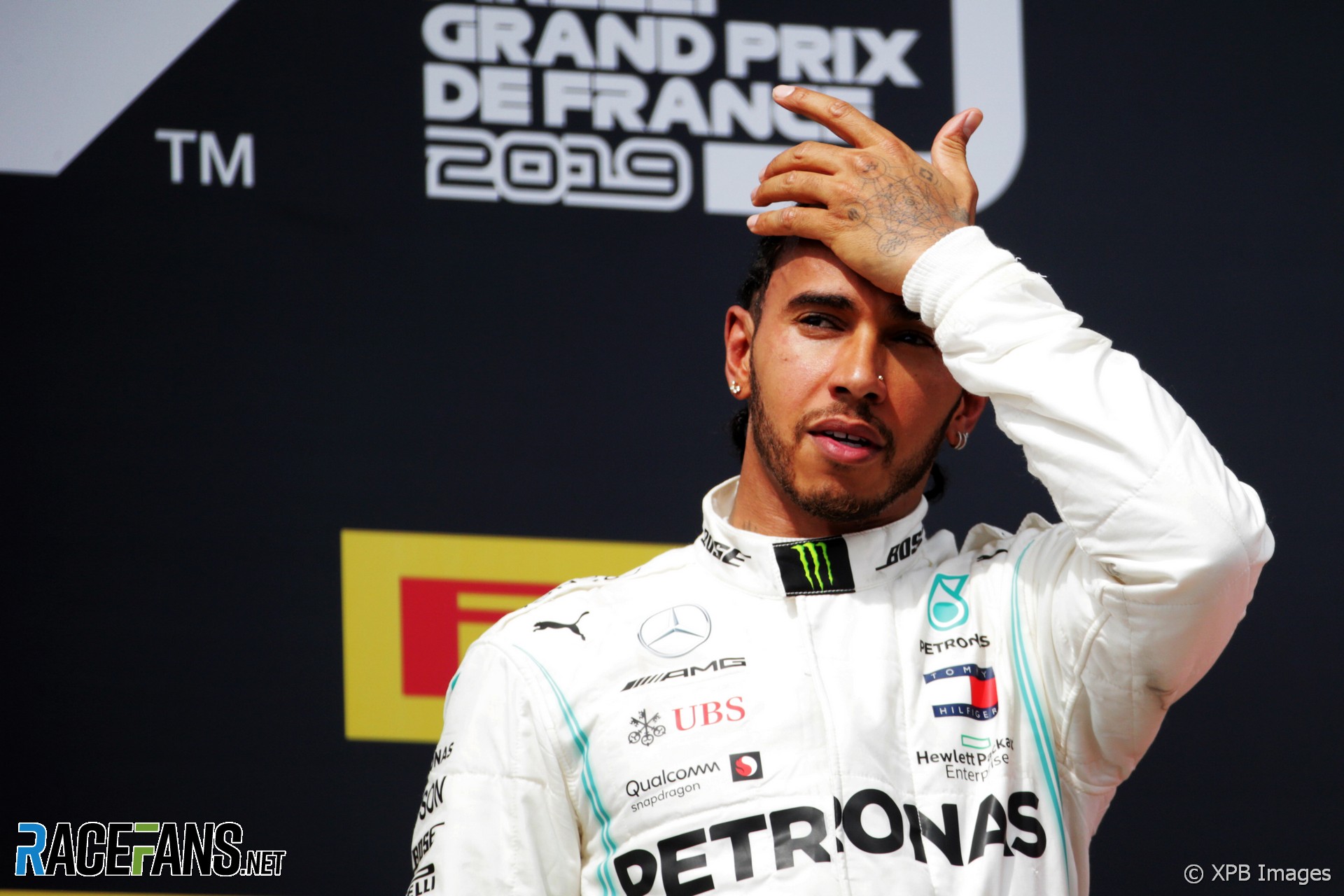 Lewis Hamilton says drivers should not be blamed for “boring” F1 races and warned “serious changes” are needed to the sport’s plans to overhaul its rules in 2021.

Speaking after he continued Mercedes’ streak of winning every race so far this year in a processional French Grand Prix, Hamilton urged the media “don’t point the fingers at the drivers because we don’t write the rules.”

“We have nothing to do with the money and all that kind of stuff. You should put the pressure on the people at the head who should be doing their job. I think they are trying to but for many, many years they have made bad decisions.”

Hamilton and Nico Hulkenberg attended a meeting of Formula 1 Management, the FIA and the team last week to discuss the state of plans to extensively revise the rules in 2021 and introduce new cars which can race together more closely.

“I had nothing to gain by being there but if there’s anything I can help… They’ve been making all these decisions and never once had a driver’s input in that room. So if that can be the decisive point that can help the fans to get better racing then I would be proud to be a part of that.

The world champion said he was encouraged from the willingness shown to bring drivers into the decision-making process but warned the sport’s plans for 2021 need a drastic rethink.

“It was encouraging that they allow us to be there, and they’re really welcoming. I hope they will continue to have us there, a couple of us drivers each time.

“I think they’ve extended their decision on making the rules. I think they need to because they are nowhere near where it should be, in my opinion. They’ve got to make some serious changes to the decision they have already made of how 2021 should be.

“What I’m encouraged by is that Ross [Brawn, Formula 1 sporting director] and his team are working on for the first time a real aero package that hopefully will have an impact on following [other cars], for example.”