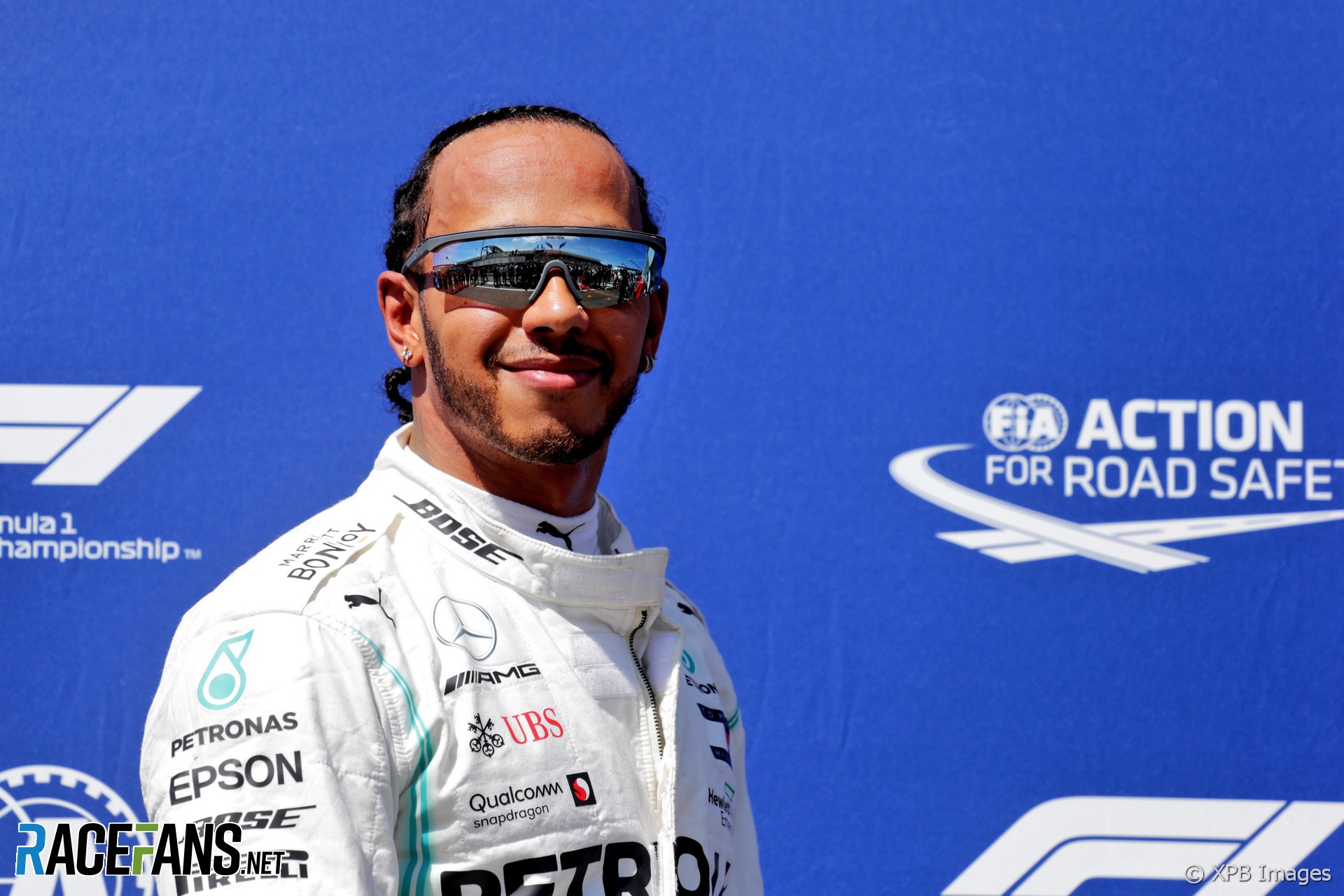 Lewis Hamilton says he stopped being concerned about Ferrari’s attempt to have Sebastian Vetel’s Canapdian Grand Prix penalty reviewed when he learned the details of the new evidence the team intended to present.

Ferrari asked the stewards to reconsider Vettel’s five-second time penalty for rejoining the track unsafely in front of Hamilton during the race. This can only be done if new evidence is presented to the stewards.

Of the seven items Ferrari presented to the stewards, only two were considered new. Among those was a video of ex-F1 driver Karun Chandhok analysing video of the incident on Sky television.

Hamilton said that eased his concerns over the hearing.

“It was definitely odd coming here when I heard that Ferrari was spending time focusing on something past,” he said. “Naturally for me with my team I would be having them focus mostly on trying to improve the car.

“But then we came there and I think when I arrived in the morning I heard it was Karun Chandhok’s video was the new evidence. I was pretty relaxed after that and just put it behind me.”

The world championship leader was booed by some spectators following his fifth victory of the season in Montreal. Hamilton said he drew strength from the supportive messages he received from his fans on social media.

“It’s not easy when you hear boos for example but that’s a part of the game and if anything it generally just spurs me on. I know I’ve got great support when I come to these races.

“Particularly on my social following I’ve got a lot of great people following me there. Even if you feel crap it’s not a bad time to say something motivational.”