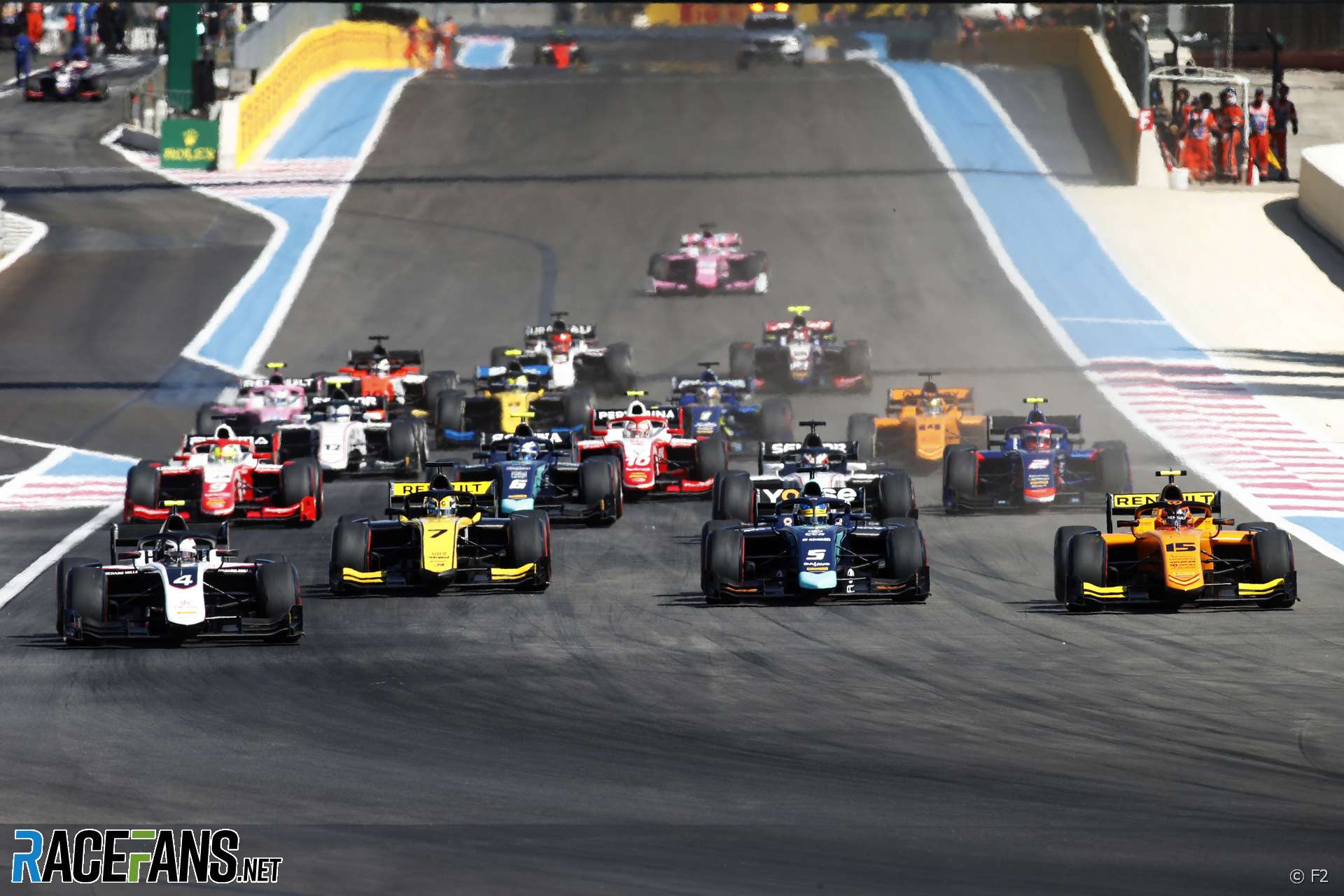 Nyck de Vries moved into the Formula 2 championship lead by taking his third win from the last four races at Paul Ricard.

The ART driver took the lead from fourth on the grid at the start, bursting through to the front with fellow second-row starter Jack Aitekn.

However the race was neutralised soon after. Prema driver Sean Gelael cut across the inside of the turn three chicane and made heavy contact with Mick Schumacher, the impact lifting his team mate’s car off the ground.

Schumacher limped into the pits with a right-rear puncture and terminal damage, shedding debris as he went. Meanwhile other first-lap problems claimed Mahaveer Raghunathan, Dorian Boccolacci and Nikita Mazepin, and prompted race control to throw the red flag.

After the race restarted De Vries held his lead but fell behind Aitken after his rival made his mandatory pit stop a lap sooner. De Vries wasted no time in hitting back, however, repassing his rival with DRS as they approached the chicane. He capped an impressive day’s work by setting the fastest lap on his final tour, collecting the bonus point.

Jordan King returned to the series with sixth place ahead of Juan Manuel Correa. The American driver was hit by Luca Ghiotto late in the race which put the Uni-Virtuosi racer out and cost him a potential pole position for the sprint race. Anthoine Hubert profited at Ghiotto’s expense, and the last points were taken by Nobuharu Matsushita and Giuliano Alesi.