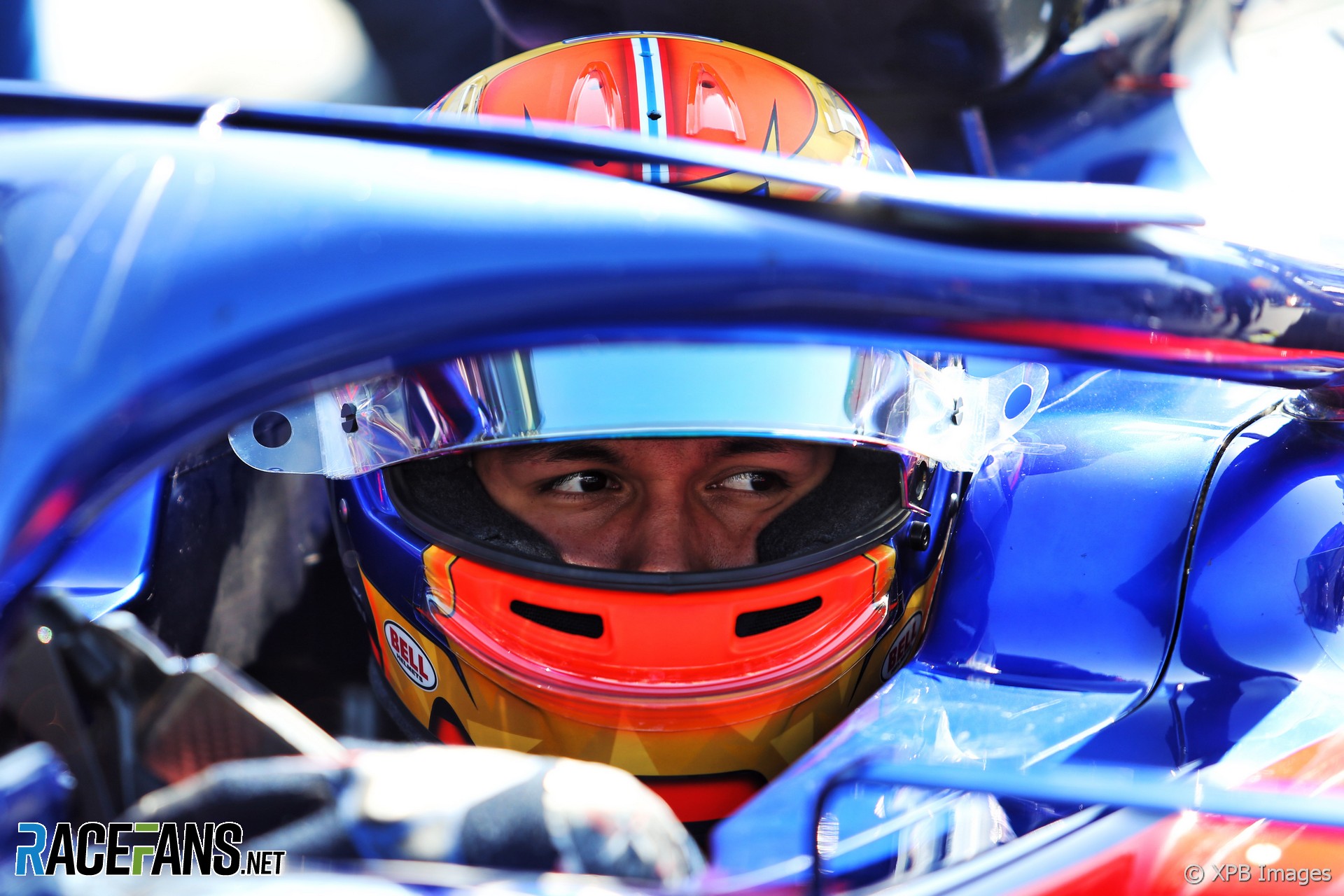 Alexander Albon will have to make so without the new ‘spec three’ power unit his fellow Honda users will race at the French Grand Prix.

While both Red Bull drivers will take the upgrade at Paul Ricard, Daniil Kvyat will be the only Toro Rosso driver to run with the new hardware.

Kvyat was the first of the team’s drivers to change his power unit, at the third race of the season in China. Albon also replaced his engine that weekend following his crash in practice but that engine has subsequently returned to his ‘pool’ of available hardware, putting him in a more advantageous position for avoiding future penalties.

“We knew whatever we do now we’re going to get a penalty for it,” Albon explained. “On my side of the garage we’re looking quite good with the engine. I think Danny maybe was a bit closer to the limit so they’ve decided to change earlier than I did. That was about it, really.”

“As a team we didn’t want two cars to get penalties so we kind of split it,” he added. “Regarding the future we’ll just have to see. We don’t know when I will get one.”

“The last we introduced was more on the reliability side, this one will be focused more on the performance. But we don’t expect a massive gain from it.