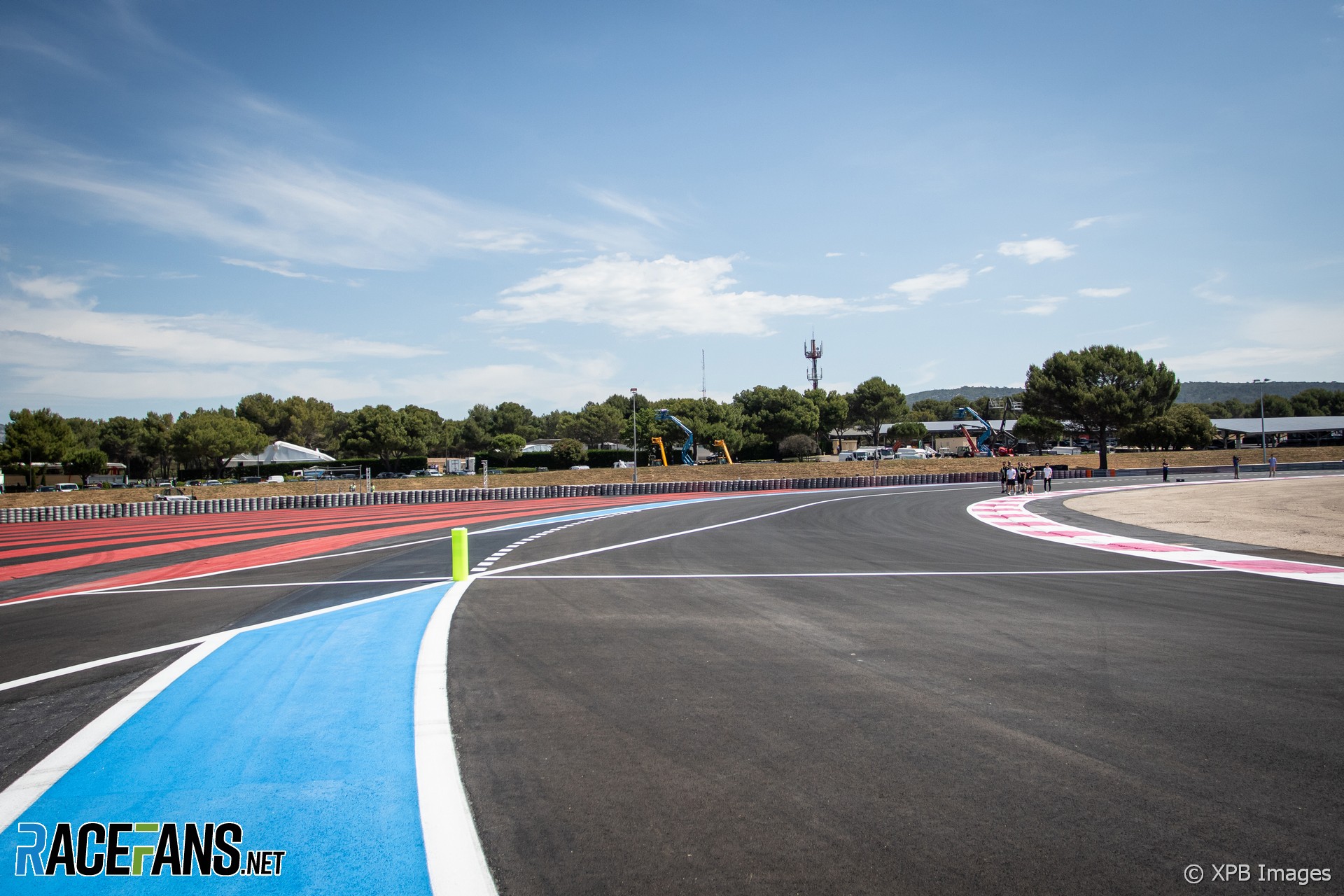 The pit entry and exit configuration at Paul Ricard has been changed for this weekend’s French Grand Prix to improve safety.

The entrance to the pit lane has been relocated from the pit straight to the middle of turn 14 (above). The pit exit has also been widened and extended, meaning drivers rejoin the track closer to turn one.

Max Verstappen approves of the pit lane entrance configuration. “I’ve driven it in the wet weather test I did here,” he said. “It’s a bit more fun as well because it’s in this fast corner so you can push it a bit more.”

Substantial areas of the track have also been resurfaced. The new sections are at turns one, three to seven, eight, 8.5, nine, 9.5 to 11.5, 12, 14 and 15. Last year some new Tarmac patches were added but some drivers found the grip levels varied considerably as a result.

“Last year there was some issues with the Tarmac, it broke [up] in a few places,” said Kimi Raikkonen. “I haven’t been around, I would assume that they used similar Tarmac it’s just new. We’ll find out tomorrow if it really makes any difference or not.