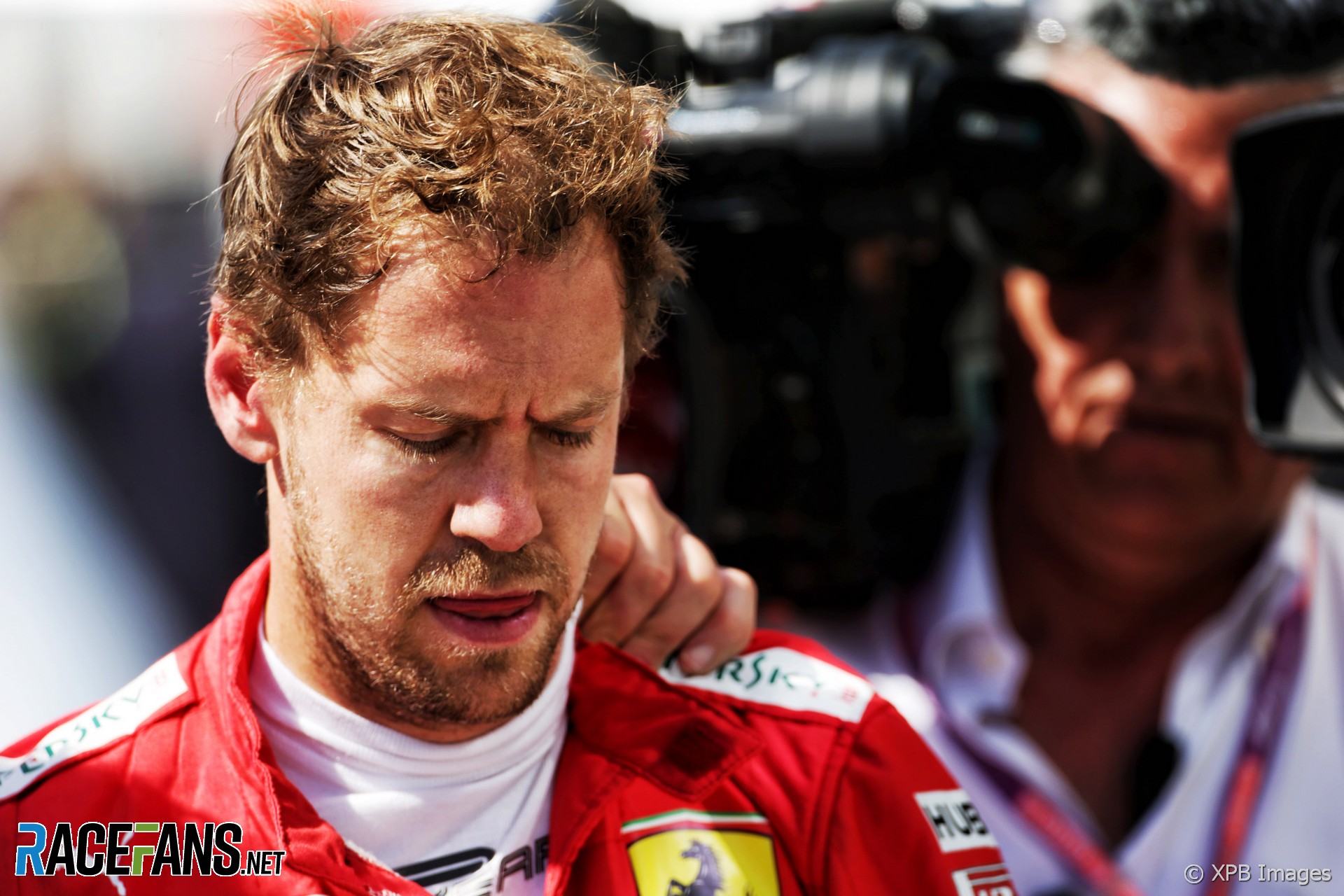 Sebastian Vettel deserved his penalty for rejoining the track unsafely in the Canadian Grand Prix and was “disrespectful” towards the stewards, says Nico Rosberg.

While many ex-F1 drivers have spoken out against the penalty, the 2016 world champion believes it was “absolutely fully deserved.”

Vettel was given a five-second time penalty for rejoining the track unsafely and forcing Lewis Hamilton to take evasive action. It dropped him from first to second place in the final results.

“I wish nothing more than for Vettel to do a great job and to win and have a great fight with Lewis in the championship because that’s what we all want,” said Rosberg. “I was rooting for Vettel out there and I would love him to do well.

“But again we saw this typical thing that when the pressure is on and it’s a battle between Lewis and Vettel, Vettel just makes those mistake. And he made that mistake again.”

Rosberg does not accept Vettel’s claim that he was unable to rejoin the track without getting in Hamilton’s way, saying he could have “easily” given the Mercedes driver more space.

“Vettel was screaming, ‘I had dirt on my tyres, I was out of control, where do you want me to go? I was struggling to control the car, I couldn’t see Lewis.’ OK, great, but Lewis is there. The rule says when you go off the track, you need to rejoin safely. Vettel went all the way across and I think he could have easily left a little bit more space, especially in the latter phase like after Lewis started braking. He could easily have left more space, but he didn’t.

“He went right, right, all the way there and left hardly any space to Lewis.”And so Lewis saw it as a dangerous situation because Vettel was coming more and more, so he had to back out of it.

“I looked at the replay many, many times,” said Rosberg. “Lewis would have been in the wall had he stayed there because right afterwards Vettel continued to move over more and more and it was so tight that Lewis would have touched either Vettel or the wall. And so it is very, very clear that unfortunately it was an unsafe returning to the track. So that’s the rule. You have to return safely and that is the way it is. A penalty is deserved in that case.”

“He has such strong self belief and always thinks that he is in the right, and then always wants to blame other people. And then he just loses focus in those moments, and doesn’t make the most of it. That was not great to see from him. And then after the race, all those gestures and disrespectful comments calling the stewards ‘blind men’ and all that, it’s just unnecessary, it’s not very good.”