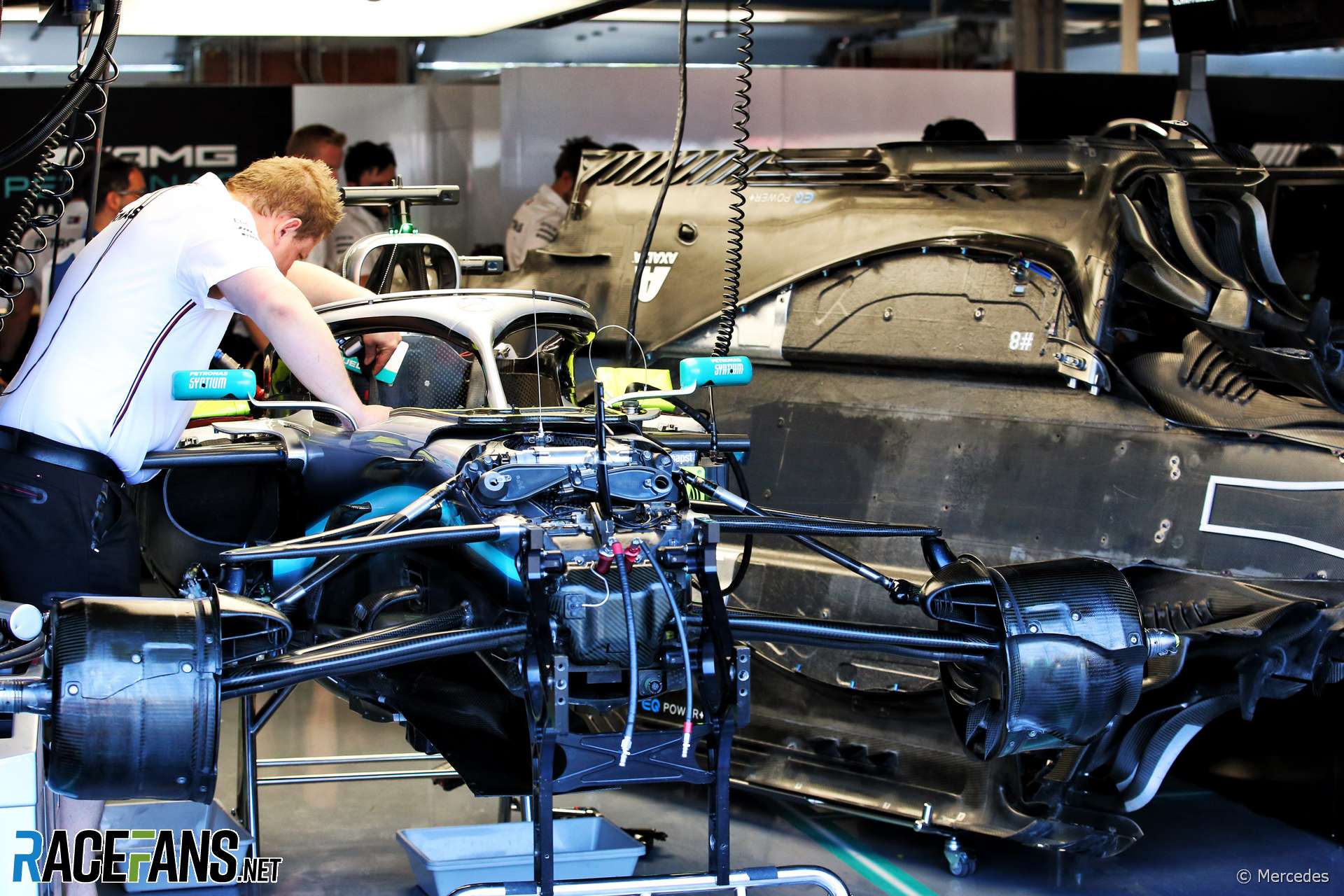 Mercedes face a race against time to conclude repairs on Lewis Hamilton’s car before the start of the Canadian Grand Prix.

A hydraulic leak was discovered on the team’s number 44 car overnight. Hamilton is due to start today’s race from second on the grid in just over two hours’ time.

A Mercedes spokesperson said the leak was discovered late yesterday afternoon. “We have diagnosed the source after the car came out of parc ferme and are now putting the car back together.”

The spokesperson added the team “plan to be ready” in time for the race and do not expect Hamilton will receive any grid penalties as a result of the repairs.

The team has introduced new ‘phase two’ power units on all of its cars including both its customer teams, Racing Point and Williams, this weekend. Valtteri Bottas suffered a hydraulic leak at the end of first practice and racing Point’s Lance Stroll had to revert to his old specification power unit following a failure in Saturday morning’s final hour of running.

Mercedes team principal Toto Wolff said the team was not considering turning down its engine for reliability in the wake of Stroll’s power unit failure. Racing Point initially described the problem as a hydraulic leak.