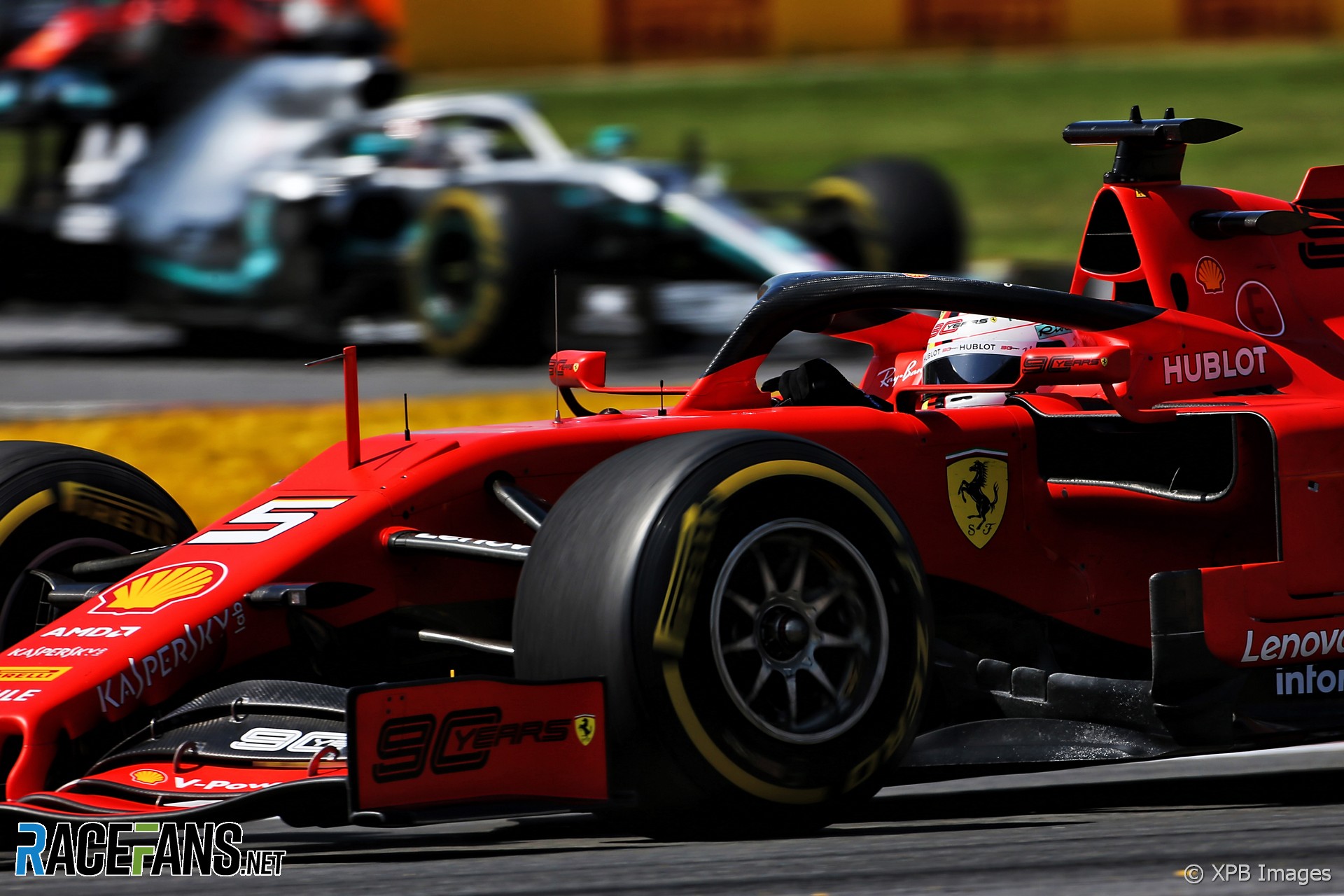 Ferrari has notified the FIA it intends to lodge an appeal against Sebastian Vettel’s five second time penalty which cost him victory in the Canadian Grand Prix.

However the team cannot overturn the penalty which cost Vettel what would have been his first victory of 2019.

The stewards ruled Vettel “rejoined the track at turn four” in an unsafe manner” after going off and “forced car 44 [Lewis Hamilton] off track”. His five second time penalty dropped him from first to second place in the race.

Competitors have the right to appeal decisions as noted in the stewards’ decision handed down to Vettel.

However the five-second penalty imposed on Vettel, under article 38.3 (a) of the sporting regulations, cannot be overturned. Article 17.2 of the same regulations notes “appeals may not be made against decision concerning the following: a) Penalties imposed under Articles 38.3 (a).”

The FIA has issued the final classification for the Canadian Grand Prix with Hamilton listed as the winner ahead of Vettel.