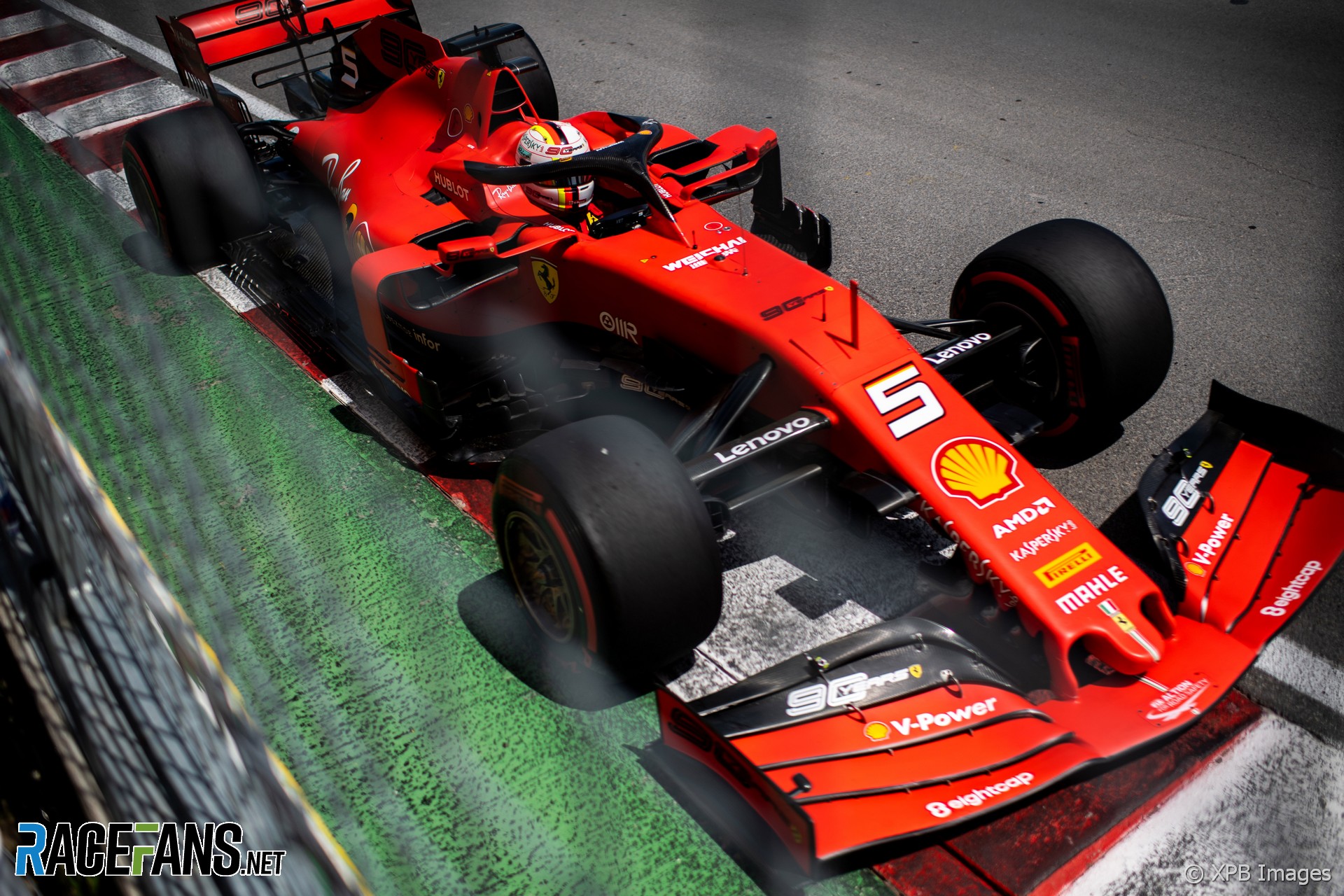 Sebastian Vettel said his pole position for the Canadian Grand Prix was reward for a “tough” few races for Ferrari.

Speaking in the press conference after qualifying Vettel said he was “still full of adrenaline” after taking his first pole position of the season.

“I’m really happy, I really enjoyed it. I wish I could do it again just for the fun of it.”

“It’s obviously a great day,” Vettel added. “It’s been a while and most people in the team I think the last couple of races have been quite tough. So coming here and showing stronger form than we had in the last races is positive.”

He said the team expected to be more competitive at the Circuit Gilles Villeneuve, as its long straights and short corners play to the car’s strengths.

“We knew that the track probably will suit us but still we have to do the job,” he said. “The car felt better and better throughout qualifying. Not easy with the interruption of the red flag.”

“I had to pace myself a bit in the first two corners because getting the tyres to grip up wasn’t straightforward,” he explained. “But after that it was just a joy. The car was shouting ‘keep going, keep going’ and I really enjoyed it.”

Vettel admitted he was concerned Hamilton was going to beat him with his final run. “I wasn’t sure whether it was enough and then they screamed on the radio ‘pole position’.

“It was just amazing. I really enjoyed it. Obviously it’s only part of the job, the main thing will be tomorrow. It will be a very long race, difficult to fight and keep them off but from where we start I think it looks like a good race.”