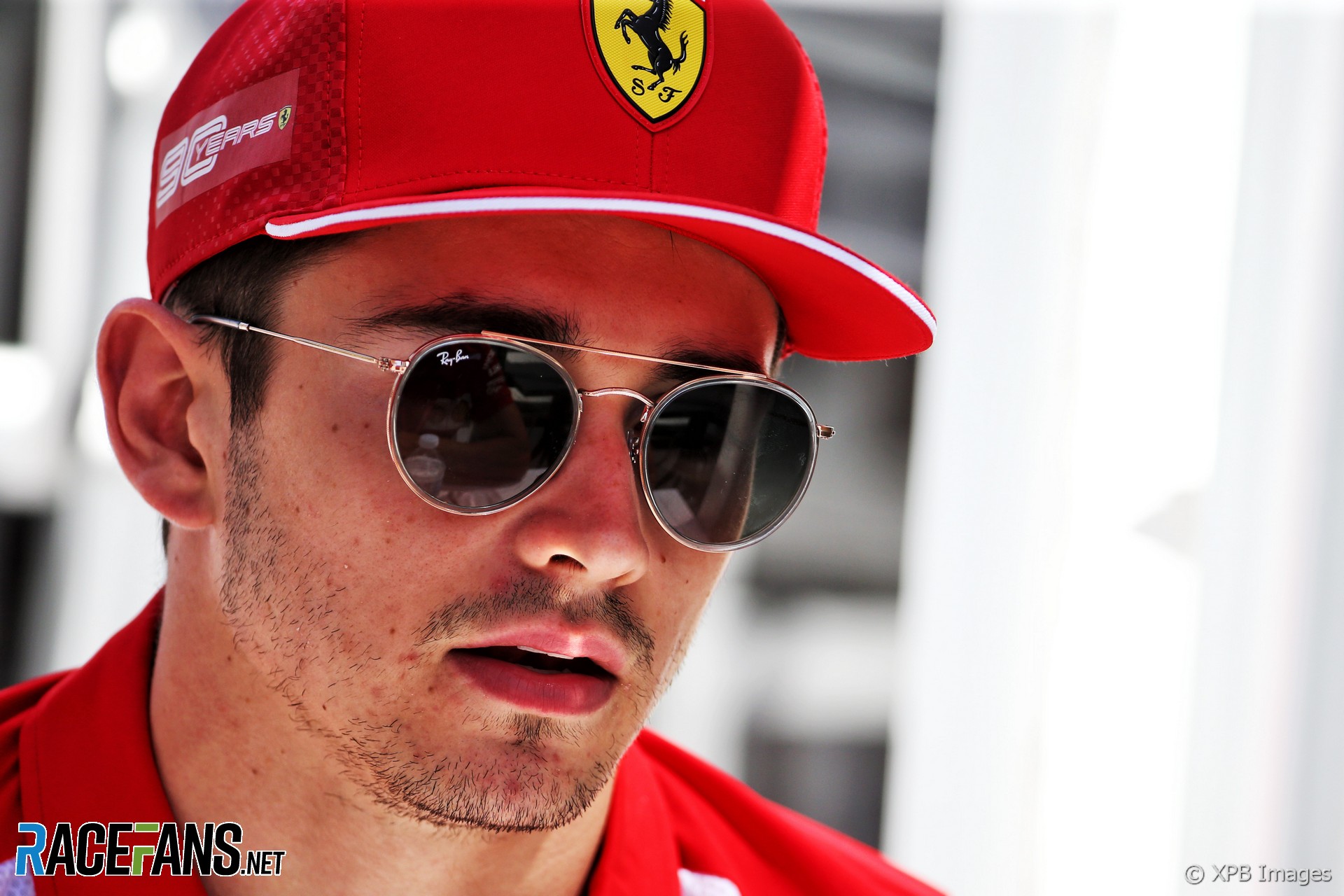 In the round-up: Charles Leclerc says he’s not prepared to give up on the championship despite his disappointing start to the season.

Leclerc was asked whether he think the championship is already over for him, having fallen 80 points behind Lewis Hamilton with 390 available:

No not yet. I never wave goodbye until it’s done.

Of course it has been a difficult start to the season. We definitely expected more but we don’t need to wave goodbye yet. We need to push until the end and that’s what we are doing, trying to understand our mistakes, try to not do them again and improve from there. I’m pretty sure the results will come.

Hello my dear friend, please do not cross the track when @f1 cars are coming. 😱😱😱 #r8g #CanadianGP pic.twitter.com/dWvd0nW8IF

So sorry to hear the passing of Robin Herd. Was lucky enough to work with him in my early years of Indycars driving the MARCH. He called everyone “Sunshine”. Prayers to his family. #RIPRobin

On display in the Montréal Casino: The car that qualified 22nd and finished 5th in the 1980 #CanadianGP! 🇨🇦 pic.twitter.com/p5gJEUMZzg

"Robin Herd, who passed away on Tuesday after an extended illness, made his name as Max Mosley’s main partner in the March racing constructor. He was the chief designer of the March Formula 1, F2 and Champ Cars of the 1970s/early 80s and was possessed of great intellect, charm and enthusiasm."

"The idea of hosting Formula One auto racing didn’t come up during Wednesday’s (city commission) meeting and Góngora said that he hadn’t spoken to race organisers but had merely suggested the event as a possibility."

"Before the 62 cars entered in the 87th running of the world’s greatest endurance race are unleashed, the hydrogen-powered racing prototype will complete a demonstration lap of the full 13.626-kilometre circuit. "

Chase Carey says there are still significant differences in the teams' positions on some aspects of the 2021 regulations.

"This year I think is going to be another year, especially from this point, (that) you're going to have to be really consistent to get a championship. It's how we won last year. We did have three wins, but we were able to turn bad weekends into good ones."

Alice Powell interview: W Series has saved me - I want to guide the next generation (The Telegraph)

"At 17, she was the youngest driver, male or female, to win a Formula Renault race in the UK. By 22, she was out of racing altogether, failing to find the money that could propel her to the upper echelons and resolving, however reluctantly, to seek steadier employment in the decorating trade."

"I think experience is very important in Formula E. I'm getting there, and there are still many things to learn, but it's getting better and a little bit more automatic for me."

"A few years ago, many people were talking about Alfa Romeo returning to DTM, but now, I think they are very much involved in Formula 1. Of course, it would be great for the series to have them back, but in the DTM, the focus is still very much on Germany, so perhaps it needs to be more international, something I know the organisers are working on."

"Racing Pride is an innovative movement to positively promote LGBTQ+ inclusivity within the motorsport industry and among its technological and commercial partners. Racing Pride has been developed alongside Stonewall UK and the timing of its launch comes as part of Pride month."

We’re only six races into the championship but @Jureo reckons Ferrari should start thinking about the 2020 F1 season:

It is not a bold move to call time on this season.

Mercedes has scored a historic record start to a season. They are bringing a new engine this race, and even with old one, they were faster on all types of tracks.

To Ferrari second or third does not matter much. They have fundamental flaws in their concept especially in how they use their tires. If it is a suspension design issue, that will most likely take a new season to fix. Or a ‘B car’. Their aero is also different to what Mercedes and Red Bull are using. Right or wrong, they are slower.

Now would be very correct time to stop developing a wrong concept and start on a new concept, determine if it is indeed the right way to go. Then potentially release a B-spec of the car to verify the lessons learned.

Otherwise they go in to next season blind without knowing if their new concept is actually better than the wrong concept of this year. Developing to a marginal gain this year, would only take them further in the wrong direction.
@Jureo