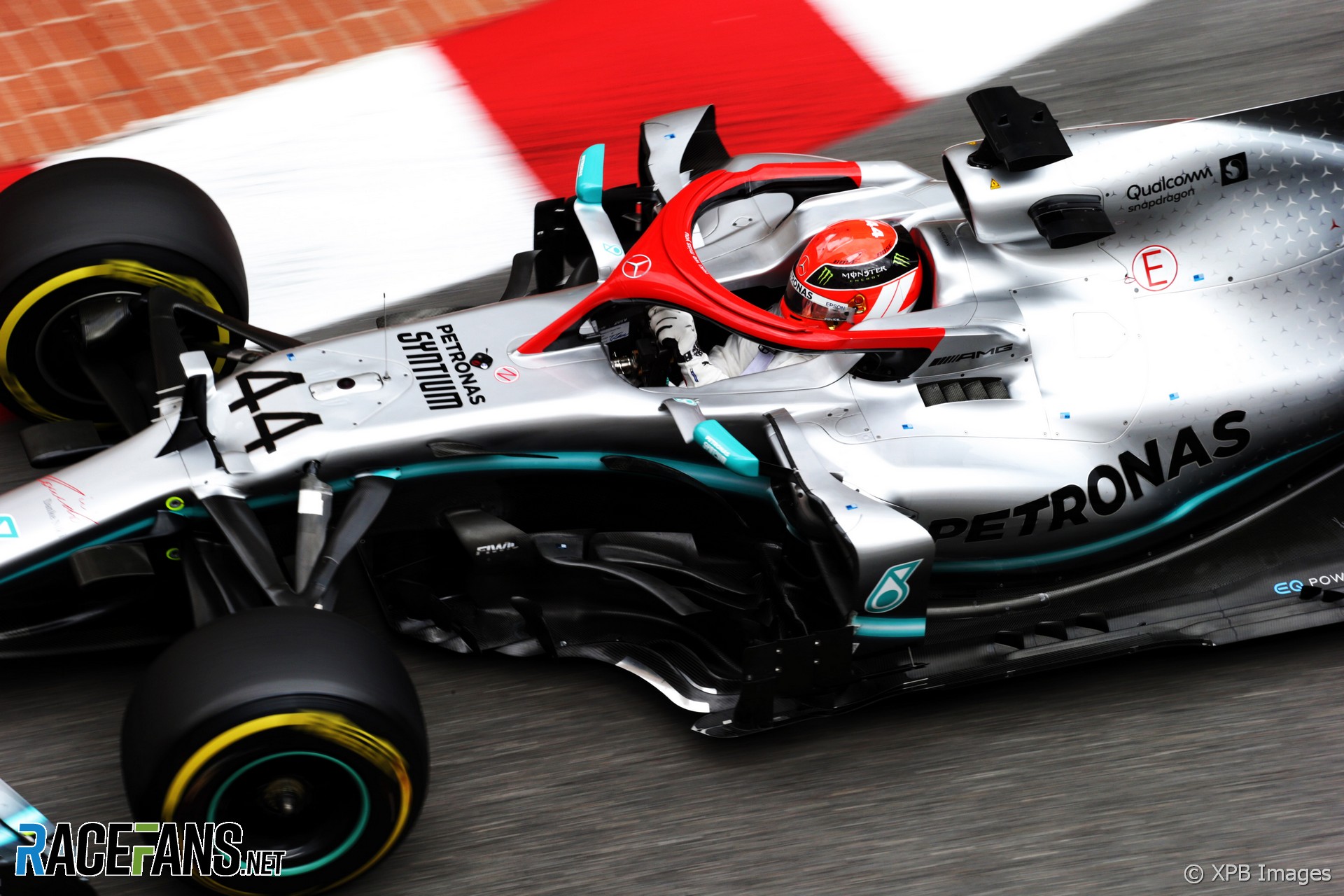 On a weekend marked by the death of one of the sport’s great champions, it was fitting the teams closest to Niki Lauda should have such a successful Monaco Grand Prix.

The podium was featured two Mercedes and one Ferrari; respectively, the teams for which he was a non-executive director and had won two of his three world championships. On the top step was Lewis Hamilton, who Lauda urged to join Mercedes six seasons, 56 race wins and four world championships ago.

Hamilton even sported a Lauda helmet design for the race, as did second-placed Sebastian Vettel.

It was a decent day for the other significant team of Lauda’s career, McLaren. Carlos Sainz Jnr came home ‘best of the rest’ in sixth. The former cohorts of the driver once affectionately known as ‘King Rat’ did him proud.

Hamilton notched up his 77th career victory, leaving him 14 shy of Michael Schumacher’s all-time record with 15 races remaining. He now has 25 more wins than the third most successful driver, Vettel. Hamilton has taken 10 wins since Vettel’s most recent victory at Spa last year.

Hamilton surpassed another of Schumacher’s records by taking his 59th pole position for Mercedes. That’s the most poles any driver has had with a single team, surpassing Schumacher’s 58 for Ferrari.

This was Hamilton’s third win at Monaco – one more than 1975 and 1976 winner Lauda – and three-shy of Ayrton Senna’s all-time record.

After the 85th pole position of his career and the 17th time he’s led every lap of a race, Hamilton could have scored a ‘grand slam’, but was beaten to fastest lap by Pierre Gasly.

Depressingly for his rivals, this was the second race in a row Hamilton has led from start to finish. The last driver to lead two consecutive grands prix uninterrupted was Vettel in the 2013 Singapore and Korean Grands Prix.

Mercedes’ run of consecutive one-two finishes came to an end. However their two drivers have still taken podium finishes in all six races.

Not for the first time in his Formula 1 career, Max Verstappen finished in a podium place on the road but didn’t get to go to the rostrum ceremony. As in the 2016 Mexican Grand Prix, 2017 United States Grand Prix and 2018 Italian Grand Prix, a post-race time penalty dropped him to fourth.

However at that time points were only awarded to the top six. There have been other occasions when four Honda-powered cars finished in top top 10, and would have all scored points under today’s scoring system, such as at the 1991 British Grand Prix.

Finally, a word for yesterday’s Indianapolis 500 winner Simon Pagenaud. The Penske driver is the first Frenchman to win the race for 99 years. The 1920 Indy 500 was by Gaston Chevrolet, whose brother Louis founded the Chevrolet car manufacturer whose engine powered Pagenaud to victory. While Gaston averaged 142.6kph as he won almost a century ago, Pagenaud’s average speed was almost double that at 282.9kph.

Have you spotted any other interesting stats and facts from the Monaco Grand Prix? Share them in the comments.

12 comments on “Hamilton breaks another of Schumacher’s records”