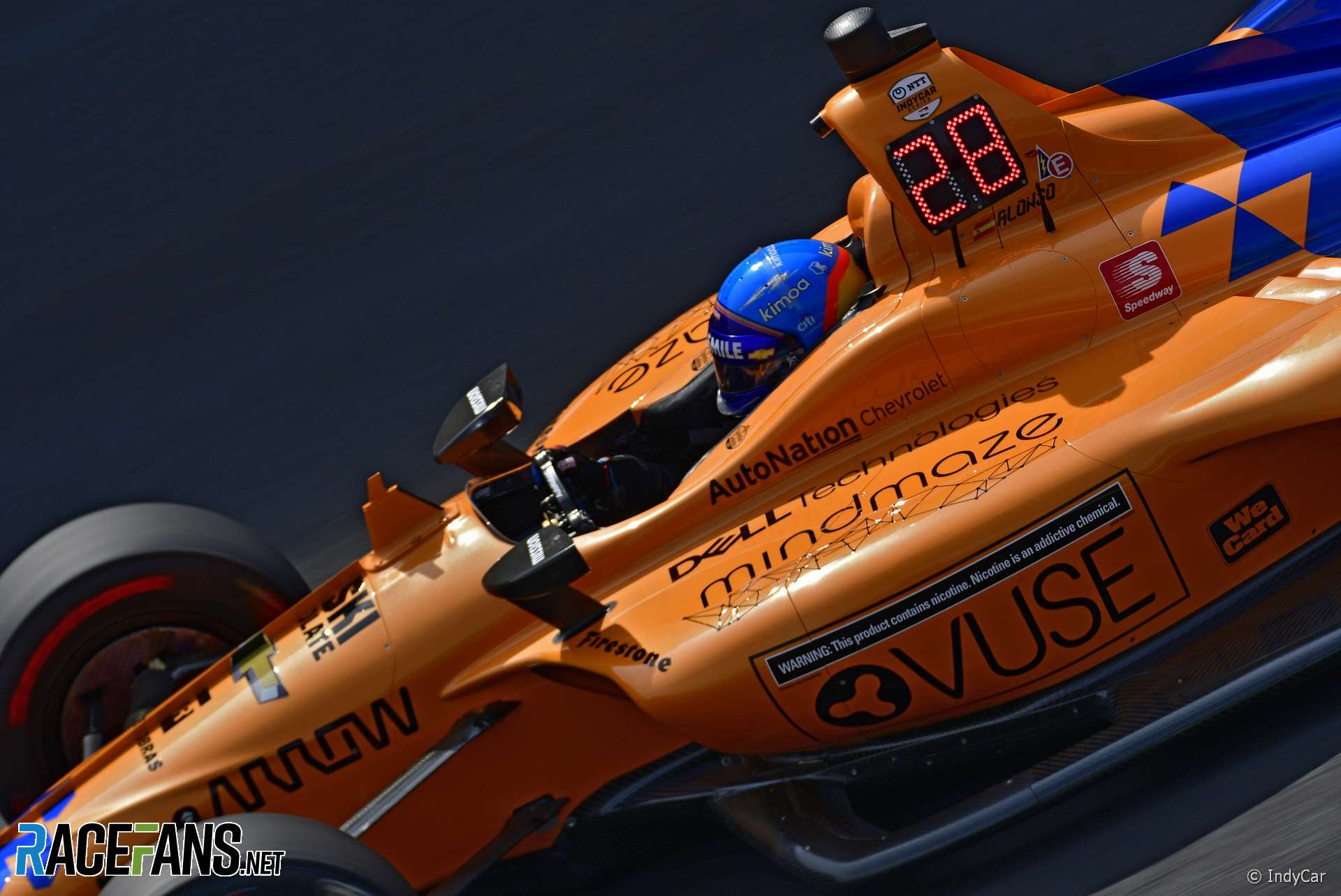 Fernando Alonso’s failure to secure a place on the grid for the Indianapolis 500 was “sad to see”, his former Formula 1 rival Daniel Ricciardo has said.

McLaren’s single-car entry for Alonso was eliminated on the final lap of the back row qualifying session on Sunday. Alonso was making his second appearance in the event, which he qualified fifth for two years ago in a car run by McLaren and Michael Andretti’s team.

Ricciardo said he expected Alonso to be fairly competitive at the Brickyard.

“Personally, because I’ve never done it – driven an IndyCar or been on an oval – I never really had an expectation for Alonso as far as I didn’t know how easy or difficult it would be.

“Obviously I had confidence that he would be able to hop in and be relatively competitive because I think he’s obviously a very, very good driver and very capable, and still very motivated and driven. I think that showed in 2017.

“But this year it looks like you’ve got to be – like everywhere – a good driver, but set-up and those things and those margins are so important. I don’t know the ins and outs but everything needs to work right.

“That’s the thing with race cars, it’s a love-hate relationship. Obviously this year for him was more of a ‘hate’ one. It’s sad to see, obviously, as part of the F1 family we want to see him do well but for reasons I couldn’t understand or explain, I’m not really in that world.”

Robert Kubica said it was important not to make hasty judgements about Alonso’s qualifying attempt, which saw him finish 34th out of the 36 drivers vying for a place.

“I would never comment on something what I don’t know enough information,” he said. “Looking through the classification it’s too easy to arrive to a wrong assumptions or conclusions..

“Fernando, we know what a great driver he is and he showed two years ago that he was fighting there for even winning on [his] debut. This year it didn’t work but there is nothing a lot to say.”