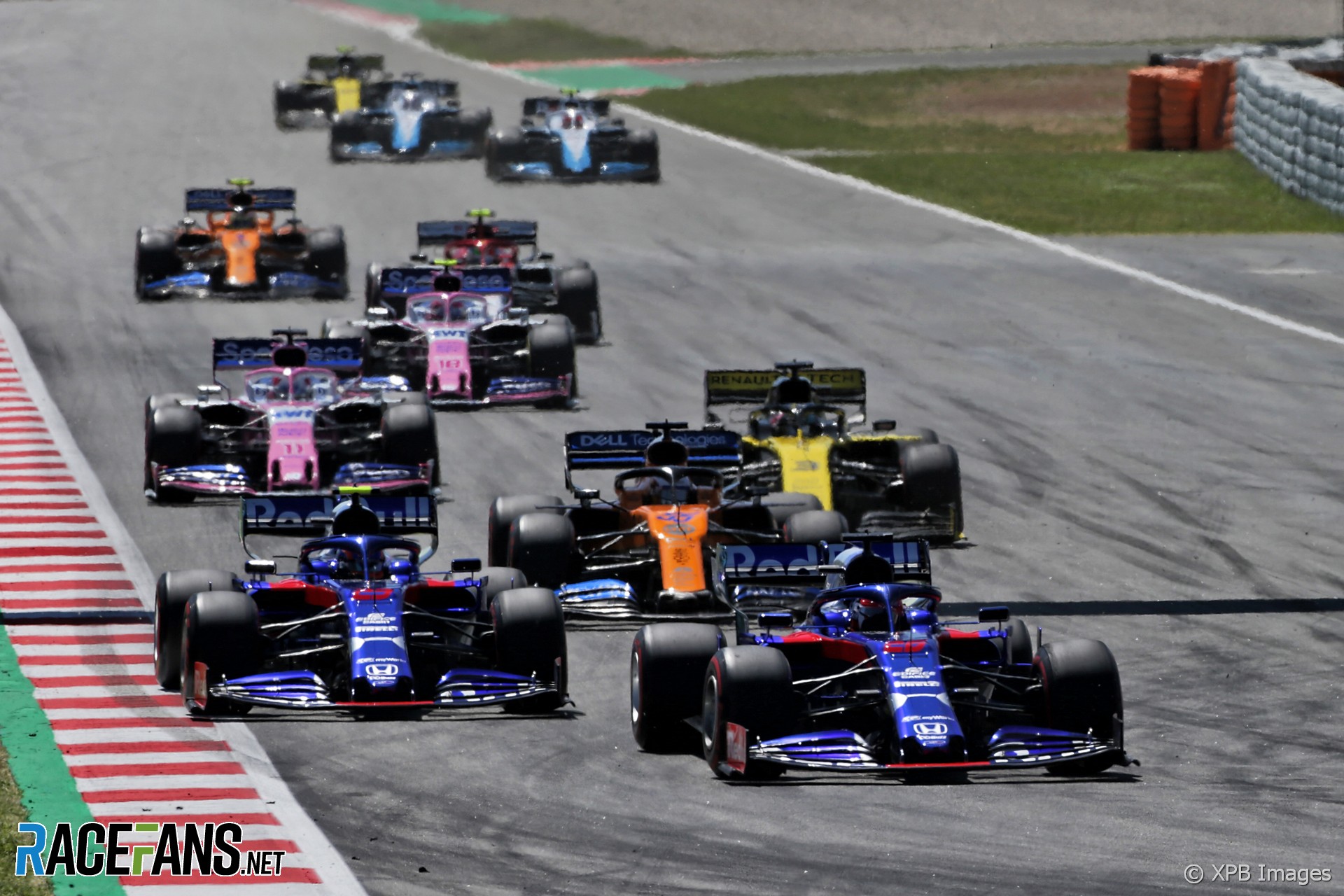 Kvyat’s superb Q2 lap was enough to see him through to Q3, while his team mate was eliminated. He wasn’t able to replicate that pace in Q3, but still started ninth. When the lights went out the Toro Rosso driver stayed out of trouble and stayed in the top 10. During his first stint he stayed behind Magnussen, unable to get close enough to overtake. After he came in for softs he finally had the pace to overtake the Haas driver, and thanks to DRS assistance he had the move done before they even reached turn one.

He stopped as soon as the Safety Car was deployed but the team didn’t have his tyres ready. He sat helplessly on the jacks and lost two positions. By the end of the race he made up one of these to recover to his starting position of ninth. A fine weekend performance which deserved a better result.

Once again Verstappen was untroubled by his team mate and took to the fight to the (slightly) quicker Ferraris. He split the red cars in qualifying and when the two tripped over each other at the start he took advantage and never looked back.

He spent the race all by himself since he didn’t have the pace to challenge Mercedes but was superior to both Ferrari drivers. He kept it clean at the Safety Car restart and filled the last spot on the podium.

While his team mate progressed no further than Q1, Daniel Ricciardo dragged the Renault into Q3, but started outside the top ten thanks to his three place grid penalty from Baku.

He was stuck behind Carlos Sainz Jnr for much of the opening stint but eventually found a way by in one of the few passes before the Safety Car period. Unfortunately his team put him on hard tyres at his pit stop, which proved too conservative a move, and he fell out of the points.

Stroll’s weekend began and ended in the same fashion: in the wall. In practice one the Canadian driver buried his car in the Armco, meaning Racing Point had to supply a fresh batch of their latest upgraded parts. The next day in qualifying he continued to struggle to find his one lap pace and was eliminated in Q1 for the ninth race in a row.

In the race Stroll was going wheel to wheel with Lando Norris through turns one and two and left the McLaren no racing room. The pair collided and brought out the Safety Car. The stewards reasonably deemed the collision a racing incident, though it was one Stroll had a greater opportunity to avoid had he shown better awareness.

Renault struggled for pace again and Hulkenberg compounded their problems when he locked up into turn four during Q1 and clumsily slid into the wall. Although he was able to make it back to the pits he had to change front wings, reverting to a previous specification, which meant he started the race from the pits.

In the race he played the long game on a one stop strategy that saw him start on the medium and finish on the soft. When the Safety Car came out the team opted to favour track position over fresh tyres and he finished a somewhat flattering 13th.

Mercedes dominated once again with another one-two in qualifying and the race. Valtteri Bottas took pole by a surprising margin of six tenths of a second after Lewis Hamilton aborted his final Q2 lap early which left him with an under-charged battery. A fractionally better start for Hamilton – Bottas had an unexpected clutch oscillation – put him in the lead, and from there the outcome seemed a foregone conclusion.

Ferrari’s lack of performance at a track where they had seemed strong in testing was a disappointment which does not bode well for the championship. Sebastian Vettel tried to take the fight to the Mercedes drivers at the start but locked up, flat-spotted a tyre, and ended up delaying Charles Leclerc in the first stint. Then Vettel lost time behind Leclerc when Ferrari split their strategies. The Safety Car ended Leclerc’s hopes of one-stopping to third, and he followed Vettel home.

Pierre Gasly showed signs of improvement in the Red Bull, but finished last of the frontrunners once again.

Haas were dominant in the midfield battle until the Safety Car brought their rivals within range. Kevin Magnussen elbowed past Romain Grosjean and their subsequent battle left Grosjean vulnerable to Carlos Sainz Jnr and Daniil Kvyat, both of which took advantage.

Sainz admitted he made a mistake in qualifying that allowed Norris to out-qualify him but recovered well to score four points in eighth after a forceful pass on Grosjean. Norris sploied his race by running wide at the start before his collision with Lance Stroll.

Kimi Raikkonen was the faster of the Alfa Romeo drivers once again, but got a bit greedy at turn four on lap one and went off, ending his chance of continuing his points streak. Giovinazzi continued to struggle and only managed to beat the Williams in the race after picking up a five-place grid penalty for a gearbox change.

Sergio Perez flew under the radar for the majority of the weekend since his Racing Point car lacked the pace to compete for points. Williams were stuck at the back of the grid once again with Russell beating Kubica in the race and qualifying.