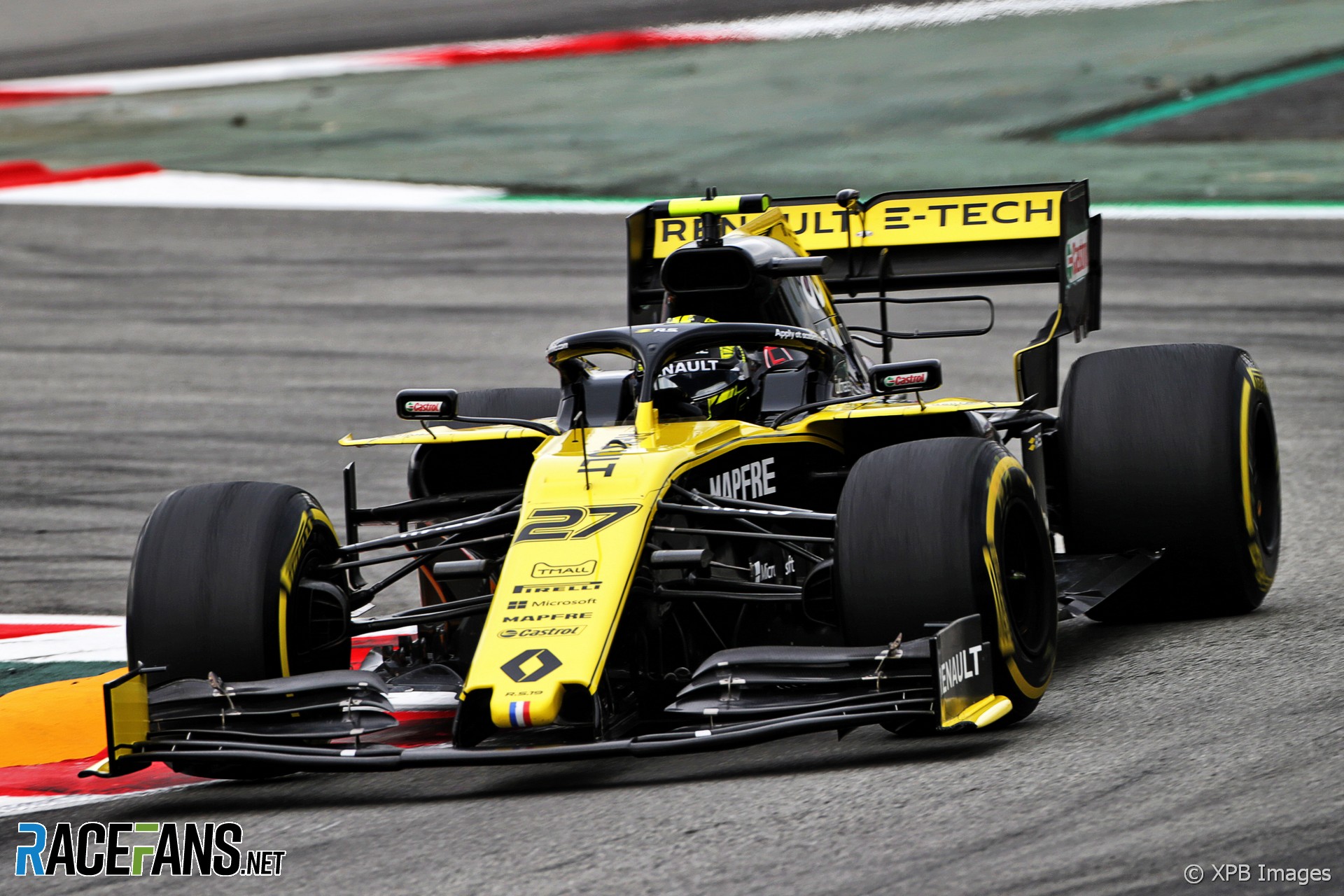 Nico Hulkenberg will start the Spanish Grand Prix from the pit lane after being penalised for changing his front wing specification during Q1.

According to the rules, after a car leaves the pits in Q1 “no parts may be added, removed or replaced” to its aerodynamic set-up.

Renault fitted a different front wing main plan section to Hulkenberg’s car after he damaged his first one in a crash at turn four. It did not declare that the two wings were of different specification, and FIA technical delegate Jo Bauer subsequently discovered the difference and reported the team to the stewards.

“The stewards reviewed the evidence from the technical delegate and sought clarification from the team sporting director. The sporting director advised that the team’s opinion was that the front wing main plane was ‘similar’ to the one it replaced however the team was willing to accept the view of the FIA technical delegate that the front wing is of a different specification from the one used during qualifying.

“Accordingly, the stewards determine that the competitor is required to start the race from the pit lane.”

Hulkenberg’s penalty means both Renault drivers have now been docked places on the grid. Daniel Ricciardo had a three-place grid penalty from the Azerbaijan Grand Prix.

Compare the differences between the front wing specifications which led to Hulkenberg’s penalty.