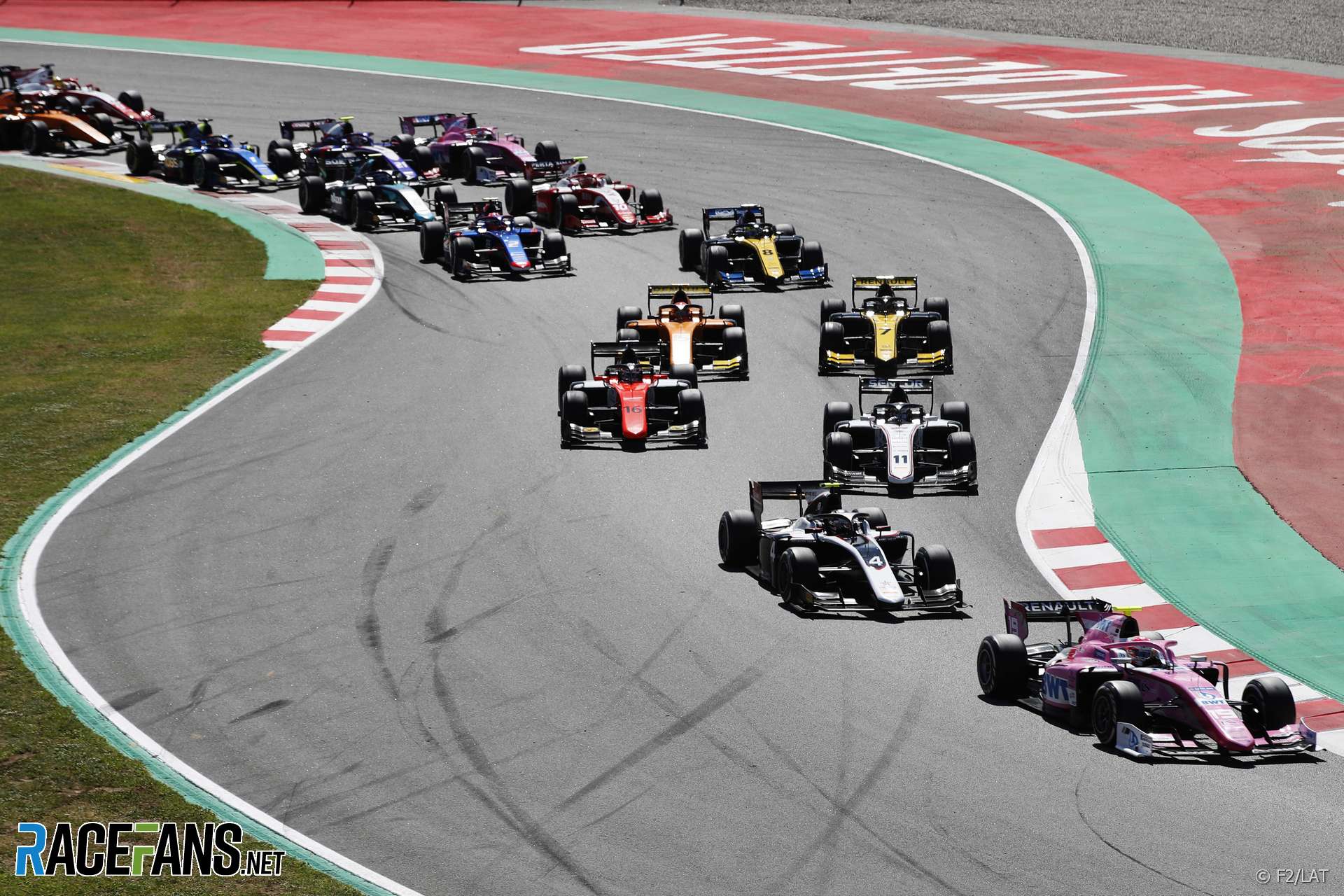 Nyck de Vries scored his first Formula 2 victory of 2019 after passing Anthoine Hubert in the sprint race at the Circuit de Catalunya.

Luca Ghiotto snatched second place from Ilott around the outside of turn one late in the race. The Uni-Virtuosi driver had already made his way past Jack Aitken, King, team mate Guan Yu Zhou and Hubert on his way through the field.

Zhou also demoted Hubert later in the race, but the former leader beat feature race winner Nicholas Latifi to the line by half a second. Nonetheless it was a useful morning for Latifi, who extended his points lead over Aitken.

The Campos driver endured a frustrating racing. He was all over Zhou at the start before the Safety Car was deployed, then lost out to Ghiotto when the race resumed. He was edged wide at turn one by King when the pair did battle, and respected the rule about not rejoining until turn three, which cost him a place to Latifi.

At the end of the race Aitken came under attack from Mick Schumacher. The pair tangled at the first corner and Schumacher took to the run-off but rejoined too soon and was handed a five-place grid penalty which restored Aitken to eighth.

The Safety Car was deployed after Nobuharu Matsushita’s car caught fire on the first lap. The Carlin-run machine was spectacularly ablaze as the driver leapt from the cockpit.