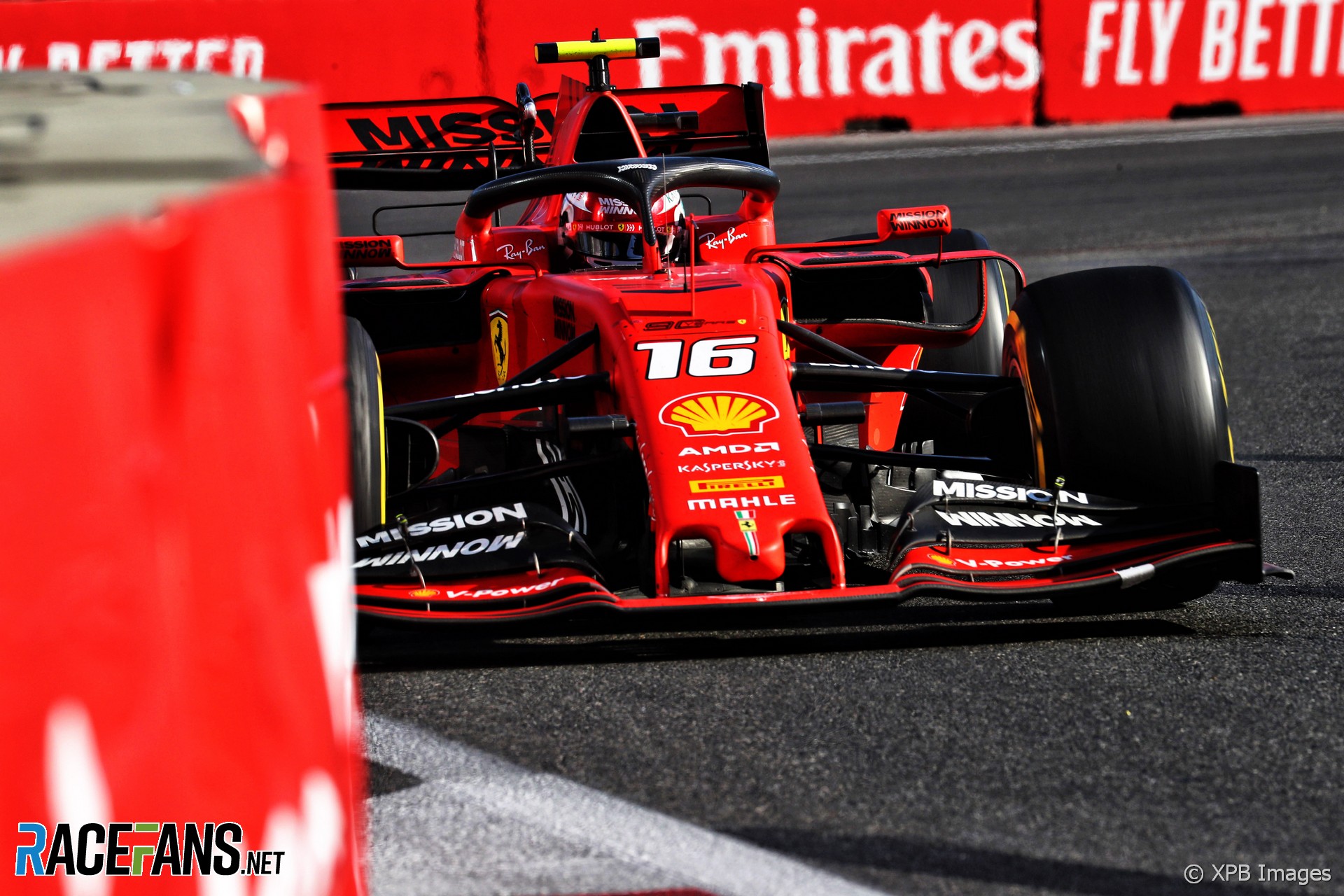 Charles Leclerc would have dominated the Azerbaijan Grand Prix if he hadn’t crashed his Ferrari in qualifying, Lewis Hamilton believes.

The Ferrari driver was consistently quickest throughout practice, but crashed in Q2 while trying to set a qualifying time on medium compound tyres so he could start the race the the strategic advantage of harder rubber.

Leclerc’s crash left Sebastian Vettel as the only Ferrari driver running in Q3. Vettel was unable to get a slipstream for his final Q3 lap, partly due to Mercedes’ ‘dummy’ practice start tactics, and was bumped back to third by the silver cars.

Starting on the medium would have put Leclerc at a greater advantage as the soft tyres did not work well in Baku, Hamilton added.

“There are races that we go to that, if you can get through on the harder tyre, it is better. Especially in a race like that where the start distance is so short, the benefit of a softer tyre is minimised.

“So if he’d started on that tyre we would not have seen him. He would have disappeared as we all struggled on the soft tyre throughout the race.”

27 comments on “Hamilton: Leclerc was two-tenths quicker than Vettel and would have dominated in Baku”