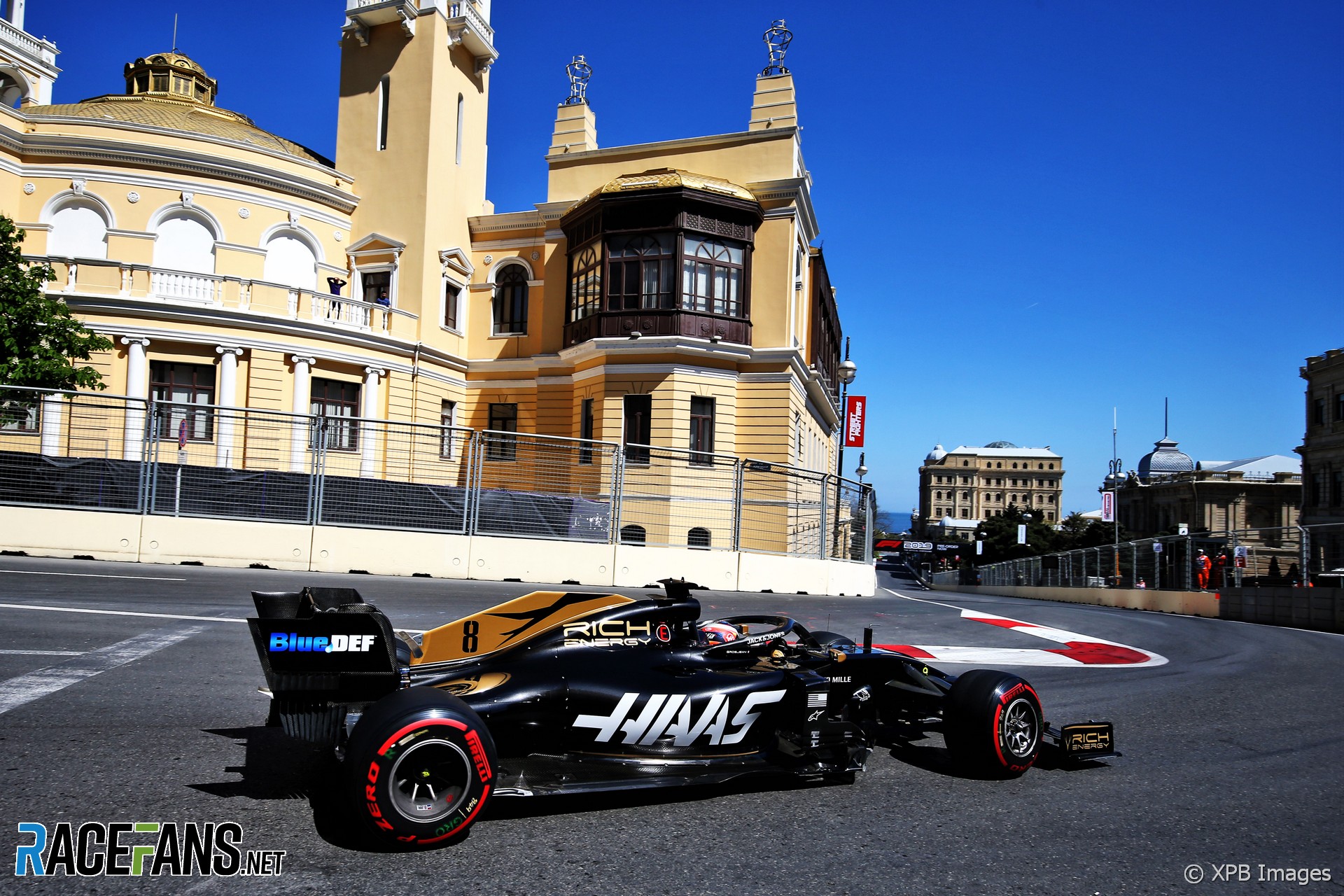 The brake failure which put Romain Grosjean out of the Azerbaijan Grand Prix was indirectly caused by the team trying to increase his tyre temperatures.

Haas has been unable to generate sufficient heat in its tyres in several races this year. The low-grip Baku circuit exacerbated the problem, prompting the team to try increasingly extreme solutions.

However team principal Guenther Steiner admitted they had gone too far in trying to use the heat from Grosjean’s brakes to warm his rubber.

“The brake gives you a certain amount of energy you can put in, there is not more,” he said. “The brake cannot create endless energy to heat the tyre up.

“The brake is not made to heat the tyre, because then you overheat the brake. As with Romain in Baku, at some stage we overheated the brakes because we tried to push too hard on it. But we had nothing to lose so we needed to try.”

Steiner hopes the longer and more frequent corners at the Circuit de Catalunya will make it easier for Haas to get their tyres into the correct operating window. “The long corners, the energy you put in where you lean on the tyre, that is where we get the heat into the tyre,” he said. “That is how you should get heat in the tyre anyway to start off with.”

He said the problem is dominating their season at the moment. “We just need to get in the window by running the tyres warmer,” said Steiner. “It sounds almost too simplistic so you would be asking why we are not doing that. We don’t know how to get the temperature in the tyre, that is what I mean by that.

“We are not the only ones – maybe we are affected more than other people, I fully admit that – but I think there’s a lot of people which are in the same boat. When we are talking on Monday we talk ‘was I in the window or not’? We don’t talk about how good the race or what happened, we keep on talking about tyres. ‘I was in the window, I was not in the window’, everything is about the window at the moment.”