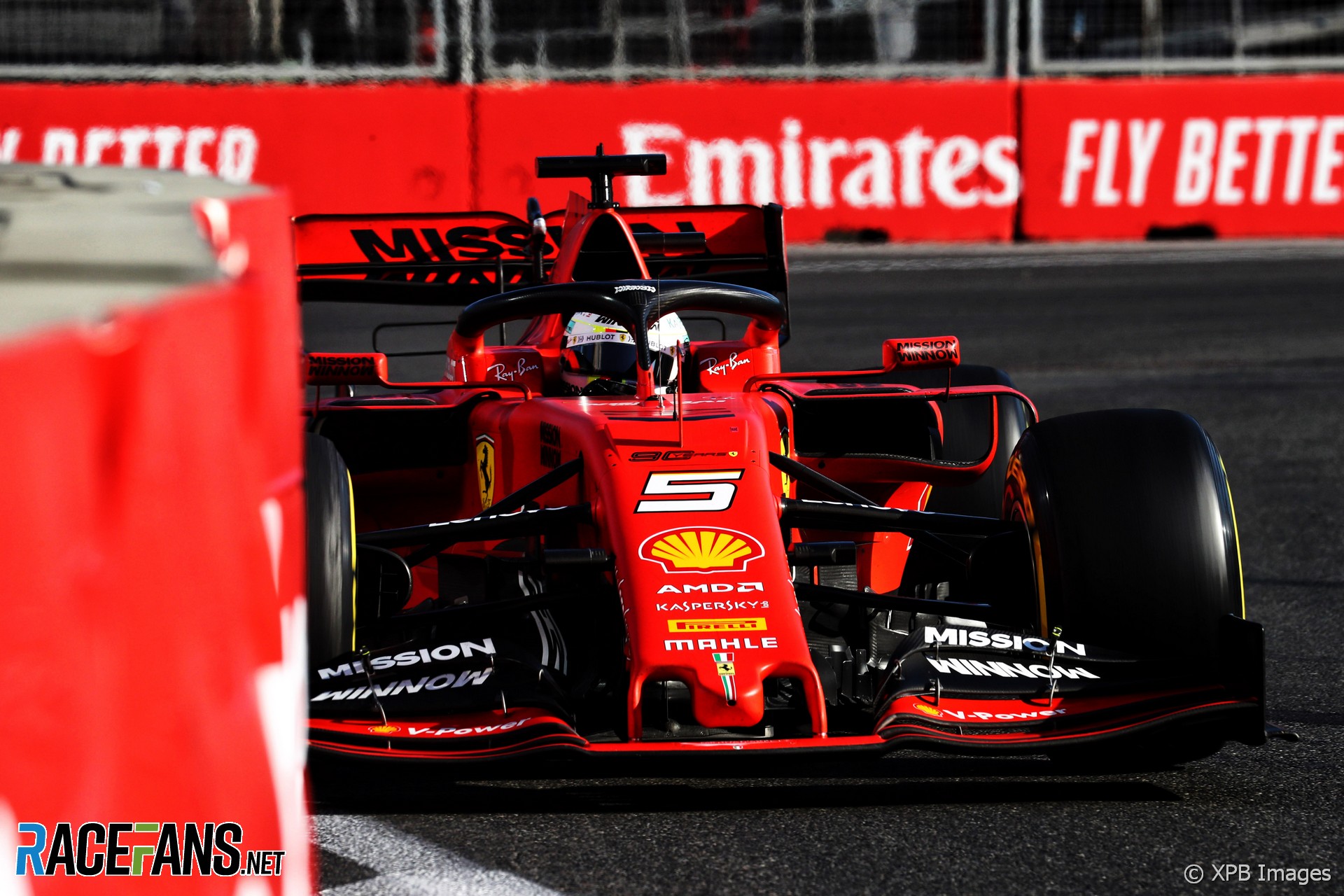 Ferrari hasn’t been as competitive as it appeared to be in pre-season testing because it can’t get the best out of its tyres, Sebastian Vettel has admitted.

“We have the tools, we just need to put the package together, that seems to be the struggle,” Vettel admitted after finishing behind the Mercedes drivers again in the Azerbaijan Grand Prix.

“I think we struggle a bit more with the tyres this year than previous years.”

Pirelli has revised its tyre construction since last season and Vettel believes Mercedes has sussed the changes more quickly than Ferrari.

“It seems just easier for them to click and to happen whereas for us [it’s a] bit more difficult. I think the secret so far this year on average, if you’re fair, have been the tyres, and maybe we are missing something.”

Mercedes’ dominance of the first four races has been “boring”, he said. “It’s not just four races it’s been four years, more or less.”

“We are pushing as hard as we can but obviously you need to respect that they’re doing phenomenally well. Their car is most of the time in the right place. But I’m confident, I believe in this team and I know we can improve.

“We have a good car we just don’t manage yet always put it where it belongs so it’s difficult to have the trust and the feel but I’m sure it’s going to turn around.

“It’s like a magic cube or a Rubik’s cube, you just need to solve it. I think we have a lot of people that can do the Rubik’s cube under a couple of minutes, we have really clever people. But I think we’re working on a large size Rubik’s cube.”

36 comments on “Ferrari are “struggling more with tyres than in previous years”, admits Vettel”