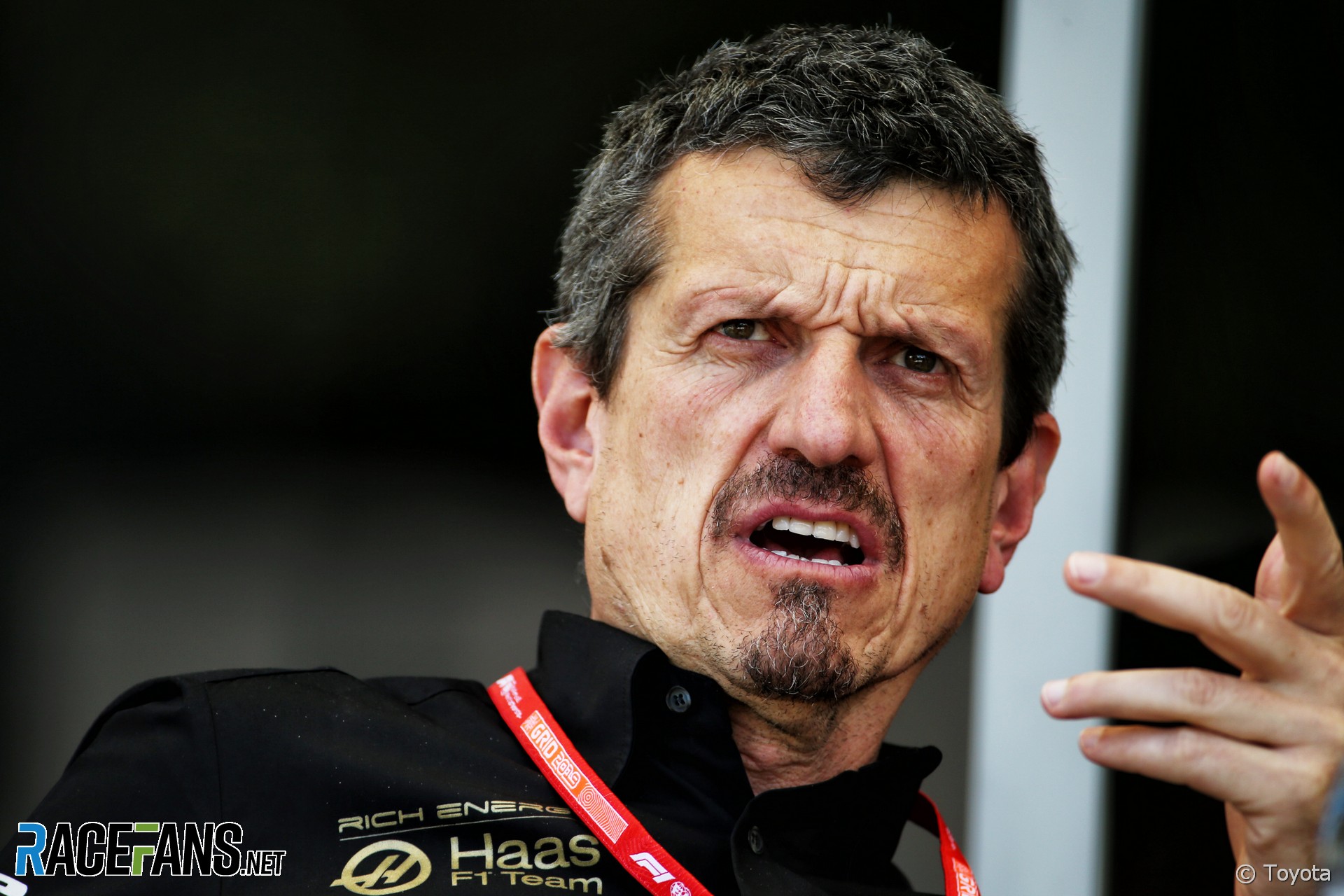 In the round-up: Haas team principal Guenther Steiner is frustrated that the team’s struggles with the latest generation of Pirelli tyres means it cannot get the best out of its VF-19 chassis.

It’s just who is [struggling] more or less. And we are more. It’s so disappointing you know because we have a good car.

We spend millions and millions to develop these cars and then we are out of the window and we cannot get going.

Unfortunately there is unsubstantiated news circulating this morning regarding the agreement of a new deal for the British Grand Prix at Silverstone. At this time we can confirm that we have not agreed a contract however talks are still progressing.

We are disappointed to announce that our @FIAWEC LMP1 #10 @DallaraGroup @gibsontech1 entry will not race this weekend @ Spa. We have not been able to acquire the electronics that needed fixing after our DNF at Sebring. A little time, a test and focus on @24hoursoflemans pic.twitter.com/EORkOfbNO1

Some renders of the cars (unlicensed) I built for the @PlayMotorsport Motorsport Manager games. Modelled in @FoundryModo as always! @TheFoundryTeam #gamedev #gameart pic.twitter.com/pHjvuvOFcQ

Tribute to Roland Ratzenberger, young @F1 hope, tragically passed away on 30th April 1994 in Imola. We remember him #F1 pic.twitter.com/Uuy27iRW2f

Claire Williams: "Frank never spoke to anyone about it. He internalises and keeps it all in. That is how he has been brought up, but you can see the pain in his eyes every time he thinks about the accident."

"The drivers entering the provisionally named F4 Dream Cup Race will have a 30-minute qualifying session on the Friday of the grand prix, with an eight lap race on both the Saturday and Sunday."

Alejandro Agag: "We're talking to Budapest - definitely. I would like to race there."

"The image of Roland Ratzenberger’s Simtek-Ford coming to rest after its heavy crash in the fast Villeneuve kink is haunting to this day. Rudolf Ratzenberger, now 85, saw it on TV, at home in Salzburg, Austria. 'When I saw his head, I knew it was over,' says Rudolf."

Was Lewis Hamilton correct to imply Nico Rosberg broke Mercedes’ “rules of engagement” when they were team mates?

The first incident was Bahrain 2014 when they fought hard but fair. Maybe Hamilton overstepped when he chopped across Rosberg going into turn two for the 1st time but it was marginal. The incidents in turn four were just normal running the person on the outside off the track if they are not really ahead by the apex.

Then there was Monaco 2014 when Rosberg binned it. It looked dodgy from the onboard and Hamilton has seen the data so he knows if that was on purpose or not.

There was also Canada 2014 where Rosberg forced Hamilton wide at turn one which dropped Hamilton behind Seb.

Then there was Spa 2014 when Rosberg punctured Hamilton’s tyre. Funnily enough Rosberg said this was because he was not going to move out of the way of Hamilton and give no quarter but Hamilton took the same line Rosberg used against Schumacher a few years prior so that came off as a bit dishonest in my opinion.

In reality Hamilton just stepped it up to where Rosberg set the bar.

On the other hand when you look at Bottas versus Hamilton they have not made contact once and they have not forced each other off the track either. They both seem to race cleanly and they can both accept when they are defeated without putting each other in move or crash situations.
Andrew

RaceFans will mark the anniversary by publishing a new, exclusive interview with his karting mentor and mechanic Lucio Pascual Gascon, better known as ‘Tche’, later today.