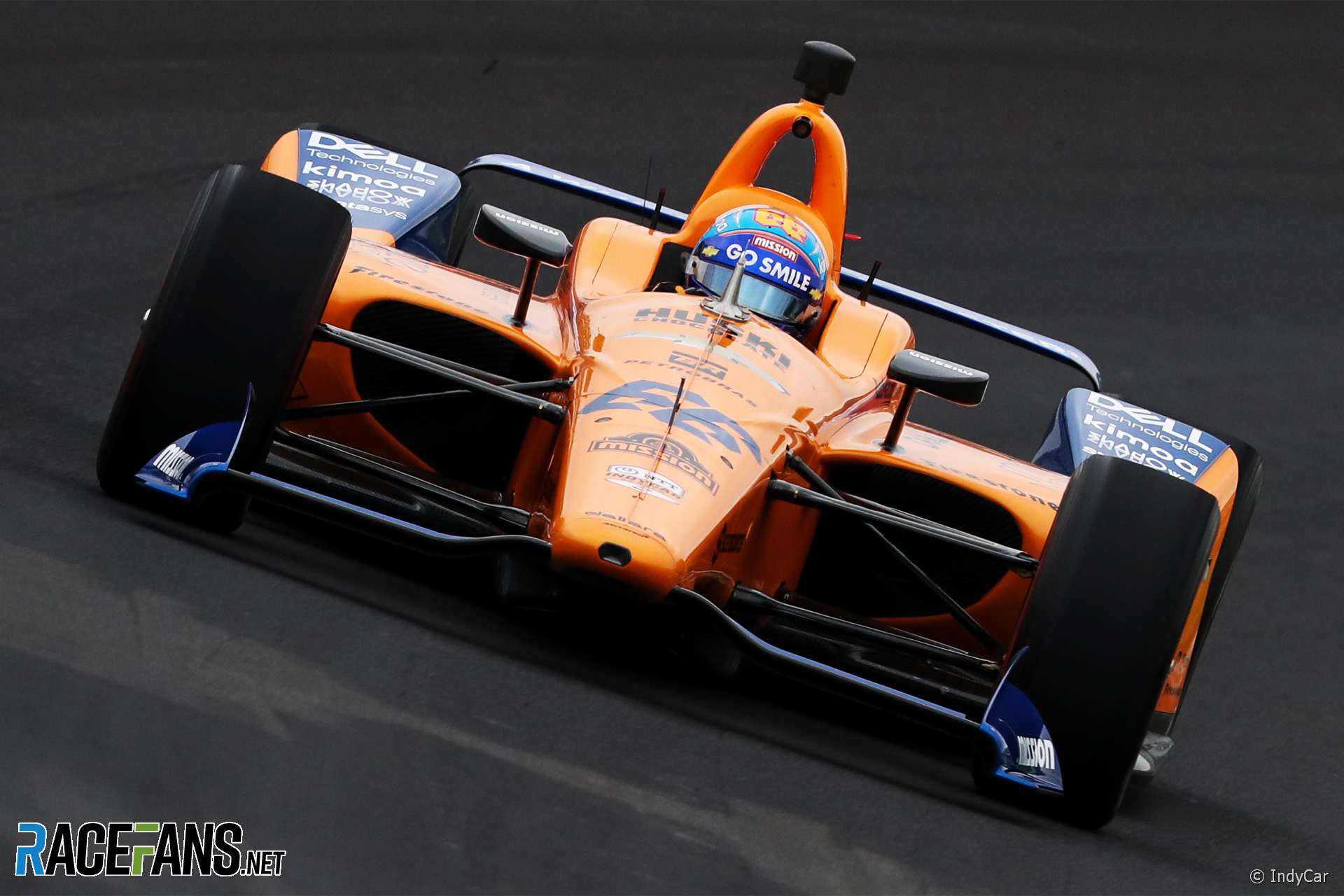 IndyCar has confirmed a total of 36 entries for this year’s edition of the Indianapolis 500. The drivers for all bar two of the cars have been revealed.

As only 33 cars will start the race, three drivers will face elimination in the qualifying session one week before the 103rd running of IndyCar’s most famous race.

Among this year’s entrants are Fernando Alonso, who is making his second attempt to win the race in a McLaren-entered car powered by Chevrolet. McLaren has won the Indy 500 on three previous occasions, once as a customer and twice as a constructor, between 1972 and 1976.

Alonso is seeking to become the second driver after Graham Hill to completed a ‘triple crown’ of motor racing successes in the Monaco Grand Prix, Le Mans 24 Hours and Indy 500.

Among his competitors are seven past winners of the race. They include series regulars Scott Dixon, Will Power, Tony Kanaan, Alexander Rossi, Ryan Hunter-Reay and Takuma Sato. They will be joined by three-times winner Helio Castroneves, who is aiming to tie the record for most wins in the race held by four-times winners AJ Foyt, Al Unser and Rick Mears.

Former Sauber Formula 1 driver Marcus Ericsson will make his debut in the event, as will Formula 2 driver Jordan King, Felix Rosenqvist, Patricio O’Ward, Ben Hanley and Colton Herta. The occupant of the third Schmidt-Peterson entry and sole Juncos car are yet to be confirmed.

Both of the drivers who entered last year’s race but failed to qualify, James Hinchcliffe and Pippa Mann, will return for another attempt.