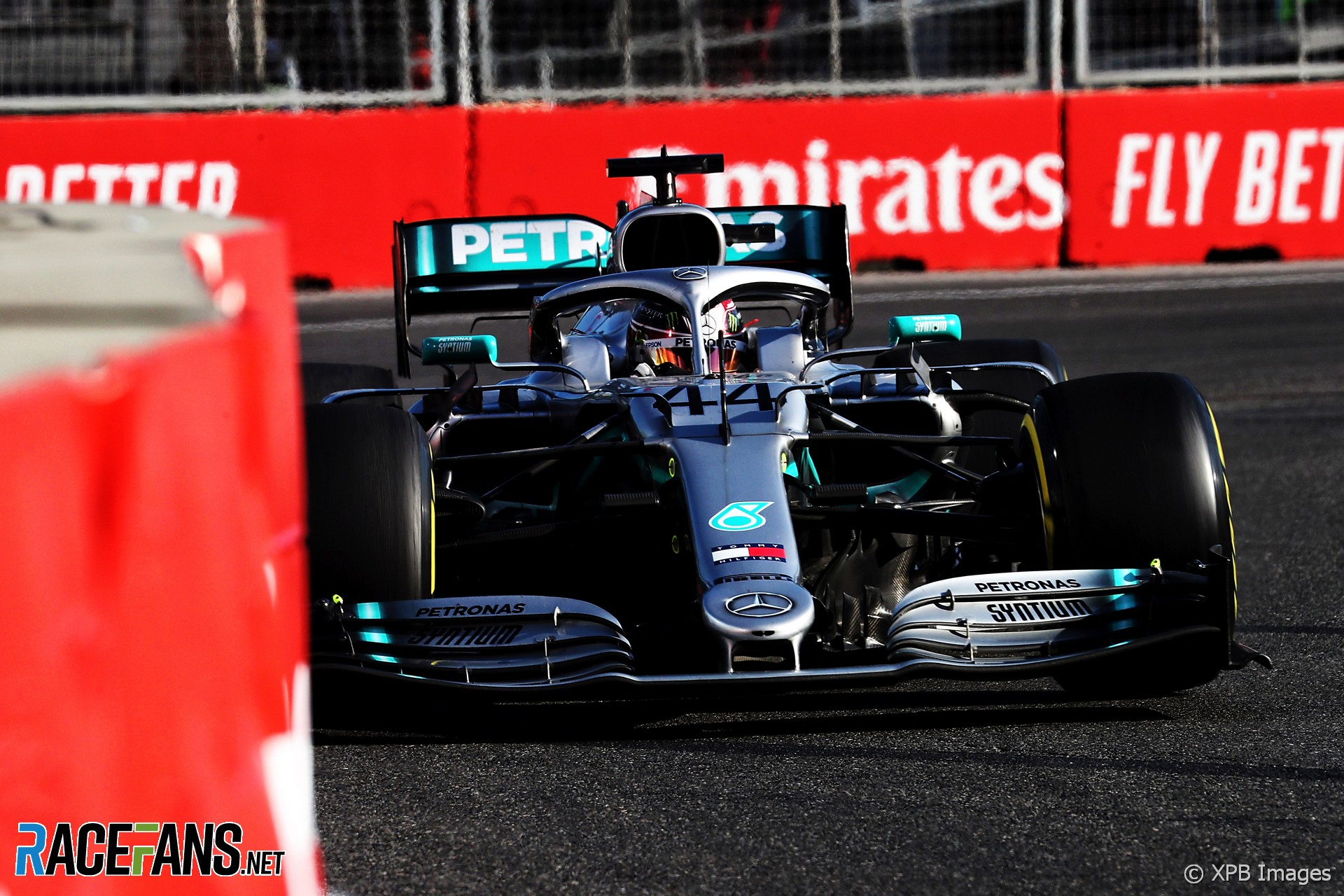 Lewis Hamilton wasn’t to blame for the time he lost at the end of the Virtual Safety Car period in the Azerbaijan Grand Prix.

Hamilton took responsibility for the time he lost to race-leading team mate Valtteri Bottas when the VSC period ended on lap 41 of Sunday’s race. “I lost two-and-a-half seconds, or whatever it is, under the VSC,” he said following Sunday’s race. “That was my fault and something I’ll work on.”

However Mercedes motorsport strategy director James Vowles explained Hamilton’s time loss was partly due to the timing of the VSC period and his need to make engine settings changes at the time.

“We asked Lewis to do a number of switch changes, which is normal, to put the car into a more ‘performant’ mode,” said Vowles. “But with every change, he lost sight of what [the] delta time was.

“The other factor that was contributing here was that if you are in a straight line – for example, turn 16, long straight – and the VSC ends, all you have to do is get on the throttle and go straight.

“But Lewis wasn’t, he was in a braking zone for a VSC, one of the most difficult situations because it’s very difficult to modulate where you are on the delta time and get ready for the VSC restart.

“A combination of all of that put together means that Lewis didn’t make a mistake. It’s where he was on track and a number of switch changes that just masked where he was in exact delta time and he lost around two seconds.”

Hamilton was in turn seven when the VSC ended, while Bottas was at the exit of turn eight.

“We, from our side, can certainly do more work to make that better in terms of a dash display [in] Barcelona, and we will do,” Vowles added. “The luck of the draw as to where you are under the VSC, unfortunately, will always be the same way.”

Mercedes team radio messages from the end of the VSC period