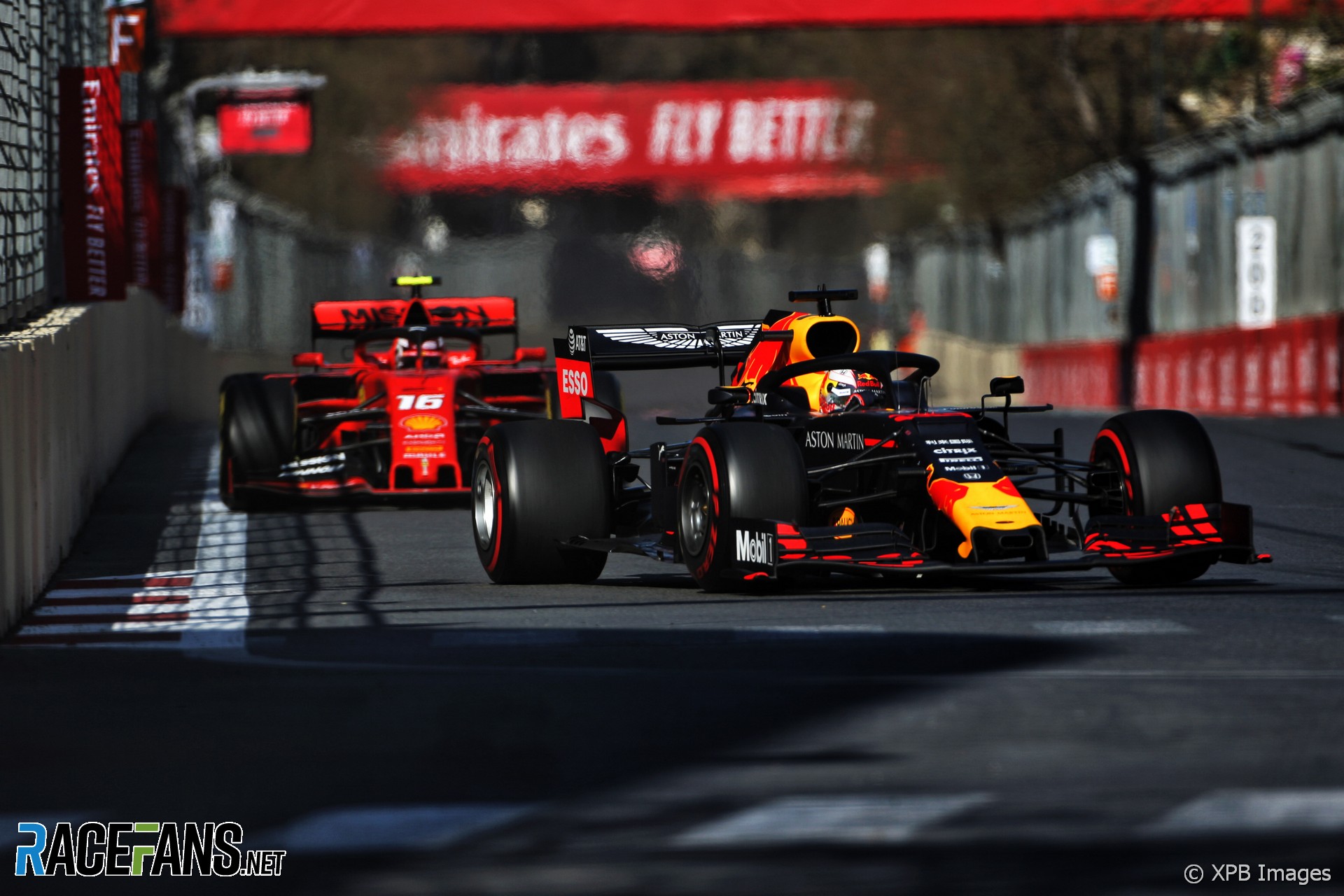 Max Verstappen says he is unconvinced by the recently-introduced rule which awards a bonus point to the driver who sets the fastest lap of the race.

The fastest lap bonus point was reintroduced at the beginning of 2019, 60 years after it was last used. It is only awarded if the driver who sets the fastest lap of a race finishes inside the top 10.

Verstappen said the rule hands an advantage to whichever driver is running last among the leading teams.

“The problem is that most of the time the top three teams one of their cars will have an issue at one point or it’s just a bit slower and they can always then pit because the gap behind is so big,” said the Red Bull driver. “It just makes the gap to the teams behind even bigger if you keep adding a point to the top teams.”

“I don’t see the benefit of it because as soon as one of the top two is taking the point the guy in sixth is pitting to and that particular team is not getting the point.”

Verstappen’s attempts to score the bonus point in Azerbaijan were thwarted by Charles Leclerc, who was able to make a ‘free’ pit stop due to the large gap behind, and ran his engine in qualifying mode for one lap to ensure he would secure the extra point.

Verstappen’s team mate Pierre Gasly scored the point for fastest lap using similar tactics in China, as he had enough of a gap to make a pit stop to change tyres to secure the bonus.