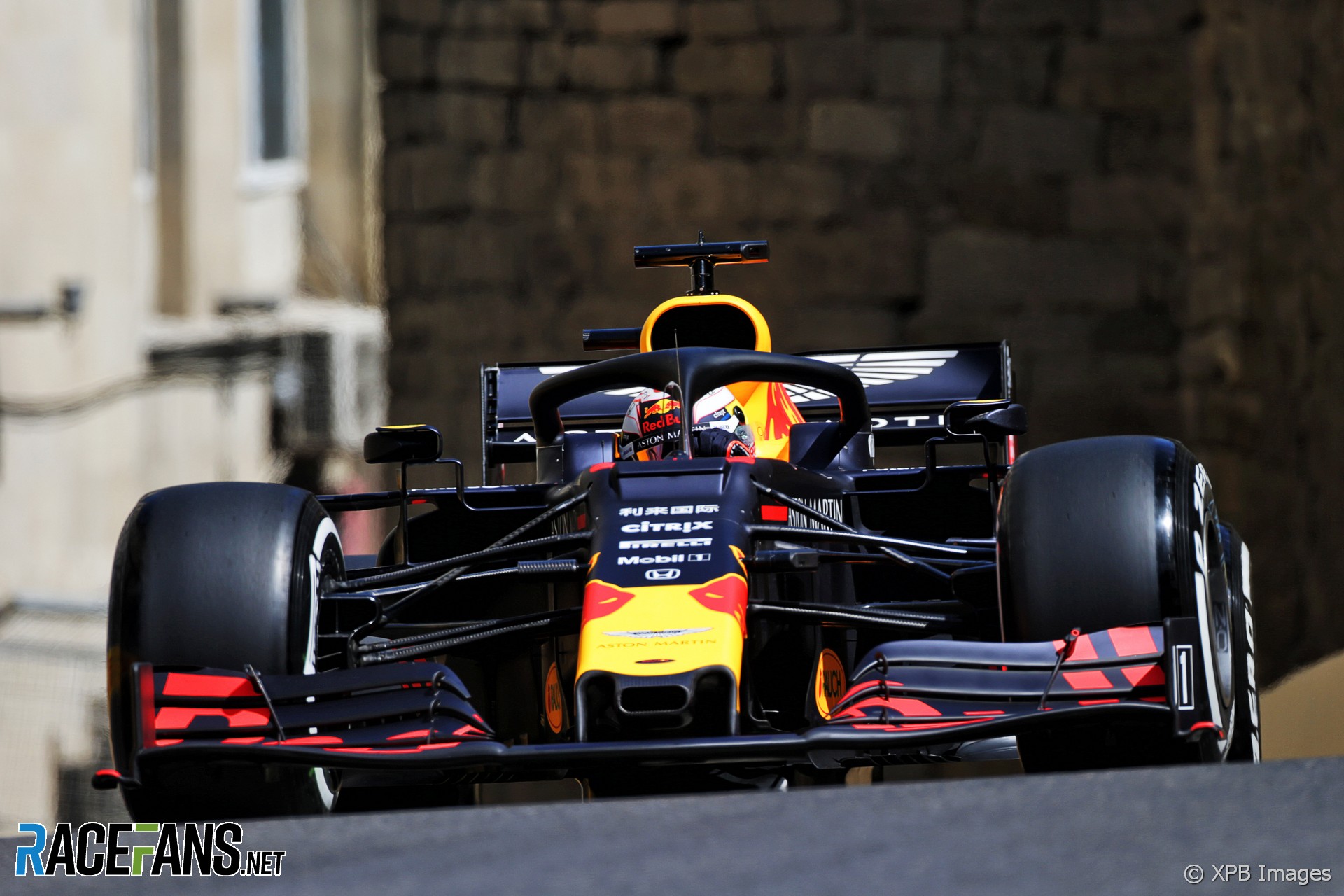 Max Verstappen says he could have attacked Sebastian Vettel for third place in the Azerbaijan Grand Prix if it hadn’t been for a Virtual Safety Car period which was triggered by his team mate.

Pierre Gasly came to a stop with a suspected driveshaft failure on lap 39, at which point Verstappen had closed to just over three seconds behind Vettel.

“I was catching up seven, eight seconds over that stint so that was all good,” said Verstappen. “But as soon as we got to the Virtual Safety Car I lost a lot of [tyre] temperature.

“It seems like our car is maybe a bit more sensitive or we’re just not on top of the tyres. I don’t know otherwise we would of course fix that.

“It was a lot more difficult after that. We were just sliding around a lot and around here if you don’t have the grip you can’t take the speed into the corner and you lose a lot of lap time.”

At the end of the Verstappen was almost six seconds behind Vettel. “It was all looking good for us if there was no Virtual Safety Car,” he added.

Verstappen believes Red Bull can make more progress with managing their tyre temperatures, but suspects the Baku circuit made the problem worse. “I think it’s just something on this track where it’s already very slippery,” he said. “It seems like we are just not on top of it yet.”