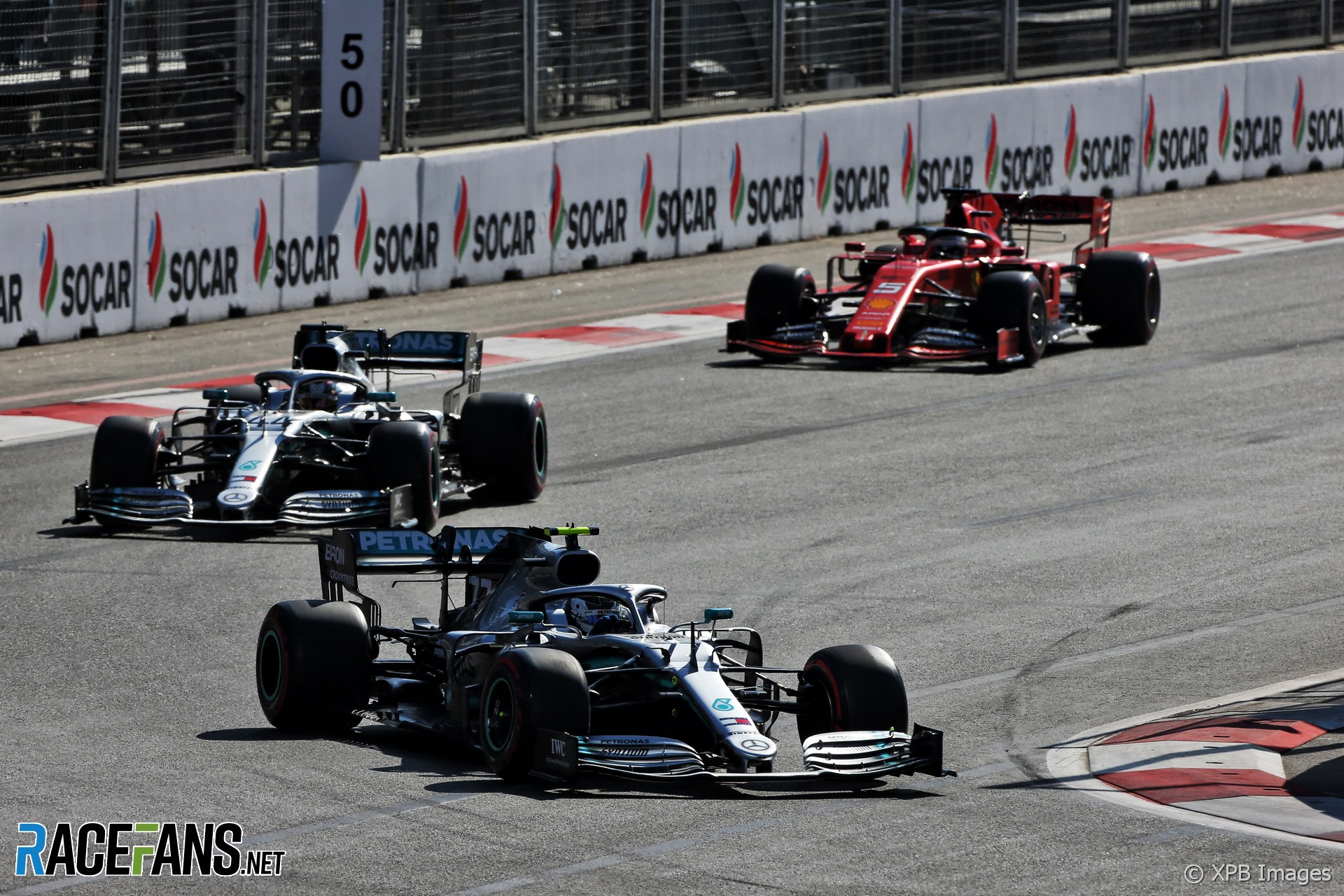 Mercedes team principal Toto Wolff said the team did not call off the fight between its drivers during the Azerbaijan Grand Prix and intends to continue letting them race each other.

Lewis Hamilton put race leader Valtteri Bottas under pressure in the final laps of the race but when asked by RaceFans Wolff said the team would not have considered calling off the fight between its drivers.

“No, [we] let them race,” he said. “I think we did, they are experienced, they know that racing must be clean, we see lap one was very clean. And this is a track where we mustn’t take crazy risks because you could lose both of the cars.”

Wolff was seen talking on the radio in the closing stages of the race but made it clear he hadn’t intervened in the fight between the pair.

“When we talk to the drivers it’s open, everybody can hear them. But then obviously you have intercom which is only an internal line.

“It was more a discussion with a group of strategists on the pit wall. It was a discussion whether Vettel would actually come close, whether we would save the engine, it was about whether Leclerc or Verstappen would go for fastest lap, it was more an overall discussion.

“We acknowledged that it could get a little bit racy at the end, but we didn’t talk to them.”