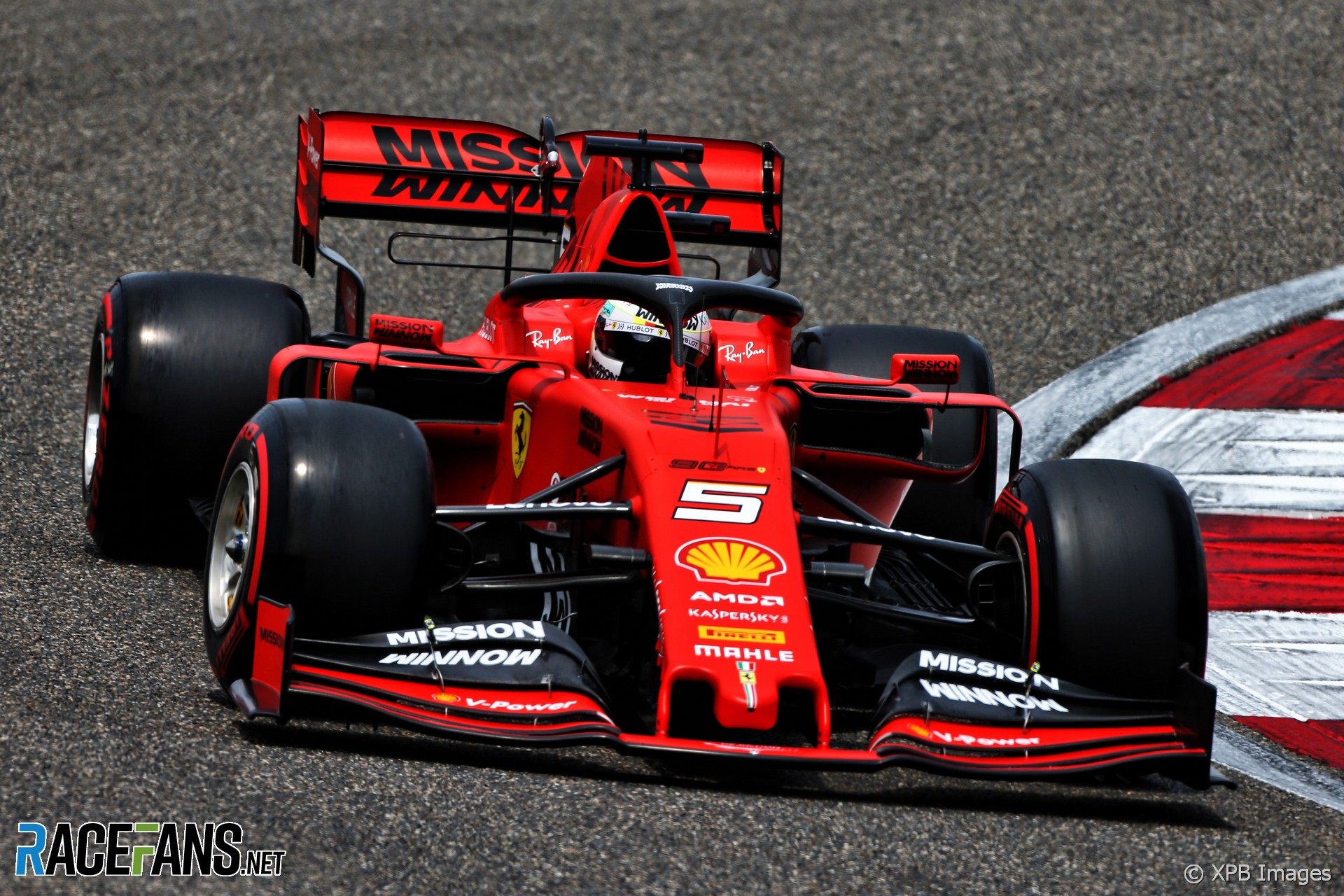 Sebastian Vettel has explained his post-qualifying team radio message at the Chinese Grand Prix which suggested he believed he could have beaten Mercedes to pole position.

Speaking to media ahead of this weekend’s Azerbaijan Grand Prix Vettel said he had been surprised by a change in the wind direction at the end of Q3.

Vettel was just 0.012 seconds slower than Hamilton in the first sector in qualifying but lost most of his time to the Mercedes driver in the final sector which includes a long, 1.4-kilometre straight.

“Inside the car I just lost a lot of time down the straight but I think that goes for everybody,” he said. “After the qualifying I also checked, I lost around two-tenths down the straight. But I know other people did as well.

“At that time I didn’t know it was just me with a headwind. That’s why I thought we had it, then we lost it obviously going down the straight.”