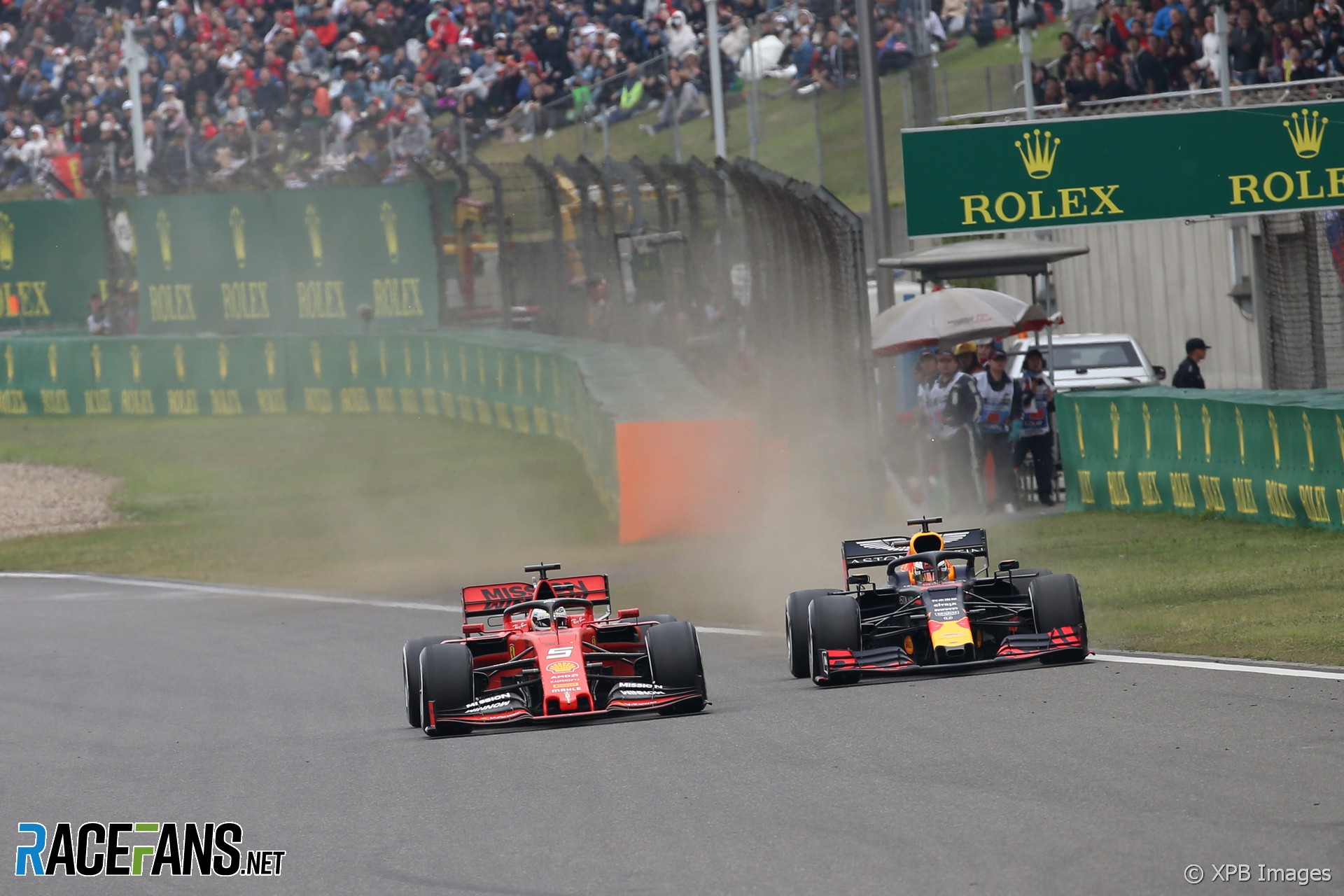 Max Verstappen said Sebastian Vettel’s driving was hard but fair when the pair went up against each other during the Chinese Grand Prix.

The Red Bull driver tried to dive up the inside of the Ferrari at turn 14 but ran wide, and was edged aside onto the grass by Vettel who re-took the position.

“It was alright,” said Verstappen. “I tried [to pass] under braking because his tyres were a bit cold. Then on the exit he made it quite close but I would have done the same.”

However Verstappen doubts he would have been able to keep Vettel behind even if the move had been successful. “He would have overtaken me again because I was just not quick enough on that hard tyre.”

Verstappen finished the race fourth between the two Ferraris. “We maximised the result today,” he said.

“From Friday to Saturday Mercedes took a step forwards here, I never expected to fight them.

“We were in the fight with Ferrari, just lacking a bit in the middle stint where they pulled away from us.

“The first stint and the last stint was actually alright. It seemed on the hard tyre we were not that happy. But in general I think today also the wind picked up a little bit so I was struggling a little bit more with that, I was a little bit more sensitive to it. But that’s how it goes.”