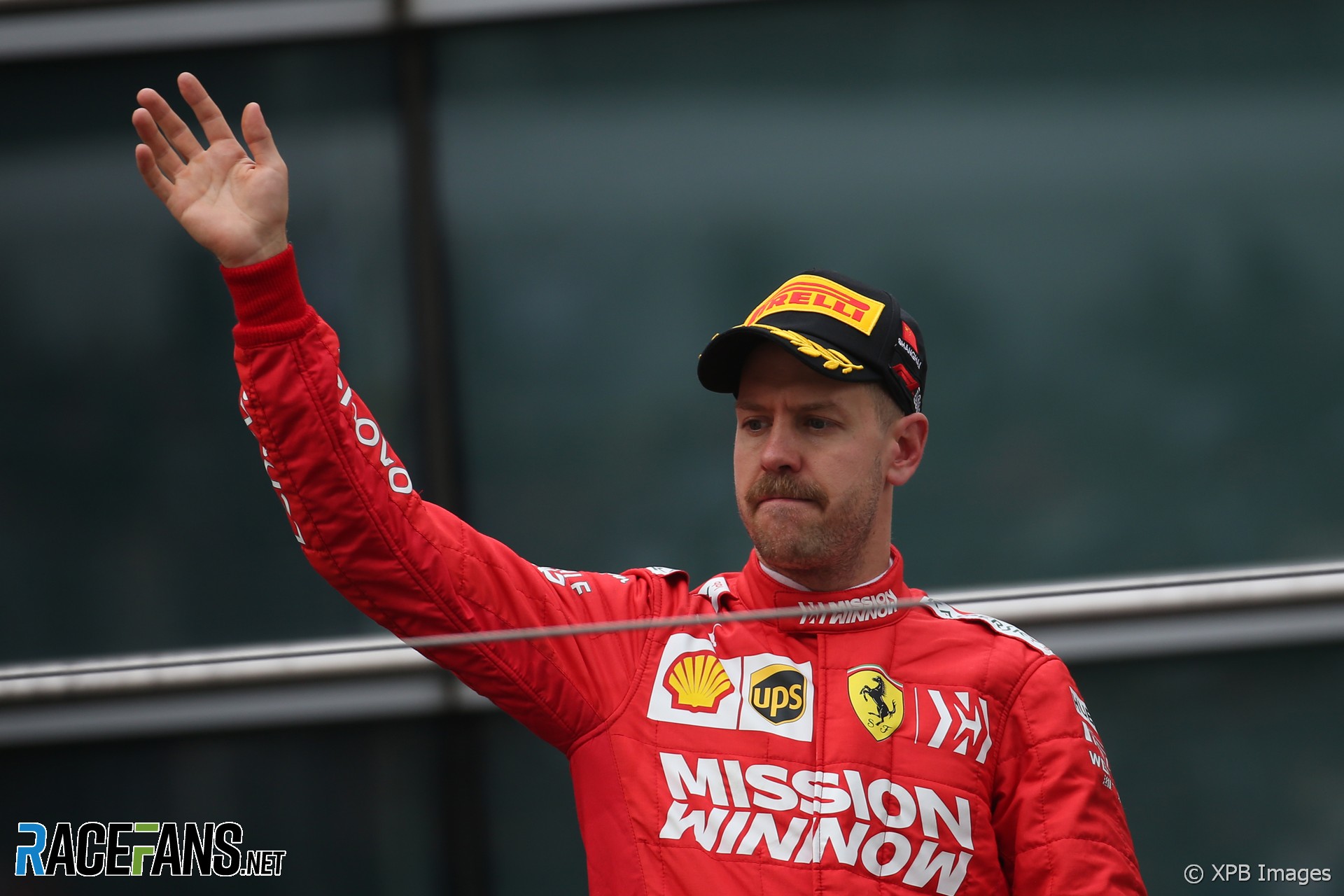 Sebastian Vettel said he expected he would be able to lap more quickly than he did after Ferrari told Charles Leclerc to let him through during the Chinese Grand Prix.

Ferrari swapped their drivers in the first stint after asking Vettel if he could lap quicker than Leclerc, who was running ahead of him. At the time Vettel replied that he could, but at the end of the race he apologised to the team for not making more progress once he was waved by.

“Sorry for the first stint,” said Vettel on the radio. “I thought I could go quite a bit faster.”

Speaking in the FIA press conference after the race Vettel explained how the change of positions came about.

“I felt I was faster in the car,” he said. “I was asked if I can go faster. I answered that I felt I can. I was a bit surprised when I was in free air, not surprised, but I was struggling a bit to put the laps together.

“Once I found the rhythm I think I was able to chip away but obviously the objective was to try and catch Mercedes at that point obviously the gap was already quite big.”

Ferrari also imposed team orders on its drivers in the previous two races, also in Vettel’s favour. He complained about the way some media have covered the team’s tactics.

“I knew the moment it was happening that I would have to face these questions. I’m not sure I want to answer because I’m a little bit against the way that you, all of you work because you take bits out of answers here and there and put it into the wrong light.

“So if you ask me again in half an hour in the paddock maybe I’ll give you a straight answer and you don’t write it down. It seems the way that not maybe all of you but some of you are working. ”