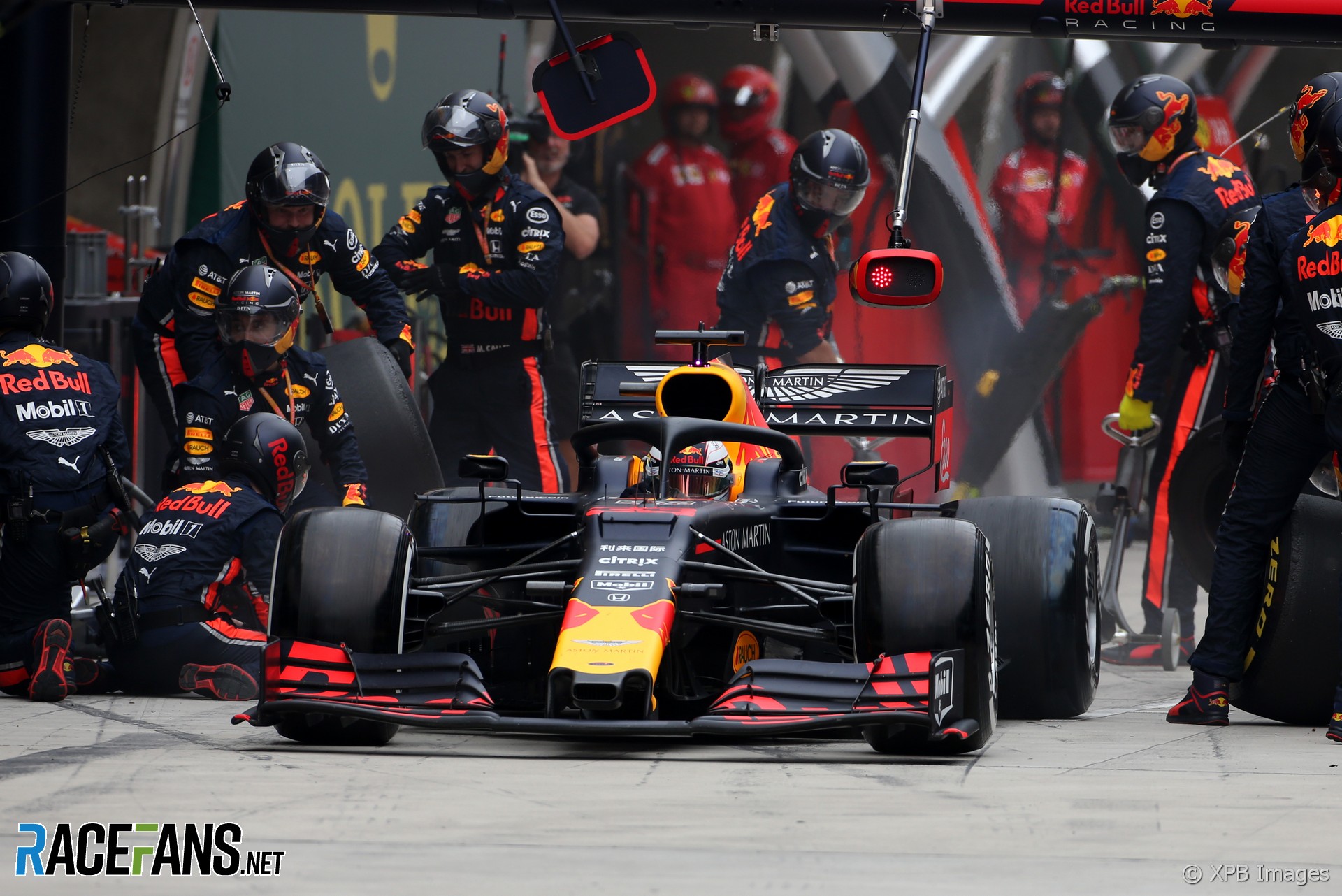 Red Bull were able to beat one of the quicker Ferraris thanks to their strategy in the Chinese Grand Prix, says team principal Christian Horner.

Max Verstappen finished between the two Ferraris after the team pushed their rivals into committed to two-stop tyre strategies.

“We sort of triggered off the two-stop for everybody else,” Horner explained. “Our rationale was pretty clear, early on we decided that the most upside we might have was in the event of a two-stop, particularly of there’d been a Safety Car around and others had elected to stay on the one.”

After Verstappen made his second pit stop Ferrari quickly brought Sebastian Vettel in and later made a second stop for Charles Leclerc too. The latter came out behind Verstappen and was unable to catch him.

“I don’t think we had a faster car than Ferrari today,” said Horner. “So our best way of beating at least one of their cars was going onto the two-stop. That then sparked some discussion between Sebastian and his pit wall as to whether they were going to stop or not, but in the end they covered, and Mercedes ended up having to cover him, and then Leclerc got hung out to dry a little bit. So for us P4 was the maximum today.”

Red Bull corrected a set-up error on their car after the Bahrain Grand Prix and Horner said they were clearly more competitive as a result.

“Definitely I think we’ve made a step forward from Bahrain,” he said. “We were definitely more competitive this weekend.

“You look on the overlays, particularly sector one, sector two we were in good shape. Sector three we’ve got some work to do but I think we’ve got some upgrades and so on coming soon that will help with that. So generally on that side a positive weekend.”