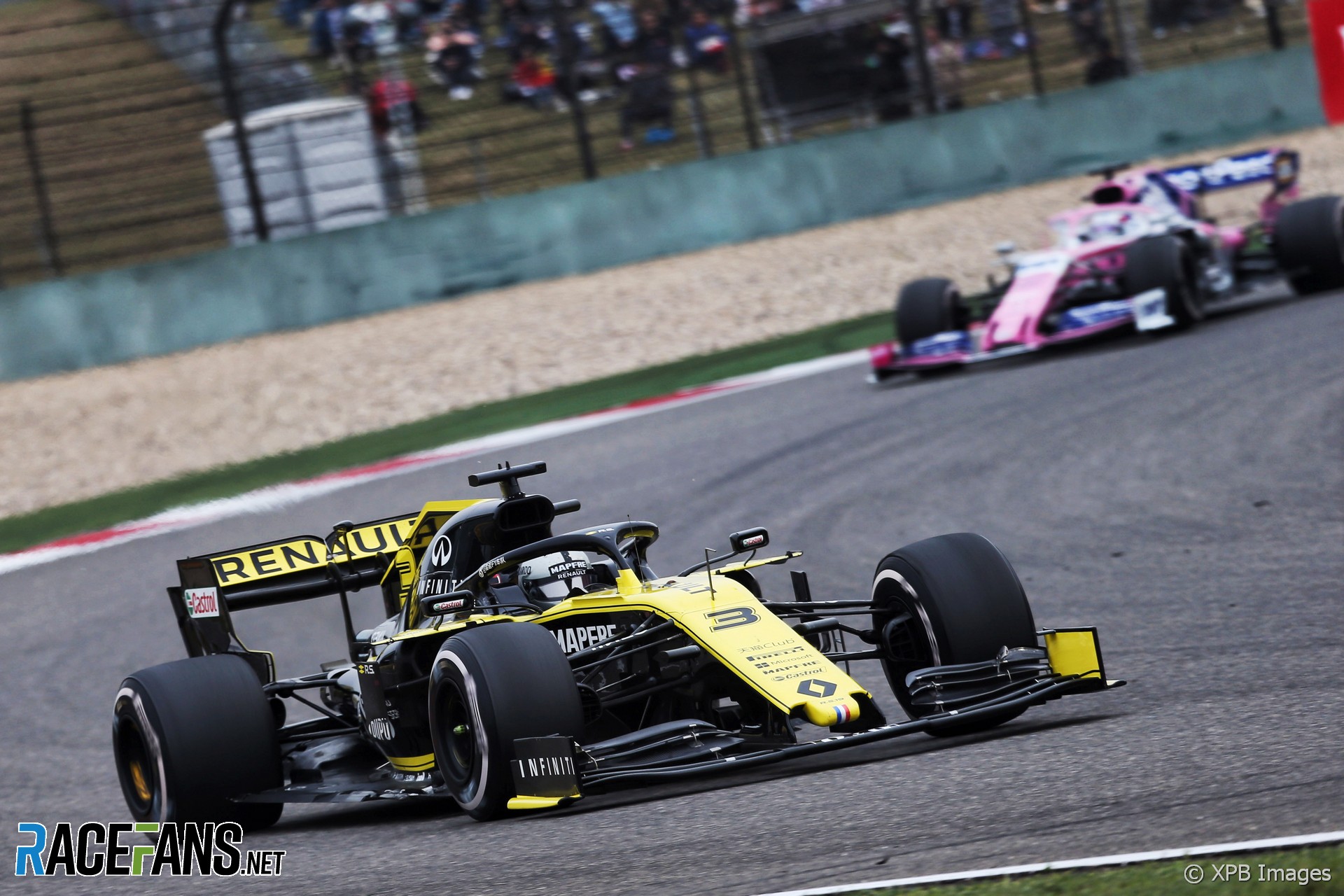 Ricciardo followed the Mercedes, Ferraris and Red Bulls home, scoring his first points since he joined Renault from Red Bull this year.

However he spent much of the second half of the race under pressure from Sergio Perez’s Racing Point.

“I was a bit surprised by Perez’s pace in the race,” he admitted. “Ideally we want to stretch the gap to the others but he had a really strong one.

“So I think there’s still certainly some areas we can improve. But generally speaking if we put the weekend together we should be at the front of that group.”

He was the only driver to start the race on used soft tyres and finish the race with a single pit stop. “Considering obviously [in] Bahrain we tried it [and] it didn’t work out for us, I’m happy that we made it work today,” he said.

“It wasn’t easy. Perez was actually really quick, pushed me the whole race. I was trying to manage the gap for a moment but then he was coming so I just had to go.

“Towards the end it was getting a bit tricky but I think he was also suffering so it’s didn’t make it too tense the last few laps which was good.”