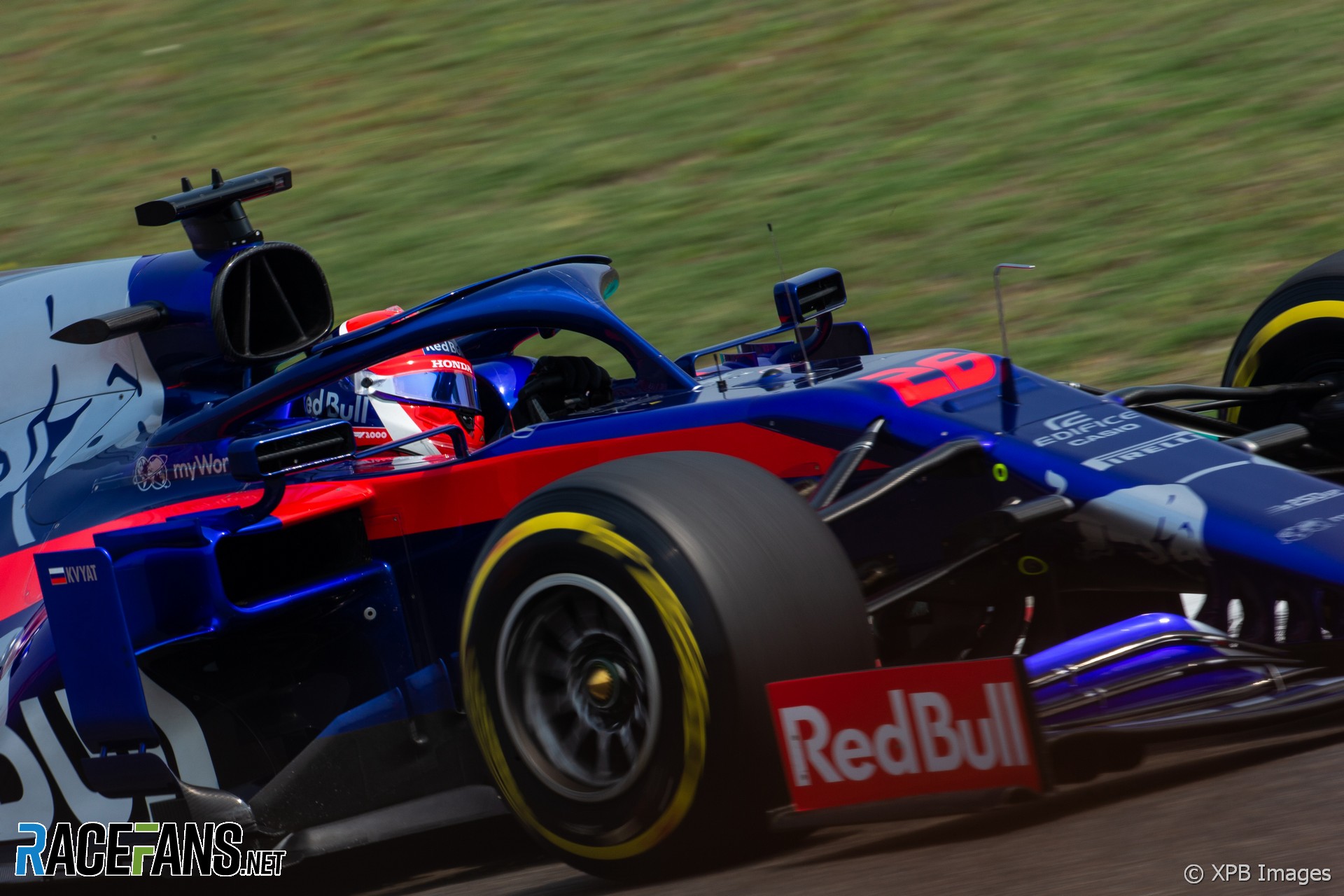 Daniil Kvyat says the stewards were wrong to give him a drive-through penalty for his first-lap collision with the two McLaren drivers.

The stewards ruled the Toro Rosso driver was “wholly to blame” for the collision because he “lost control of his car”. However after reviewing the collision Kvyat disputed the decision.

“I have seen the first lap incident with the two McLarens and I disagree with penalty,” he said. “I think it was a typical lap one sandwich and these things can happen as we’re so close together.”

Kvyat tangled with Carlos Sainz Jnr intially, which sent him into the side of Lando Norris. Both McLarens had to pit for repairs and Kvyat’s drive-through penalty dropped him out of contention.

Toro Rosso team principal Franz Tost backed his driver. “[He was] hit from behind which destabilised the car,” said Tost. “At the same time, Norris returned to the track after going wide and hit Daniil’s front left-hand side of the car.

“In my opinion, Daniil couldn’t do anything different, nevertheless the stewards decided to give him a drive through penalty.”

“It was an unfortunate race today because after lap one the race was pretty much over,” he said. “The pace we showed with a damaged car was very strong, so it’s disappointing not to be able to transform that into a good result as there was potential to finish inside the points today.”