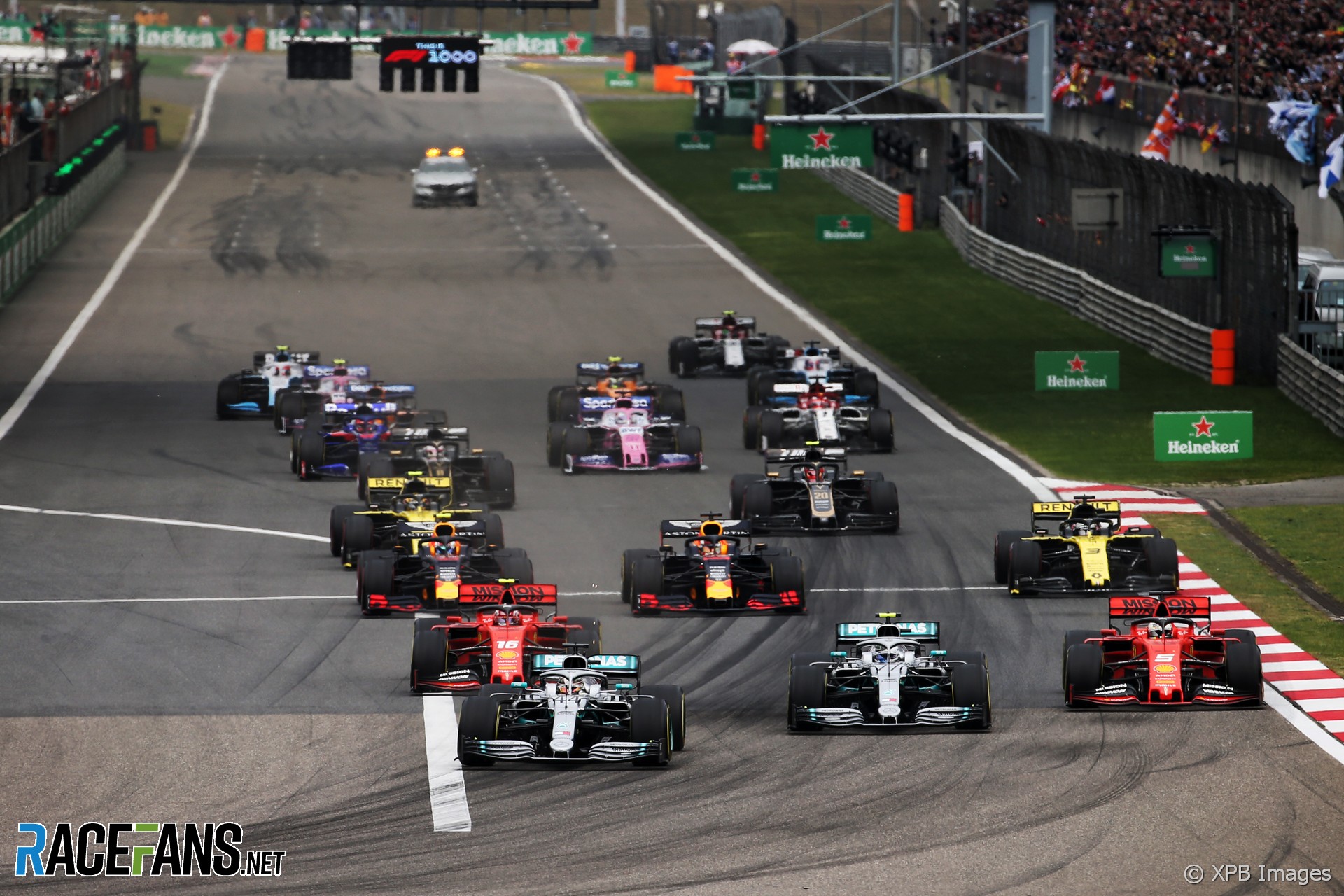 Lewis Hamilton feels he redeemed himself by passing his team mate at the start of the Chinese Grand Prix following poor starts in both of the races so far this year.

Hamilton lost out to Valtteri Bottas in Australia and Bahrain but got ahead of his pole-sitting team mate at the start of today’s race which put him on course for victory.

“Clearly [it’s] an area that I’ve struggled with and it’s not like it’s only this year,” said Hamilton. “It’s been something I’ve struggled with over the years: 2016, you could say, was one of the worst. Probably back in 2007, 2008 was also really poor period of time for starts, particularly against the Ferraris who were very, very strong with it.

“Last year was actually a really strong year for me. I think I just finished second overall of quickest starts throughout the year to, I think it was Carlos Sainz or something like that. Arguably it was first – but it’s dependent on the GPS.

“The first few races have been difficult for me off the line, so it’s nice to finally kind of redeem myself and rectify that. Naturally the next 18 races can still be up and down. Just have to keep working at it.”

The world champion was unhappy with the balance of his Mercedes during practice but said the changes he made to his car and driving style during qualifying paid off in the race,

“The changes that I made in qualifying, driving style-wise, enabled me to be able to deliver fairly decent performance to at least match Valtteri,” he said.

“Once you’re in the lead, you gauge it a little bit more, you can utilise your pace, you can see where your weaknesses are and you can build and work on them lap after lap. But after I got probably the first couple of laps, then all of a sudden I started to get in the groove and I was like OK, I’ve got the pace today, let’s see how I can keep these tyres alive and deliver to the strategy that we were supposed to.”