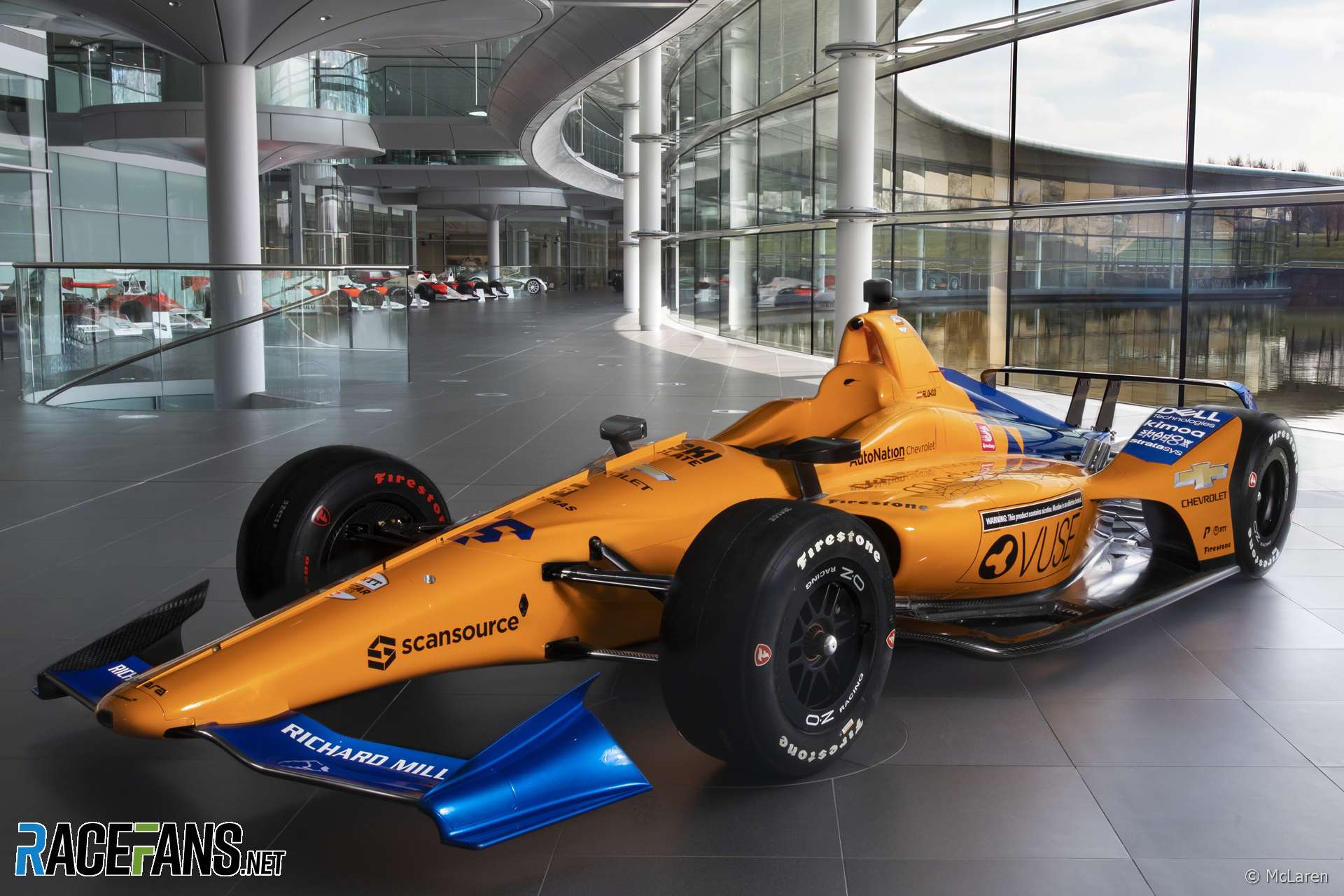 McLaren have revealed the car Fernando Alonso will drive on his return to the Indianapolis 500 this year.

The two-times Formula 1 world champion will make his second attempt to win the race. He led 27 out of 200 laps on his debut in the 2017 Indy 500, but retired after his Honda engine failed.

As revealed by RaceFans last year, Alonso will use Chevrolet power for his return to the race next month. He will drive car number 66, which is the same number Mark Donohue used to win the 1972 Indianapolis 500 in a Penske-run McLaren M16.

Alonso will test one of the team’s two cars at Texas Motor Speedway tomorrow. He will then participate in an open test at Indianapolis Motor Speedway

“The team at the McLaren factory has worked very hard to build this car ready for our return to the iconic Brickyard,” said Alonso. “I think it looks fantastic in the 2019 McLaren Racing colours.

“My hopes for the race remain the same, to win and achieve the Triple Crown, and I’m looking forward to meeting the fantastic US fans who made me feel so welcome first time around.”

The car carries the logos of British American Tobacco’s brand Vuse. McLaren ran the logos for BAT’s Vype product on its F1 car in Bahrain.