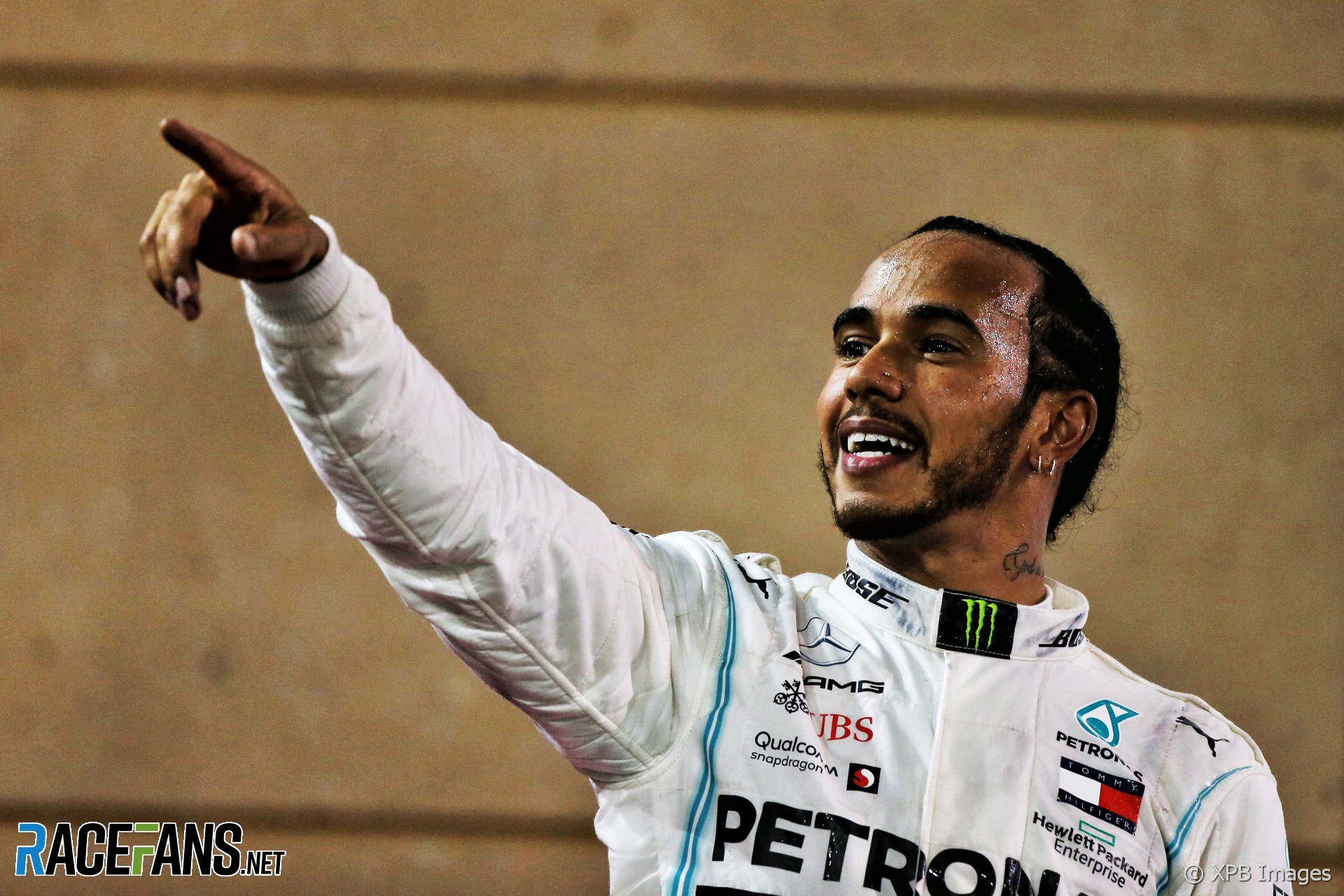 Lewis Hamilton says his Bahrain Grand Prix victory was especially satisfying as he considers it one of his weaker venues.

“This is a track that I struggle probably one of the most of the lot of them,” said Hamilton following his victory on Sunday. “And so to come out ahead of Valtteri [Bottas] who is really, really quick here always – so was Nico [Rosberg] – and to be in the mix, I was really happy with that.”

Hamilton was running behind the two Ferraris as the final stint began but was able to capitalise on Charles Leclerc’s technical problems after overtaking Sebastian Vettel.

“Naturally you have to get yourself in a position to have opportunities to open,” he said. “I’m sure that overtake with Seb was quite a decisive point today to enable the opportunity to win.

“But honestly I was really happy with how I drove in the race. We did struggle with the balance of our car throughout and it kind of worsened as we got more into the race.”

The world champion also admitted he was frustrated to lose a position to his team mate at the start for the second race in a row despite having concentrated on his getaways.

“I can’t express to you how hard I’ve been working on my starts and then the start really wasn’t good,” said Hamilton.

“I’m just going to keep working at it. Basically you stumble and you fall and you get back up. I always keep pushing.

“Fortunately I was still in the mix and got past Valtteri which, I was happy with that manoeuvre. Then got that battle with Sebastian which was awesome.”