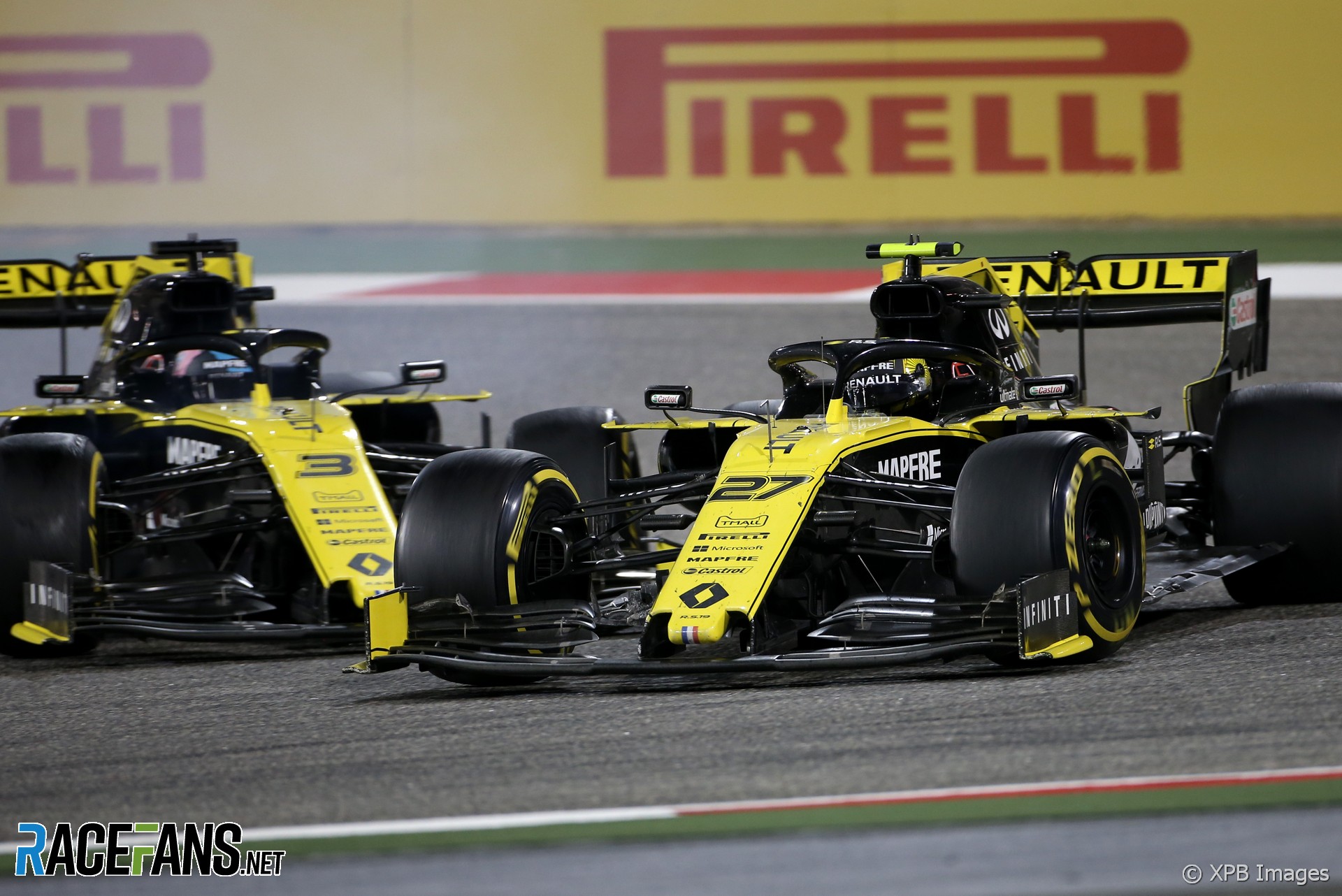 Daniel Ricciardo admitted he needs to gain more confidence under braking in his Renault after running into his team mate during the Bahrain Grand Prix.

Ricciardo clipped Nico Hulkenberg’s right-rear wheel at turn one while being passed by his team mate.

“Running into Nico, obviously I didn’t plan on that,” said Ricciardo. “But just under braking to be honest I’m not there yet. So that wasn’t in the script.”

Both Renault drivers retired within moments of each other at the end of the race. Ricciardo, who had unsuccessfully run a one-stop strategy, said the misfortune was “probably slightly more brutal for him because his end of race was going well, mine was not so well.

“I feel like in a way half my damage was already done by the one-stop. And then obviously pretty heartbreaking for the team to lose both cars at the same time with three or something laps to go. Obviously I feel for them.”

Ricciardo said the RS19 has “signs of pace” but he still needs to learn how to get the best out of it. “I’m still trying to find a bit, particularly in a few areas which we’ll work on on Tuesday in the test, just get some more time in the car, try and find out a few things.”