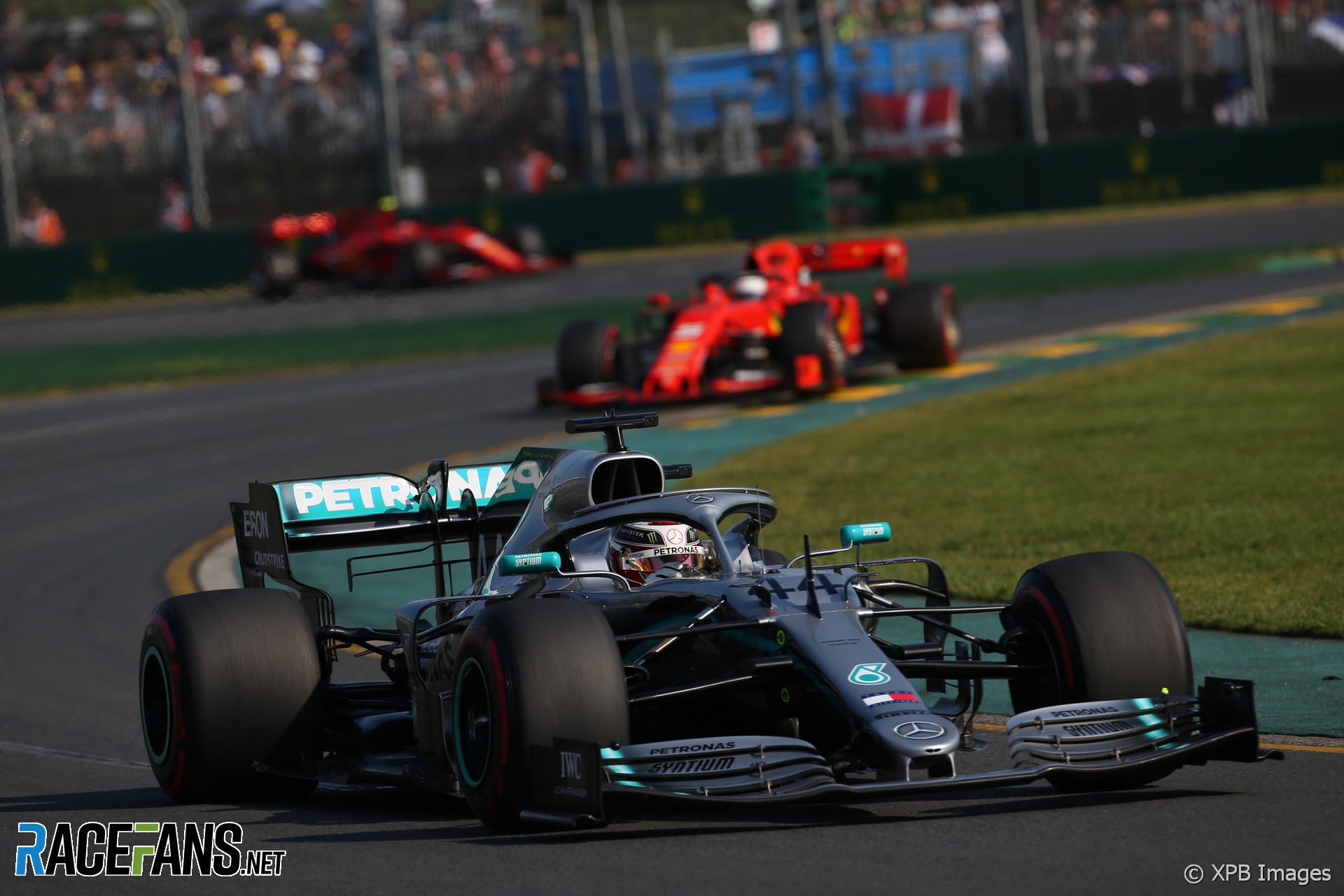 Lewis Hamilton dismissed Sebastian Vettel’s claim the Mercedes driver deliberately slowed and held him up during the Australian Grand Prix.

Vettel said Hamilton slowed down because he was “probably bored and not happy because he lost the start”. However Hamilton, who picked up floor damage early in the race, said he was managing his tyres and Vettel should have done the same.

“I’ve never planned to hold anybody up,” said Hamilton. “I was just doing my own race.

“Often it’s easy to point blame at other people in moments where things don’t work so well so I’m sure he probably has a different opinion now. It doesn’t really make a difference to me, I just focused on my job.

“I wasn’t thinking at all about his race, naturally [I wanted] to keep him behind, but I knew I had a long way to go and he stopped a lap before me so I knew that we’d be in a similar boat towards the end. I was thinking a bit more long-term so I could defend to up-and-coming towards the end of the race which I’m not sure he really thought of because his tyres went off quite drastically at the end.”

Hamilton revealed his team weren’t sure why his pace dropped during the race as well.

“My engineers had no idea that I was saving the tyres,” he said. “They thought that I was just off the pace, which I’m sure a lot of the public thought.

“But I was saving tyres, saving fuel, making sure that I had enough to push at the end, which is all that I needed to do to finish where I was. I couldn’t do any more to get further ahead and I didn’t need to do any less.

25 comments on “Hamilton denies holding Vettel up in Australia”