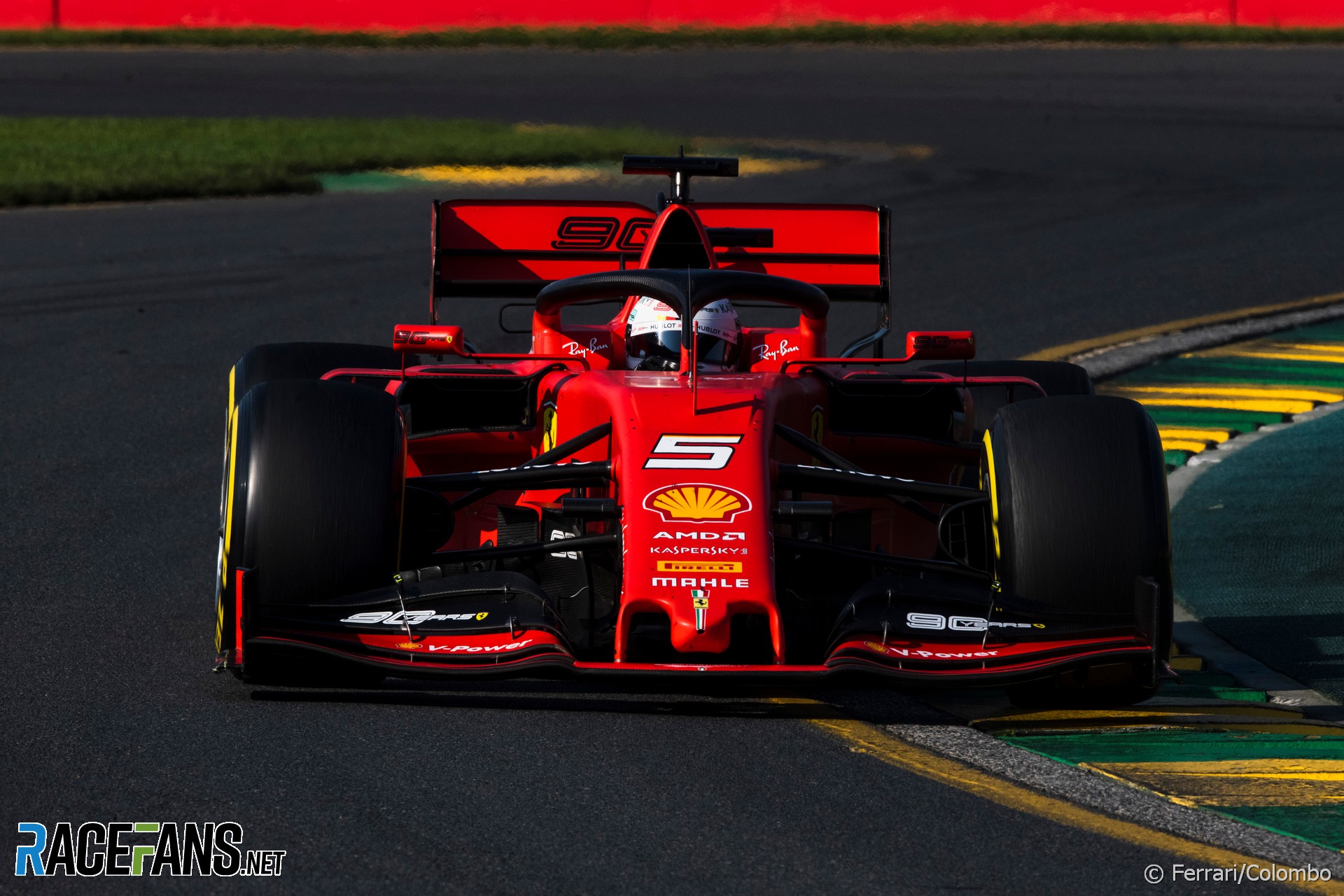 Melbourne is a unique circuit which places quite different demands on the car compared to most other tracks.

It demands lots of front-end grip and its green track surface evolves through the race weekend. Plus there’s the added pressure of it being the first race of the year, so teams are still rushing to get their cars’ definitive set-ups completed.

This year being no different, saw a switch in the perceived pace between the top teams and a host of small updates up and down the grid.

We covered the detail changes to the Mercedes W10 and the likely impact of Lewis Hamilton’s floor damage during the race in this earlier article:

From Friday it was clear Ferrari’s pace was lacking and the car was distinctly less well-balanced than we saw in Barcelona testing. Slow-speed cornering and straight-line speeds were a particular problem. Ferrari’s rivals believe they went in the wrong direction with the car’s set-up, so this should be a Melbourne specific problem. Melbourne is very sensitive to mechanical front end grip and while Ferrari have made strides with this area of the car’s performance over the year it’s still very much a weak point for them.

Was the problem, as some have claimed, the result of a ‘tapered’ front wing concept which was unable to deliver the downforce the car needed? This might be a secondary factor, but the Ferrari was OK in the faster corners which are more aero-dependant than the slower turns, which suggests sheer downforce was not the issue.

Another curious aspect of Ferrari’s below-par Melbourne performance was its power output. The team had a few issues in testing and it is believed all the Ferrari-engined cars ran a lower power mode for reliability. This theory holds more water than most others, but the root cause of the issue may be in the energy recovery system (ERS) or combustion engine.

It was clear the ERS was de-rating on the straights in the race, as the energy store was drained of available energy. This could be as ERS was reduced in performance for reliability reason, or that it was being overworked to offset a reduction in combustion engine performance.

We will need to see how the chassis and power unit performs at subsequent races to see if this is a race one problem and not something more ingrained in the SF90’s make-up.

Pre-race reports claimed Red Bull had brought updates planned for the third round in China forward for Melbourne. If so, they were hard to spot. This might be as they were quite limited in number, less visible or simply didn’t make it to Australia. The only visible update was small change in the front wing endplate geometry.

The new 2019 rules enforce a single unbroken endplate of limited outwash curvature, but do allow the endplates size to be 95% of the maximum size created by the geometrical rules. Thus, Red Bull have cut-out 5% of the endplate on its top rear corner. This opening allows the tip vortex from the front wing to spill out and around the front tyre, to offset the tyres turbulence affecting the car downstream. A small but quite typical change for teams which are heavily loading the outer wing tip.

Another team to adapt the front wing’s fifth flap element for Melbourne, Renault also reduced the chord of its rear most wing profile. Unlike Mercedes, it didn’t flatten the outermost section of wing near the endplate, but added a curved trailing edge capped with a gurney flap. This makes this area of the wing work a little harder, which in conjunction with the endplate cut out helps form some outwash from the wing tip around the front tyre.

Racing Point brought several aerodynamic updates to Melbourne which we covered during the race weekend. There’s almost certainly more to updates to appear on the RP19, but the Melbourne package brings the car’s development up to date with its rivals.

There were fewer visible updates to the MCL34. The only obvious change being to the brake duct vanes.

Part of the overtaking improvement rules for 2019 were a simplification of the brake duct’s inner face. As with front wings, this area was becoming overly complex to manage front tyre wake, so it was a natural area to clean up with the 2019 rules. New limitations on the inlet size and shape and a minimum radius rule were applied to the rest of the inner face, in order to outlaw extraneous fins and vanes. But the wording of the rules applied only to an area 5mm-120mm inboard of the wheel rim, anything within 5mm of the wheel rim was excluded, so teams have been fitting vanes within this free area, even scalloping the inner duct face to package larger vanes within the limited area.

McLaren immediately started pre-season testing with three down-turned vanes in this area (above), for Melbourne this was increased to a series of five vanes. These will push the passing turbulence spilling down off the inner tyre face further downwards, leaving a cleaner airflow to pass along the inner face of the wheel rim.

With the exception of Racing Point’s big update, Toro Rosso brought the most updates to Albert Park, with changes to the front wing, endplate and sidepods.

Again, showing the modularity of front wing design, the majority of the front wing remained unchanged, but the inner tips of each side of the wing were changed. These previously pointed inwards to help form the Y250 airflow, now the tips also curve forwards to alter the way the work the airflow. This would be an influential change to the wing’s effect, rather than a race-specific change.

Further outboard the endplate had a tiny change, where a small squared-off shape was added to the rear of the curved footplate running along the bottom of the wing’s endplate. This little tweak sits in a blind spot in the endplate geometry rules and will strengthen the rolling vortex formed under the endplate.

On the sidepods, a fin added a prototype 3D-printed during testing, was made permanent and now pained along with the rest of the bodywork.

With the anticipated changes to the front wishbone and mirrors made to the FW42, only saw one other noticeable change with the addition of a T-wing. Unrelated to these changes the car was still some way off the pace, perhaps more so than the team expected. Comments from the drivers are now suggesting that, as with the 2018 FW41, the car has an underlying problem, that is not simply solved with a quick change. We can’t know the true nature of this problem just yet, but this is a further omen of continuing problems at the Williams team.

14 comments on “What went wrong at Ferrari? Plus more Australian GP tech updates”