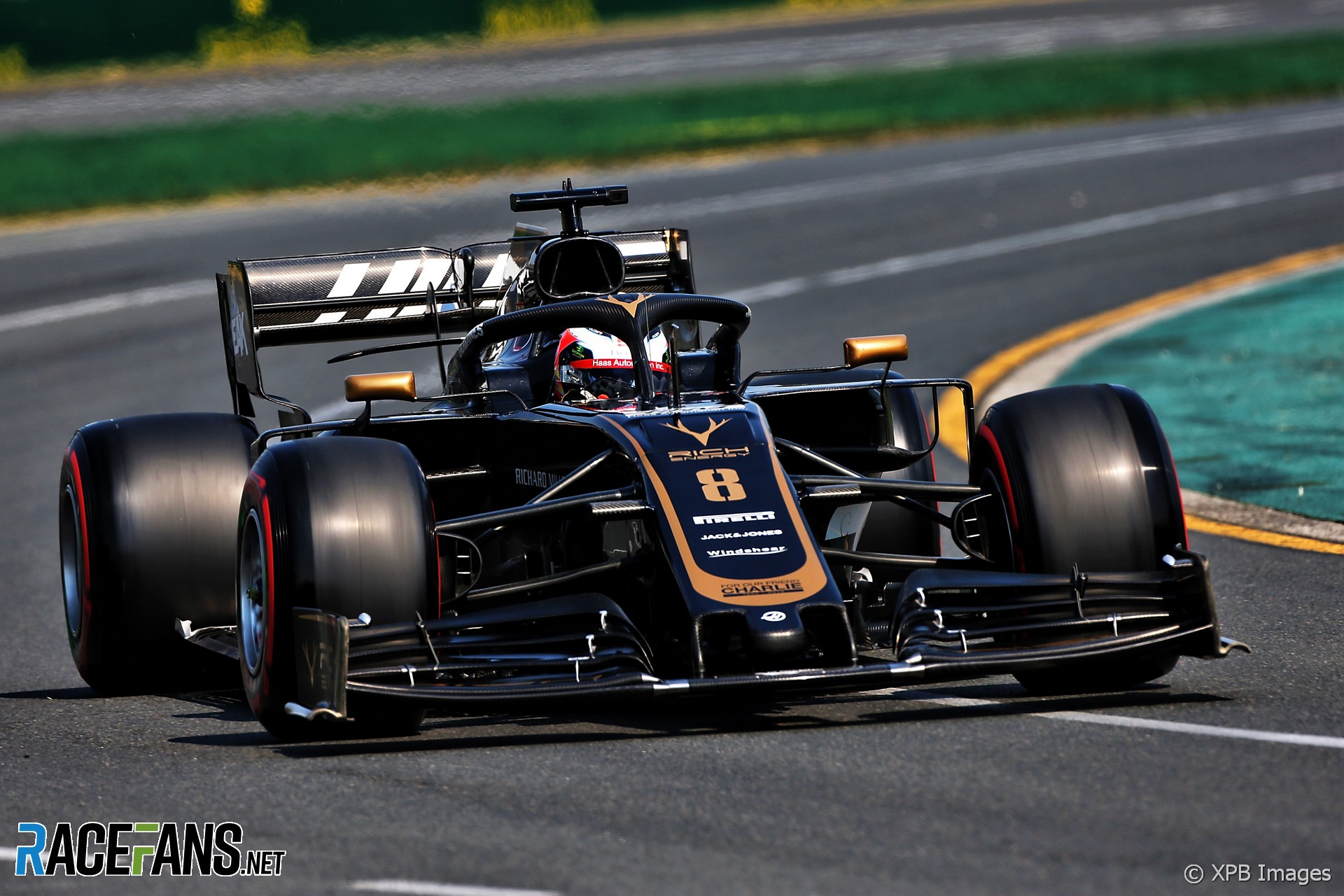 Romain Grosjean says new aerodynamic rules for the 2019 F1 season have succeeded in allowing cars to run together more closely.

However the Haas driver, who followed his team mate during the early stages of the Australian Grand Prix, believes the nature of F1’s tyres will continue to make it difficult for drivers to overtake.

“I was behind Magnussen,” he explained. “The new rules are great for following another car but the tyres are still what they were last year. As soon as you push, you slide, and then you lose the grip.

“So even though we can follow much easier than in the past overtaking is still very complicated.”

Carlos Sainz Jnr gave a different view on the effect of F1’s new rules. The McLaren driver believes the more powerful Drag Reductions System has done more to aid overtaking than the changes to the cars’ front wings.

“I think there’s been some overtaking,” he said. “I think mainly it’s down to the DRS more than the rules. That’s my first impression, because it was still tricky to be closer to a car in front.

“I was there with Stroll, I nearly got a look at him into turn one and turn three which last year would have been difficult. Maybe [it’s] a bit better. Still the cars are so fast and so dependent on downforce that it’s difficult to overtake.”

Lewis Hamilton and Max Verstappen also expressed doubt whether the new front wings have made a difference. However Formula 1 motorsport director Ross Brawn said the first race of the year gave encouraging signs the changes have worked.