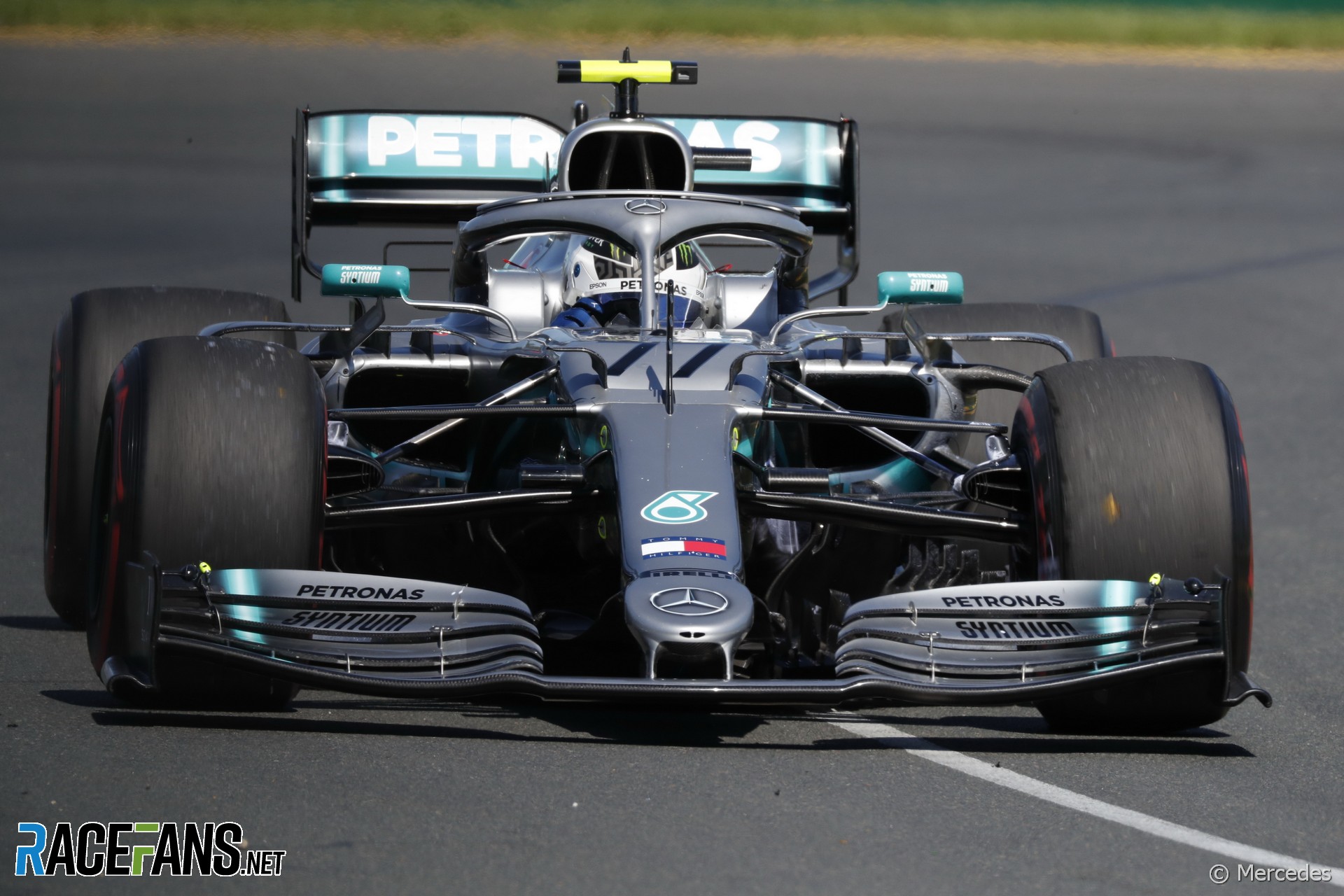 Valtteri Bottas didn’t pit for a fresh set of tyres to aid his effort to score the bonus point for fastest lap at the end of the Australian Grand Prix because Mercedes weren’t convinced it was worth the risk.

The question of whether to pit one or both of their drivers to gain a fresh set of tyres if they had sufficient lead for a ‘free’ stop was “hotly debated” within Mercedes, according to Mercedes chief strategist James Vowles.

“The facts are there are 21 races, 21 points, which is nearly a race wins’ worth, and you can’t let your rivals run away with that,” he said. “This could be a close-fought season and that may make all the difference.”

However bringing a driver in for an extra pit stop was a question of balancing “risk versus reward”, he explained.

“If, for example, you decide to do an extra pit stop for the sole purpose of being able to get the fastest lap of the race, there is risk involved in that. Perhaps you don’t get a wheel connected to the car correctly and the car goes out, and it’s a DNF. Perhaps, the driver accidentally crosses the white line on entry or exit. Either one of those has huge repercussions and all of a sudden your race wins’ worth of points is meaningless relative to the one you were going for.

“The converse is again at the end of the race, asking a driver to push and extract performance for the fastest lap of the race isn’t without risk. They can go off the track, they can make a mistake and they can risk the car.”

During the race Bottas was the only one of the team’s drivers with a large enough lead to be able to make a pit stop without losing a position. However Mercedes team principal Toto Wolff said his forbade both his drivers and their engineers from chasing the fastest lap of the race.

“Both Valtteri and Lewis did a great job managing the tyres and just trying to keep as much rubber available on them as they could, such that they could go for the fastest lap at the end of the race,” said Vowles.

“Valtteri ultimately had tyres in a slightly better condition and didn’t have the floor damage that Lewis did, and did a fantastic job scoring the maximum number of points available to him that race.”