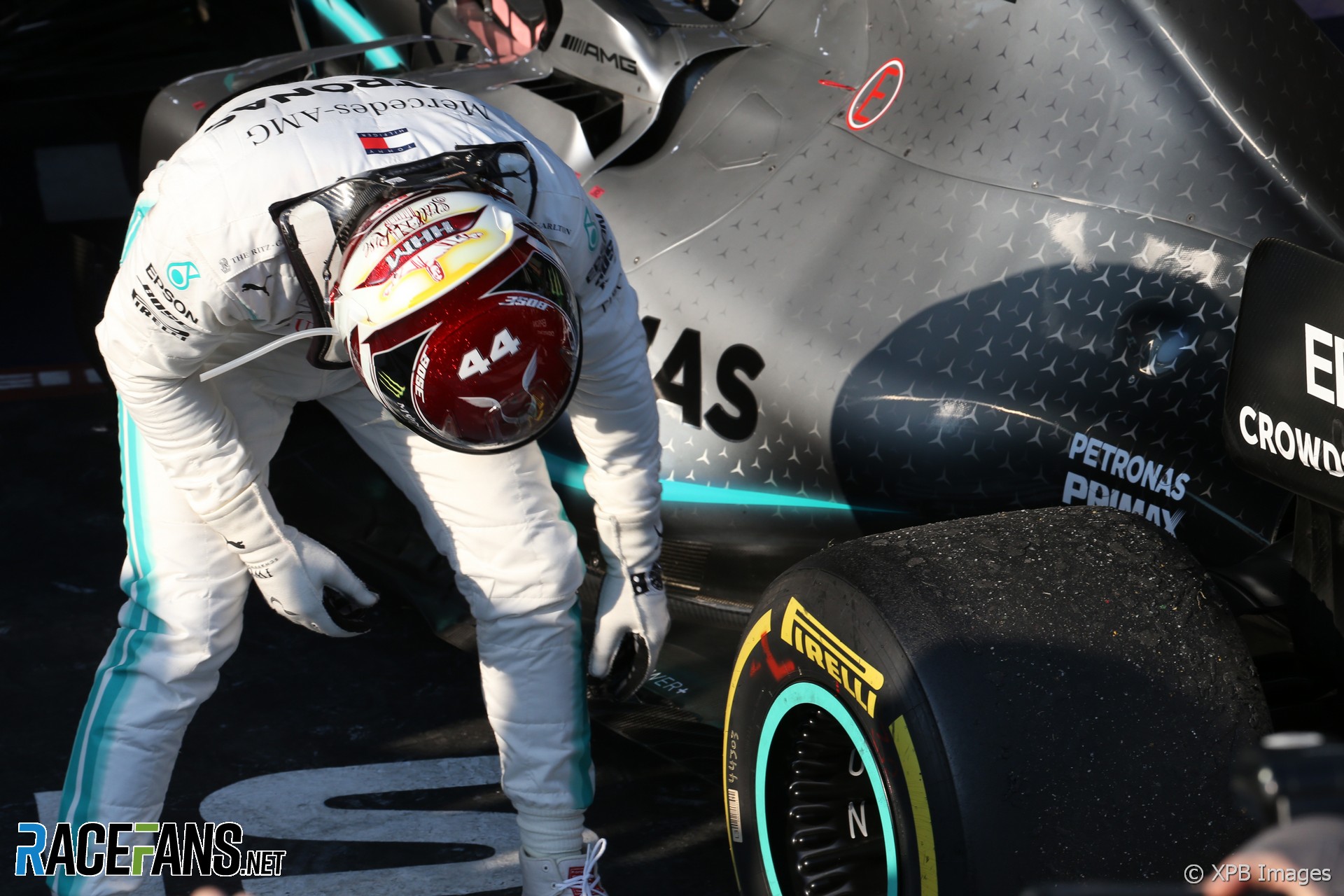 Lewis Hamilton says he was encouraged to discover his car was damaged during the opening race of the 2019 F1 season as it explained his struggles with his car’s balance during the race.

However he admitted he didn’t know how a section of the left-rear portion of the floor on his Mercedes was damaged during the race. Hamilton believes the damage occurred on lap four, around which time his pace began to drop off compared to team mate Valtteri Bottas.

He first mentioned a loss of rear grip to his team on the 10th lap of the race. Hamilton said he had “no way of knowing the it was the floor.”

“Something didn’t feel right. But you can’t dwell on it, you just have to try and work with what you have. I was quite easily keeping up with Valtteri up until then, and then afterwards I felt I was really struggling with the rear.”

“I’m not sure where it came from because I didn’t run wide or anything like that anywhere,” he added.

Hamilton said the damage was potentially caused by running over debris from first-lap incidents in which Daniel Ricciardo and Robert Kubica lost their front wings.

The damage affected “quite a sensitive part of the floor”, he explained.

“Actually it’s quite encouraging to me. We worked very hard to get the balance right and I felt like I had good pace this weekend and did our normal job in terms of working hard and getting a good set-up. And then all of a sudden the car was completely different compared to the formation laps and what we had on the long runs.

“So it’s great to see there’s a reason for the unexpected. We’ll just move forward and go from there.”