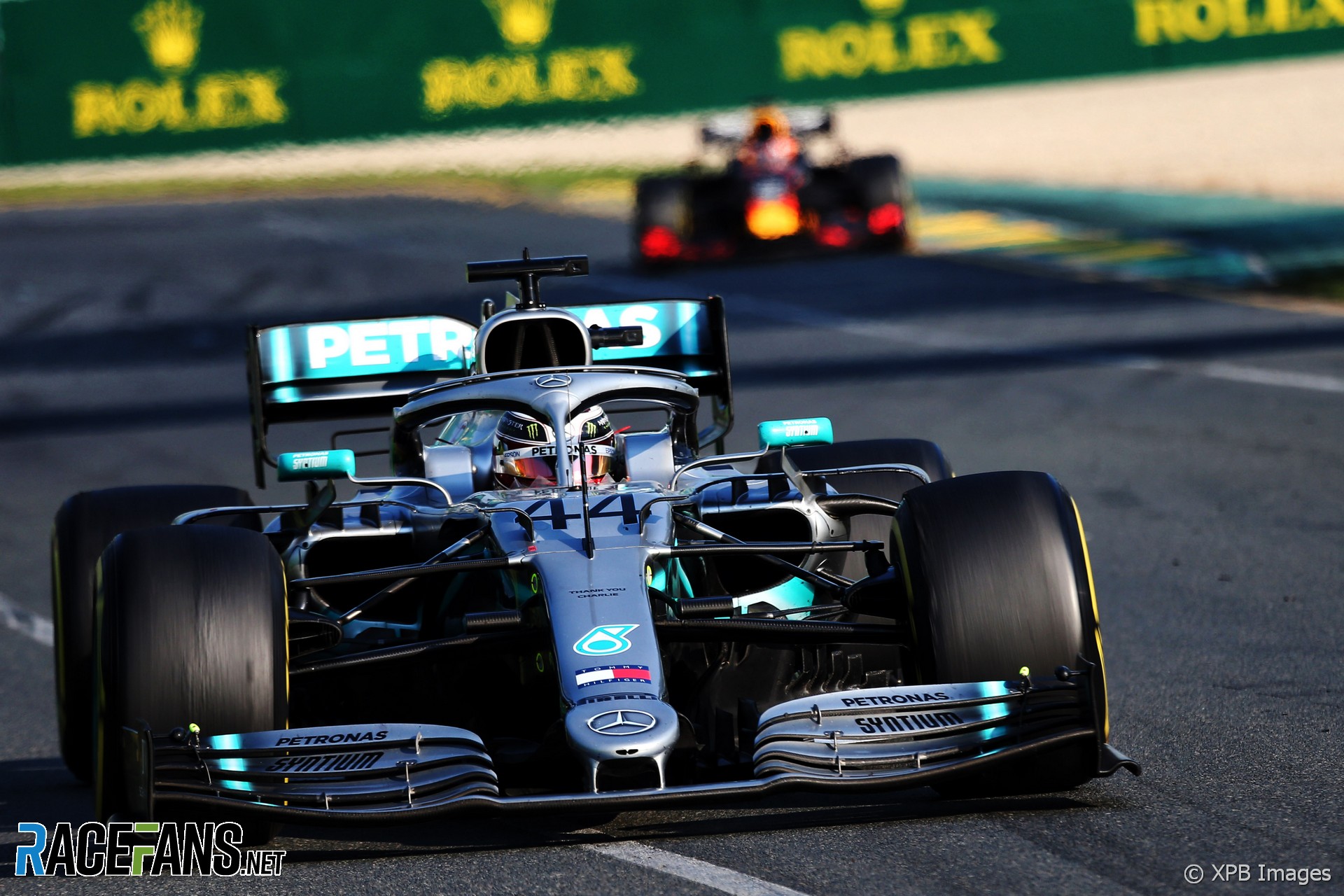 Lewis Hamilton says the aerodynamic changes for the 2019 F1 season have made “no difference” to the difficulty drivers experience following other cars closely.

F1 introduced new rules simplifying and widening front wings for the new season in a bid to allow cars to race together more closely. Rear wing dimensions were also increased, making the Drag Reductions System more powerful to increase the potential for overtaking.

But Hamilton’s verdict after the first race in the new cars is the problem is “no different” to how it was in previous seasons.

Hamilton had little opportunity to race wheel-to-wheel with other cars during yesterday’s Australian Grand Prix. However he did come close to other cars when lapping them and repeatedly called for “blue flags” on the radio.

Max Verstappen, who overtook Sebastian Vettel on his way to second place, also felt overtaking had not become significantly easier.

“It is still very hard. The only positive thing what we improved is the DRS effect. As soon as it opens, it’s a lot more powerful than last year but following is still a lot of turbulence.”

Data compiled by Mercedes indicates there were 14 overtaking moves in yesterday’s race, one fewer than last year.

52 comments on “Hamilton: New aero made “no difference” when following other cars”