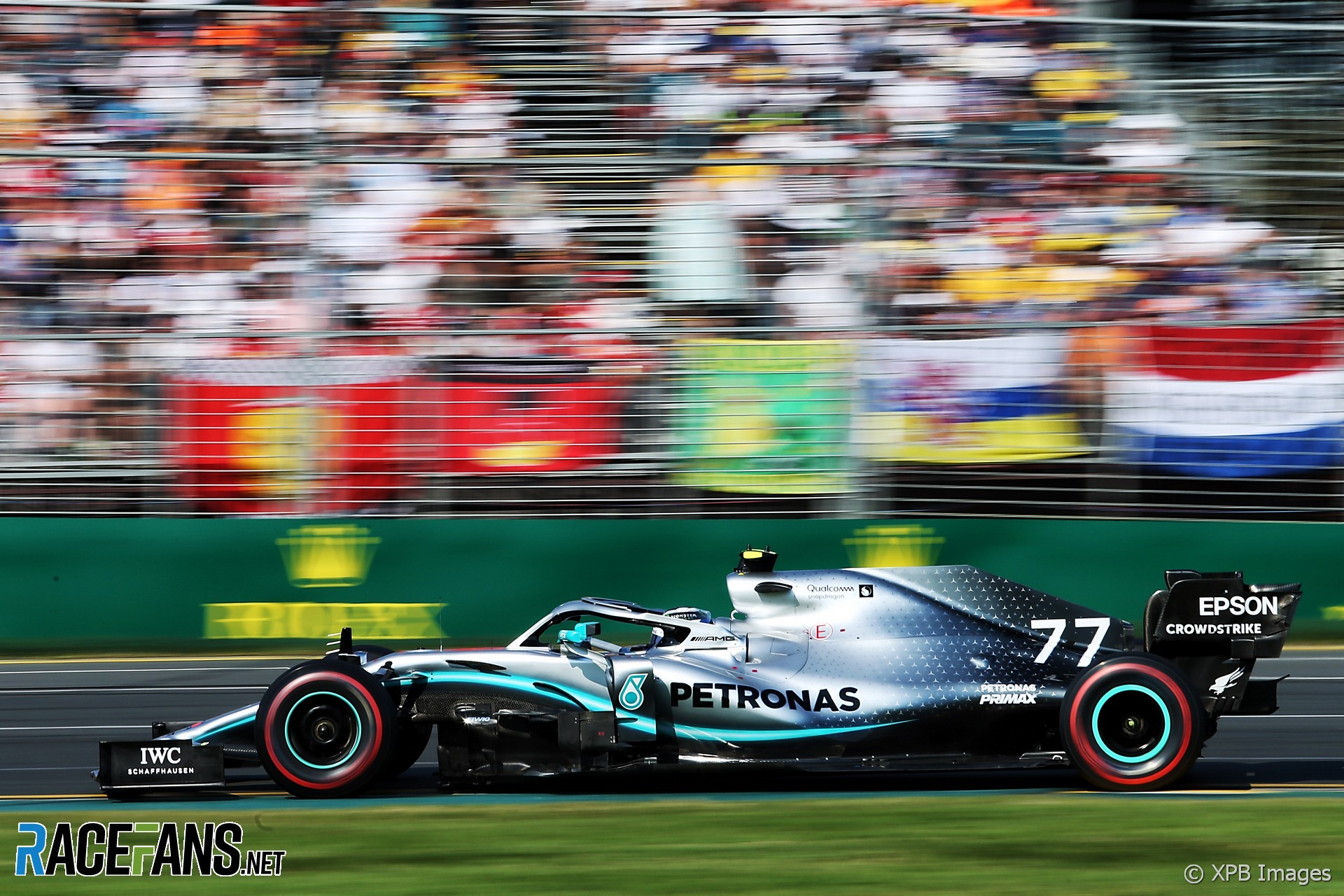 Mercedes team principal Toto Wolff said his drivers and their engineers defied his instruction not to chase the bonus point for fastest lap in the Australian Grand Prix.

Both Valtteri Bottas, who eventually claimed the point, and Lewis Hamilton were heard asking their race engineers whether they could take the point for fastest lap. The pair set their quickest times of the race on the penultimate lap. Bottas, whose tyres were considerably fresher than Hamilton’s claimed the bonus.

However Wolff said he’d forbidden his team from risking a push for fastest lap if they were running at the front.

“Today in the morning meeting when we talked about strategy I forbade [them] to go for the fastest lap if we are running one, two or three,” he said. “They ignored me. All of them.

But Wolff admitted he was pleased at the outcome which saw Mercedes take a maximum haul of 44 points.

“I believe that it’s taking risks, especially when you’re in for the big points, should you go for the fastest lap? But then maybe my reference point in being in control of a car is my own driving and not the level of the Formula 1 drivers.”