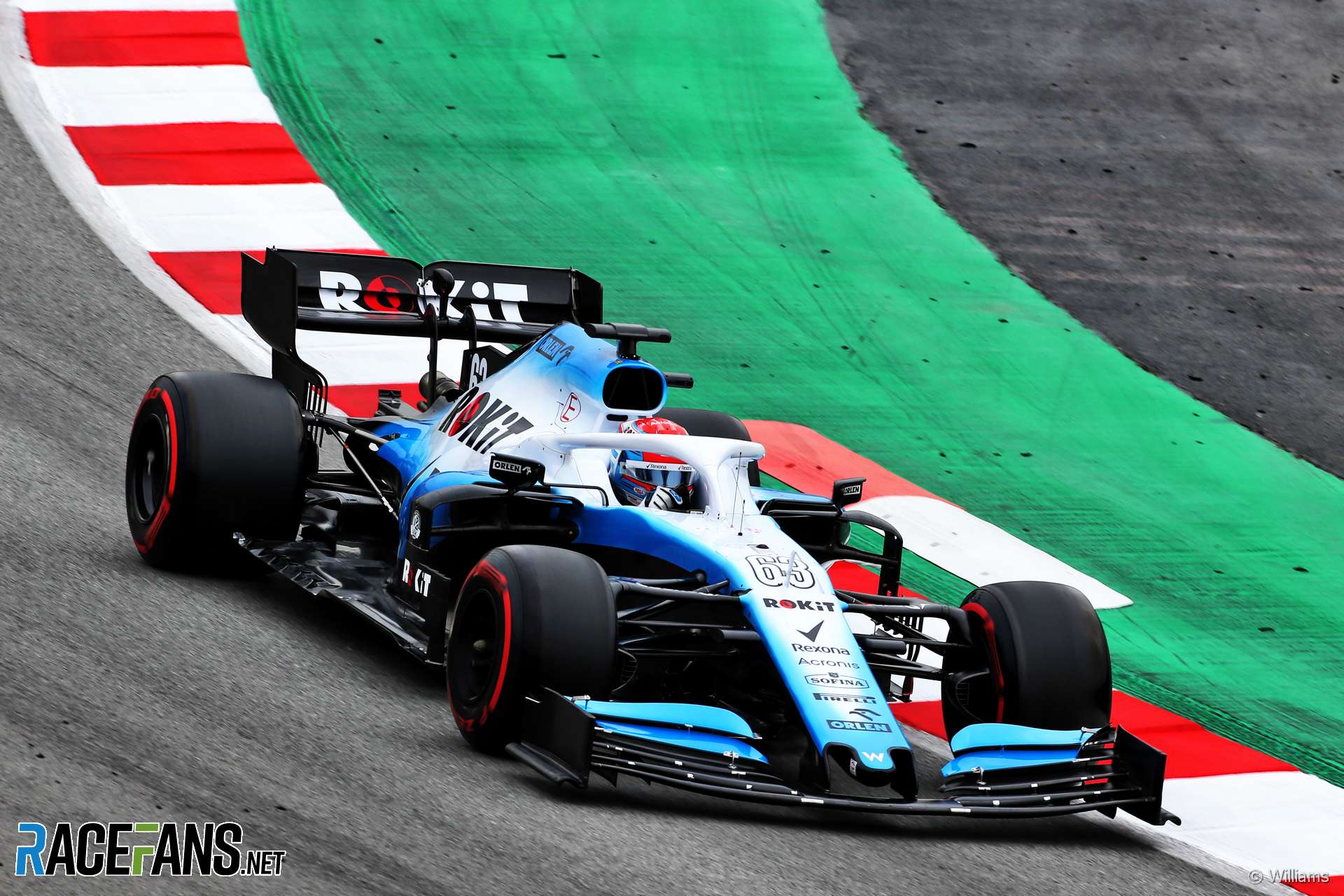 Williams’ new car for the 2019 F1 season has finally run for the first time on the third day of testing.

The FW42 was originally due to run for the first time in a filming day on Saturday. However completion of the car was delayed as the team missed a series of internal deadlines to deliver parts for the new car.

George Russell was the first of the team’s drivers to turn a lap in the car. He conducted a single installation lap shortly after the lunch time break and then returned to the team’s garage.

Speaking at an event to reveal its new sponsor last week, Claire Williams admitted she felt apprehensive ahead of the first test of the year.

“None of us want to go through what we had to go through in 2018,” she said in response to a question from RaceFans. “And it is a really nerve-wracking time, it’s a lot of pressure.

“The period now in which we’re able to develop next year’s chassis is so much shorter with a longer season that we have. Obviously last year as well we had to do a big amount of work behind the scenes to make sure that this year’s car is much better out of the blocks.”