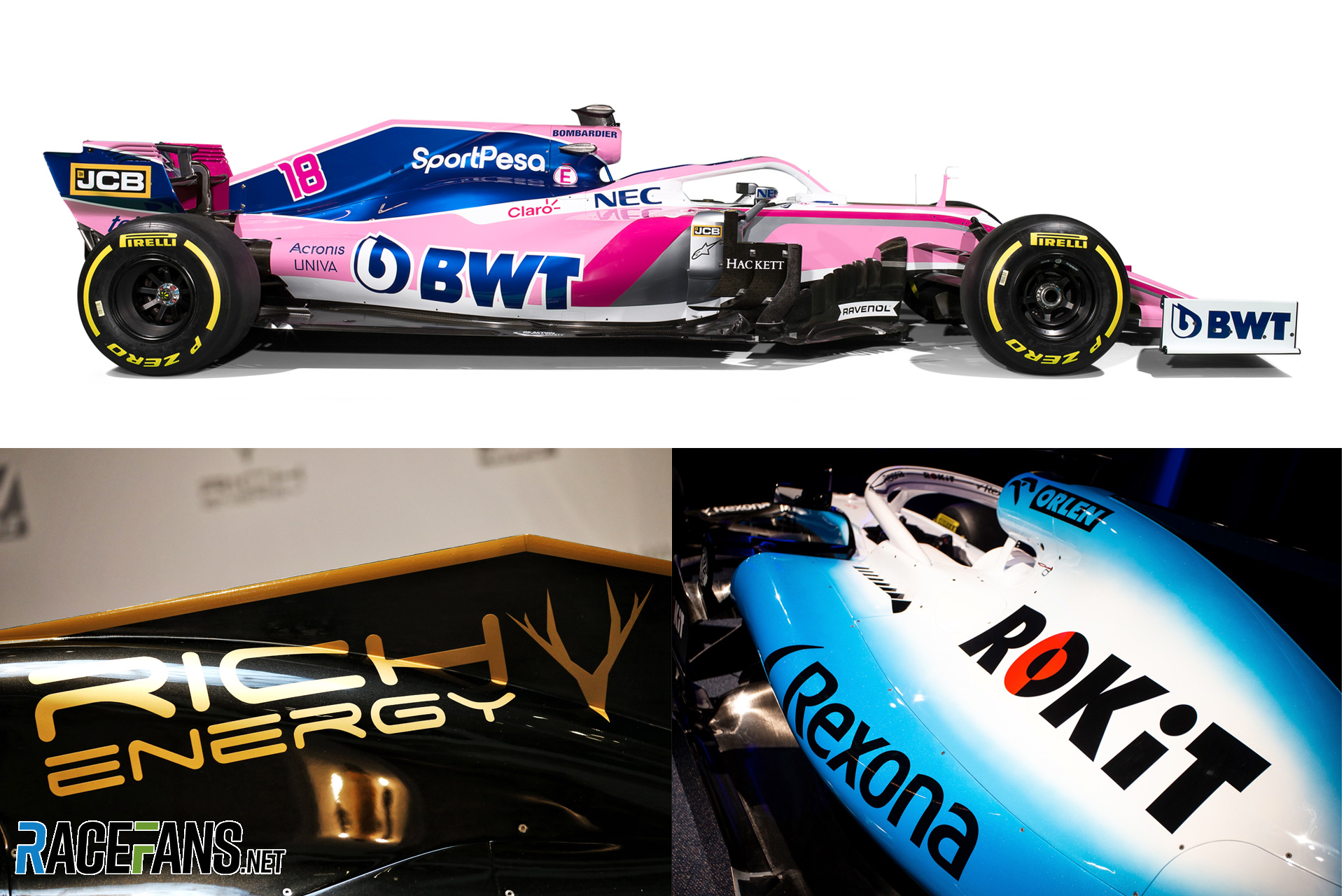 Several teams have already revealed new sponsorship for the 2019 F1 season. How long do these deals take to arrange – and what happens if they go wrong?

@DieterRencken tackles a new question from a RaceFans Supporter. If you’d like to ask our special correspondent anything about F1, send in your question below.

We often see deals concluded in modern F1 in a matter of days or even hours, be it Kimi Raikkonen’s contract to drive for Sauber (now Alfa Romeo) or Sauber’s decision to tear up the Honda contract and stick with Ferrari power.

It would be interesting to understand how these deals get done so quickly. I have worked on various corporate transactions and deals myself and the time frame to get those done quickly is still not as fast as what goes on in the F1 world.
Urvaksh (@Thedoctor03)

A deal is a deal – but every one is different as far as F1 is concerned. Of course some deals happen quicker than others, but for every ‘overnight surprise’ there are many that take months to close, and still others that didn’t happen despite both parties being close. Sometimes unrelated factors work for or against deals at crucial points.

In this respect F1 is no different from the real world. In many instances enormous amounts of research and due diligence go into planning a deal, with the larger teams employing banks of analysts to research potential partners, then provide the sponsorship department with crucial background information to pitch with.

The departments produce professional proposals based on the elements of ‘fit’ between team and prospect brand, rights and benefits of the partnership based on a rate card, projected exposure and cost-to-benefit analyses. Thereafter they pitch in the hope of a deal, but this process takes days, weeks, or months, depending upon the target.

At times it works the other way: company boards decide their brand is in need of a revamp or re-positioning in the marketplace. Various platforms are researched, options are whittled down and so on. Thus F1 may be listed against TV campaigns, football teams, music tours or fashion weeks. If the decision falls in favour of F1, the next step begins: trackside, team, or driver deal?

The pros and cons of each are analysed, discreet approaches made, non-disclosure contracts signed, terms negotiated, rights and benefits agreed, liveries conceptualised, contracts thrashed out, board ratification sought, then eventually deals are cut – or not. This can take weeks (or months), yet once a deal is announced, the perception is one of haste – proving how watertight the processes are…

The quickest negotiation I know of was BWT’s sponsorship of Force India, yet that process took a fortnight – after BWT had undertaken research into F1, studied various teams and options and benefits of sponsoring a specific team, which turned out to the only one open to pink livery at that price at the time, and taken a decision in principle. Quick it was, but certainly not flash-fast.

Where companies have sponsorship departments these are allocated budgets and specific objectives, and similar processes apply: they seek the best ‘fit’ within budget for specific products. Where they exists in F1, feelers are put out; if not, time to move on to the next sport or activity. Where everything fits, board approvals are a mere formality.

Similar processes apply to driver contracts: teams generally acquaint themselves with who is (or could be) out of contract and when, make approaches through agents, sound out fiscal requirements, discuss the possibilities, sign non-disclosure agreements and heads-of-agreement options. Then, when push eventually comes to shove, the building blocks are in place, and deals struck quickly. But invariably weeks or months of effort preceded signature.

There are exceptions – as in all walks of life – but these seldom apply to major sponsorship or partnership deals, usually relatively minor deals done on whims by compact companies with streamlined decision-taking processes; more usually a privately-held companies with a majority shareholder who wishes to be in F1.

Then there are “deals” that don’t get done, even after months of effort. An anecdote involving a USA-based conglomerate springs to mind, but the company in question shall remain nameless for indications are the company was an unwitting participant.

Whatever, during the 2012 Canadian Grand Prix a well-known sponsor agent pitched various teams, allegedly on behalf of said company, from whom he said he’d been granted a mandate to secure a deal by its (purported) sponsorship manager, who would take over final negotiations.

Three teams expressed interest; two withdrew early on, leaving one team hopeful of signing a three-year $100m deal: title sponsorship, plus the company’s red/white logo on front wings, sidepods and airbox. By December the deal was ready for signature, and suddenly the ‘sponsorship manager’ demanded substantial payments before presenting the contract to ‘his’ board.

Suspicion abounded, so team and agent contacted HQ, only to discover no such individual existed. Clearly they’d been taken in, but fortunately no ‘commissions’ were paid. However, time was now tight, and no replacement could be procured ahead of the new season. Who was it?

9 comments on “How do F1 deals get done so quickly?”