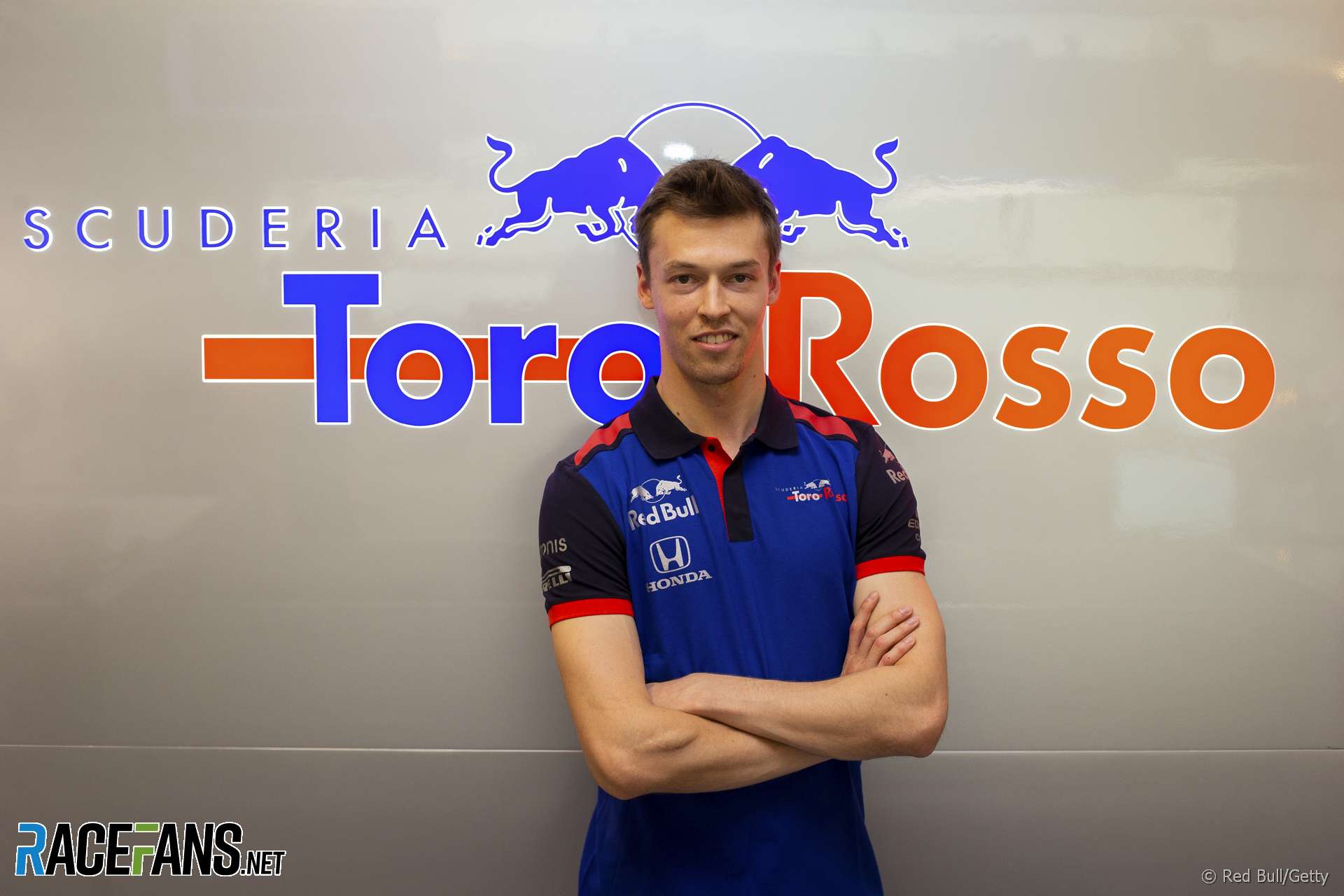 Daniil Kvyat deserves another chance to impress in Formula 1 after being dropped by Toro Rosso in 2017, says team principal Franz Tost.

The team launched its new car for the 2019 F1 season today. Kvyat has returned to the team he made his debut for five years ago.

Kvyat was promoted to Red Bull after a single season at Toro Rosso, but returned to the junior team four races in 2016. He was then dropped by the team late in 2017.

Tost said Kvyat’s speed was never in doubt but admitted he had been promoted to Red Bull too quickly.

“I always say that a young driver needs two to three years to understand and deliver in the complicated world of F1,” said Tost, “but Daniil showed his natural speed from the very beginning.

“When the contingency required his move to Red Bull Racing, it seemed that he could be ready for the challenge. He showed some very good performances but to perform under pressure is always a challenge, now we can say with hindsight it was just too early.

“He had to live through a difficult time when he joined us again in 2016 – it was psychologically tough, but no one has ever doubted his driving skills. I strongly believe he deserves another chance in Formula 1 and I feel the best is yet to come from his side.”

Tost expects Kvyat to help support his new team mate, Alexander Albon, who is making his F1 debut this year.

“Alex will have a lot to learn, like any newcomer in Formula 1, but he certainly proved himself in the lower categories like European Formula 3, GP3 and especially in Formula 2, where he was able to win races. In the second half of last year’s F2 championship, he impressed with a lot of overtaking manoeuvres and that’s what convinced us he is the right driver to get on board.

“With Daniil on the other side of the garage, he has an F1 experienced driver with whom he will be learning a lot from, along with the support of the team around him. Scuderia Toro Rosso is very much looking forward to 2019, as with Daniil and Alex we have two young and competitive drivers.”