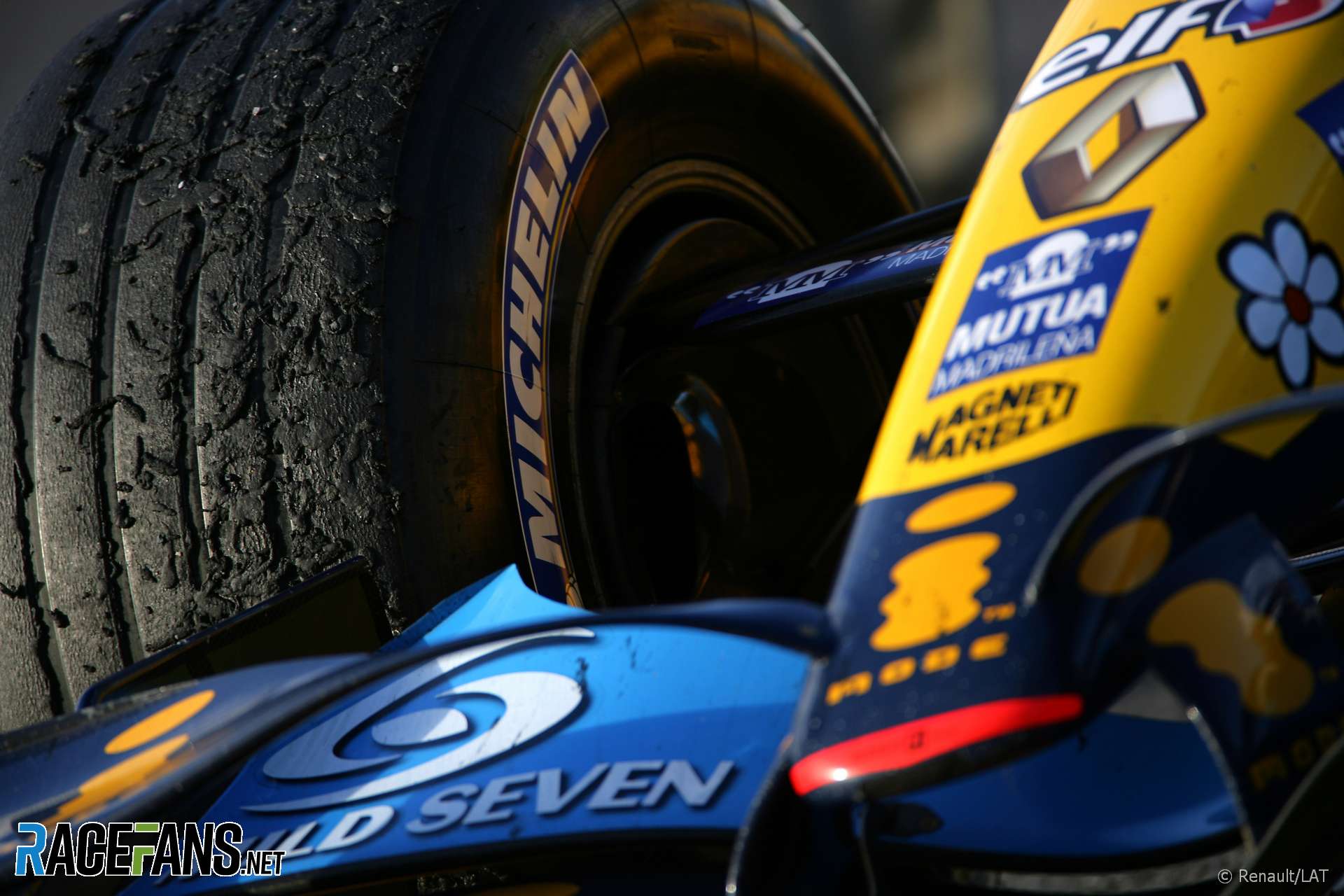 RaceFans’ special correspondent @DieterRencken tackles more of your questions including whether Formula 1 should have a tyre war and what Hermann Tilke has done for track design.

If you were allowed the opportunity to suggest two relatively achievable changes to Formula 1 – one technical and one sporting – what would they be?
@F1Stuffs

I would tick both the technical and sporting regulation boxes with a single change targeting F1’s sole rubber supplier regulations. In short, I’d bring back a ‘tyre between whichever brands wish to compete in F1.

This would effectively be a return to what we had in the late nineties/early noughties, which saw Gooydear vs Bridgestone, then Bridgestone vs Michelin.

Such a change would rid F1 of its complex (and often silly) compound permutations and confusing qualifying regulations that are aimed at little more than ‘spicing up the show’. Instead, multiple manufacturers would bring with them diverse tyre philosophies, which would in turn provide different grip and degradation levels at various points during the race and deliver that crucial element: genuine unpredictability.

Concurrently, I would mandate road-relevant technologies such as smart sensors and treads in order to encourage multiple tyre suppliers to enter by providing authentic technical and marketing platforms for their products. This would make it easier for brands to justify their F1 participation as budgets could be spread over (genuine) research and development (R&D) and marketing programmes. Therefore their tyre spend in F1 would increase.

Not only would testing activities increase, in turn providing year-long development activities for teams, but safety would potentially improve through the reduction of unknown factors at new/newly-surfaced circuits. Think Silverstone 2013, for example. Indeed, whenever Pirelli has come in for criticism about its products, the company has – understandably – pointed to the lack of testing allowed under present regulations.

I’m told Pirelli’s annual F1 budget is around €120m (£110m), spent 50/50 on track activities and trackside marketing/race sponsorships. Teams pay around €1.5m per year for tyres. Imagine how much better off F1 would be if multiple tyre companies allocated full budgets to track activities – as is the past – rather than one pumping half into FOM coffers, from which major teams in any event benefit disproportionately?

Road relevance would encourage tyre companies to allocate a portion of their R&D budgets to F1. At the height of the 2000s tyre war, then-Michelin Motorsport chief Pierre Dupasquier opposed the single supplier rule. “A company like ours, we spend our lives testing anyway, for anything,” he explained. “We test for trucks, we have trucks [running] 24 hours, all day long, just to test tyres.” Now apply that to road relevant F1 rubber…

Marketing programmes would ride on “Win on Sunday, sell on Monday” slogans generated by genuine competition between brands, which is presently absent. Current tyre talk revolves mainly around negatives such as degradation, rather than the positives of winning, yet F1 purports to be about victory created by “engineered insanity” in open competition.

True, certain regulations such as those governing engine usage would need to be overhauled to account for the increase in testing. But F1’s current long-life power units have duty cycles of 10 times those in the early 2000s, plus spend a lot of time on dynamometers, which could be substituted by track testing.

Equally, regulations regarding tyre supply would need to be imposed to prevent teams being favoured by bespoke tyres (think Ferrari and Bridgestone in 2004), with (realistic) limits on maximum test distances could be imposed. But it’s all do-able, and simply a matter of application.

What the chances of it happening? Sadly, zero. And, tellingly, for the very reasons that F1 should reintroduce open tyre competition: fear on the part of teams that they might end up with the “wrong” supplier, and be on the “wrong” end of the unpredictability a tyre war would. Plus FOM is, of course, reluctant to lose its substantial income streams from bridge-and-board advertising.

What is your opinion of Hermann Tilke’s influence on Formula 1 track design and how it has changed over the years?
@MacLeod

Hermann Tilke is a good friend with whom I enjoy spending time at grands prix, and I’m concerned that his work is often misunderstood.

Over the years safety standards have improved massively, As a result most traditional circuits have been redesigned to cope. That means his efforts are constrained by parameters that were absent when, say, Spa-Francorchamps or the Nürburgring, were designed.

As an amateur racer who regularly competed in the Nürburgring 24 Hour, plus won VLN races – and thus knows all about the joys of classic circuits – he is a qualified architect who designs according to commissions awarded to him by landowners. If their patches of land are flat – as they mostly are – he cannot recreate faux Eau Rouge corners unless said owners are prepared to shell out gazillions in excavation costs.

In addition, most grands prix lose money, yet circuits need to wash their faces to stay in business – which most do via track days. If circuits are lined with barriers and have no run-offs, they’re unlikely to find favour with Joe Punter or Mike Biker who pay to chuck their Porsches or Ducatis about, but need to go home with them afterwards. So they go to venues with wide run-offs, and the “fun” circuits go out of business…

Thus it’s unfair to compare Herman’s designs with what went before. One final point: Herman’s company Tilke Engineers and Architects designs most of the world’s circuits because he is awarded most of the commissions on tender – and I believe the reason for that is he’s a lifelong fan who understands motor racing better than most.

Do take a minute to read our in-depth interview with Hermann Tilke from last year when I invited him to comment on some of the most frequent criticisms of his work, among many other topics: