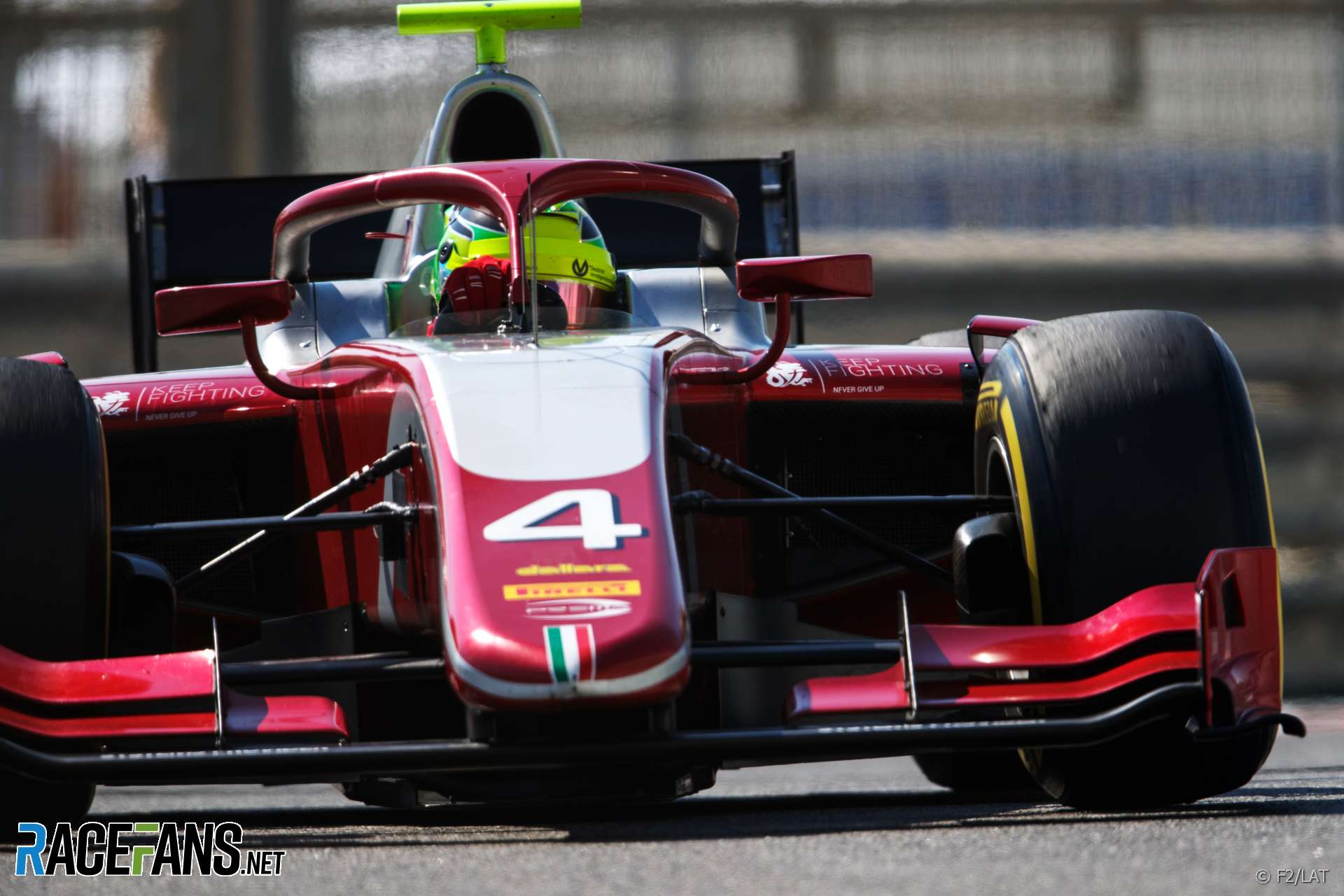 Mick Schumacher took a major step closer towards following his father Michael and uncle Ralf into Formula 1 last week when Ferrari officially announced he had joined its Driver Academy.

In the eyes of the FIA the 19-year-old has already done enough to deserve a place in F1. Schumacher’s European F3 championship win last year moved him past the threshold of 40 superlicence points needed to graduate to F1.

One of his recent predecessors as F3 champion, Lance Stroll, jumped at his first opportunity to graduate to F1 as soon as he was able to. But rather than follow the 2016 champion’s route, Schumacher is instead adopting the example of Stroll’s successor Lando Norris, and headed for Formula Two instead.

In the long run that may prove a sensible course of action. But in the meantime it puts Schumacher under pressure to deliver or face becoming ineligible to race in F1 next year.

Superlicence points only remain valid for three seasons. That means the 20 points Schumacher scored in 2016 campaigns cannot count towards a 2020 F1 drive.

NB. Schumacher’s third in the 2016-17 MRF Challenge does not earn him superlicence points

As Schumacher didn’t score any superlicence points in 2017, he will need to score at least 10 in his first season of F2 or he won’t able to race an F1 car in 2020. He will need to finish at least sixth in F2 this year to do that, without having to do something like enter the Macau Grand Prix in November where an extra five are available.

How likely is Schumacher to hit that target? He faces many unknowns as he joins F1’s leading junior series. He will have a new car to master, one which many of his rivals already know well from its introduction last year. It will also be his first time getting to grips with the unusual characteristics of Pirelli’s tyres, which are very different from the Hankooks he’s been used to in F3.

But he has the benefit of some continuity through staying with Prema. Not to mention the knowledge that the Lawrence Stroll-owned team took Pierre Gasly and Charles Leclerc to championship success in its first two seasons at this level.

Within the Prema fold, Schumacher should have no trouble showing points-dodger Sean Gelael the way. He also has the advantage of knowing four of last year’s top five won’t be back (George Russell, Norris and Alexander Albon have all graduated to F1, and Artem Markelov’s career was derailed by his father’s arrest last year. Nor will Schumacher resume his rivalry with Dan Ticktum, as Red Bull has placed their leading junior driver in Japan’s Super Formula championship.

But experienced competition from the likes of Sergio Sette Camara, Nyck de Vries, Jack Aitken and Louis Deletraz will be much tougher benchmark for Schumacher. And there are still eight vacant slots on the 20-car grid.

A strong F2 debut this year could sweep the bearer of F1’s most famous surname to a debut a little over 12 months from now. But if he doesn’t hit the ground running, making that F1 debut in the near future could get a lot trickier.