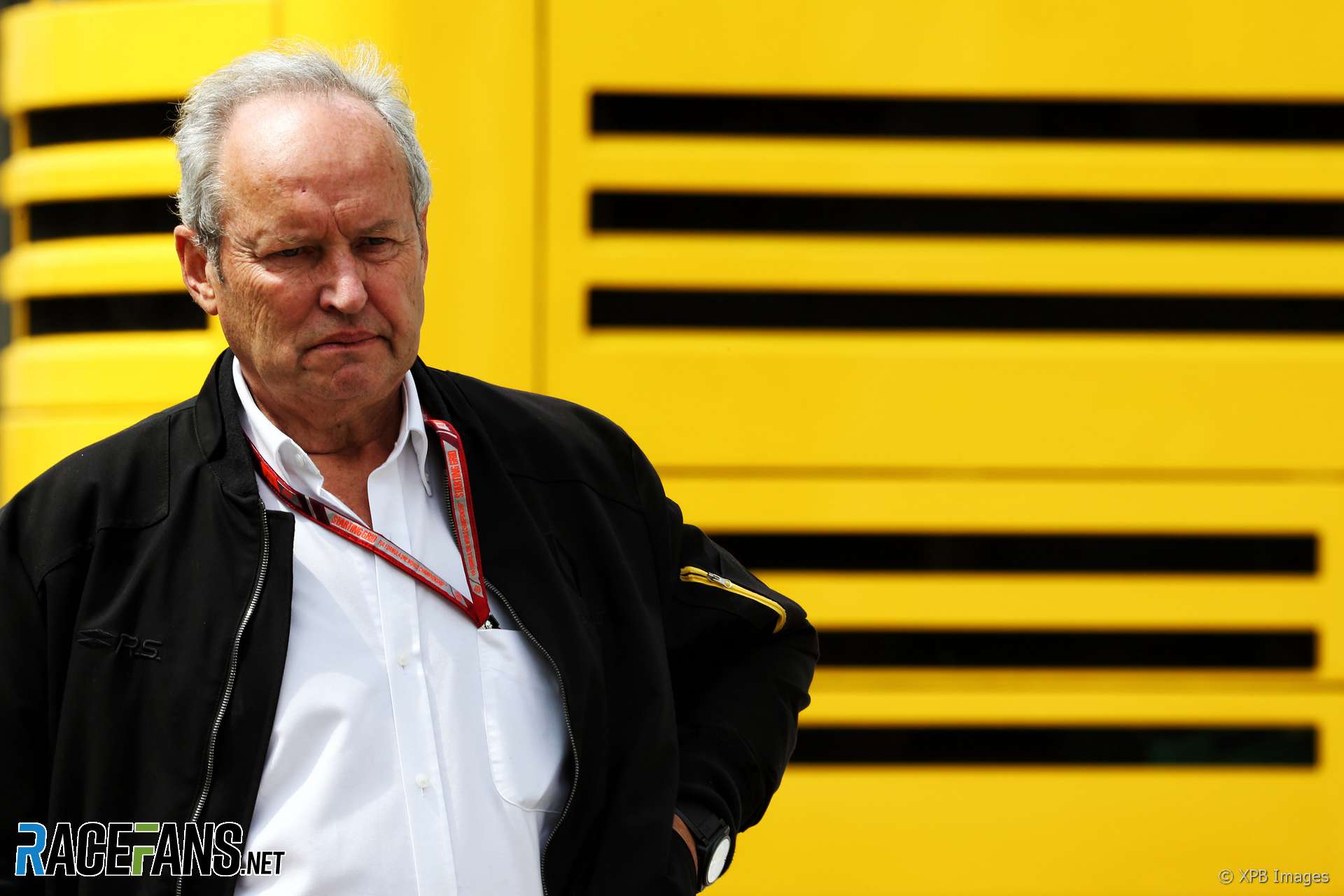 In the round-up: The departure of Thierry Koskas from Renault means Jerome Stoll will remain in charge of the F1 team.

Jérôme Stoll will continue in his role as President of Renault Sport Racing following the departure of Thierry Koskas from Groupe Renault.#RSspirit pic.twitter.com/x7L5b7DI1K

He could have retired last year after winning the @dakar , he could have retired this year 3 times, (no power steering, sore neck…) but kept pushing and managed to win the last stage. Why? Because he enjoys racing and he has a pair of big balls. Good job dad! @CSainz_oficial pic.twitter.com/51Fkek9m6h

Brittny & I are Delighted to announce the new edition to the family currently having his first seat! Look how comfy he looks! 😍👶🏼 #babybutton pic.twitter.com/0sTGnx84t3

That moment when you see every single 2018 race available on the F1 TV Access archive, but then get told it’s not available in the UK.

"F1 has changed so much. F1 has always been changing and if you compare the cars from the start of the 2000s to the end, they are completely different."

Sam Schmidt: "Mike Long and the entire team at Arrow first had vision to create a system that enabled me to get behind the wheel after 16 years of paralysis which, in and of itself, has changed my life and the lives of millions worldwide. Now, by becoming our team title partner, they have given us the resources to fulfill another lifelong dream to win the Indy 500 and a championship in the IndyCar Series."

"Binotto is said to be a great manager of people and concerns that his promotion leaves the technical group rudderless are almost certainly unfounded. He will be doing much as he was already doing, albeit with a different title and with free rein to run the race team in his own way rather than Arrivabene’s. That way, as he has already demonstrated in leading the technical group, is much more consensual and inspirational than Arrivabene’s."

Will 2019 be Honda’s breakthrough year?

I think hardly anyone doubts how much Honda wants to win and disprove their critics. But many doubt that they know how to do it, despite throwing as much money at it as they have.
Surely Honda partnering with Red Bull makes sense for both. And both will want that success. And will invest a lot of money into it.

But none of that actually guarantees much. As Gasly rightly remarks, it is not a straightforward path to find the “missing” (see, still not there!) power. It will eventually come, certainly if the current engines are kept for a while longer, but when?

Also, since their second year back in F1, Honda have always seemed to have at least some kind of power-up for qualifying, it showed in the difference between their qualifying and races for McLaren, and the same trend was pretty discernible with Toro Rosso. And it showed with the change of engines for both of those teams.

While that can be very helpful for Red Bull – gaining a qualifying spot with a top three chassis should help gain more chances at top results – especially at higher power tracks, it will still leave them with lower power to keep ahead if that cannot be sustained for the race.
@Bascb