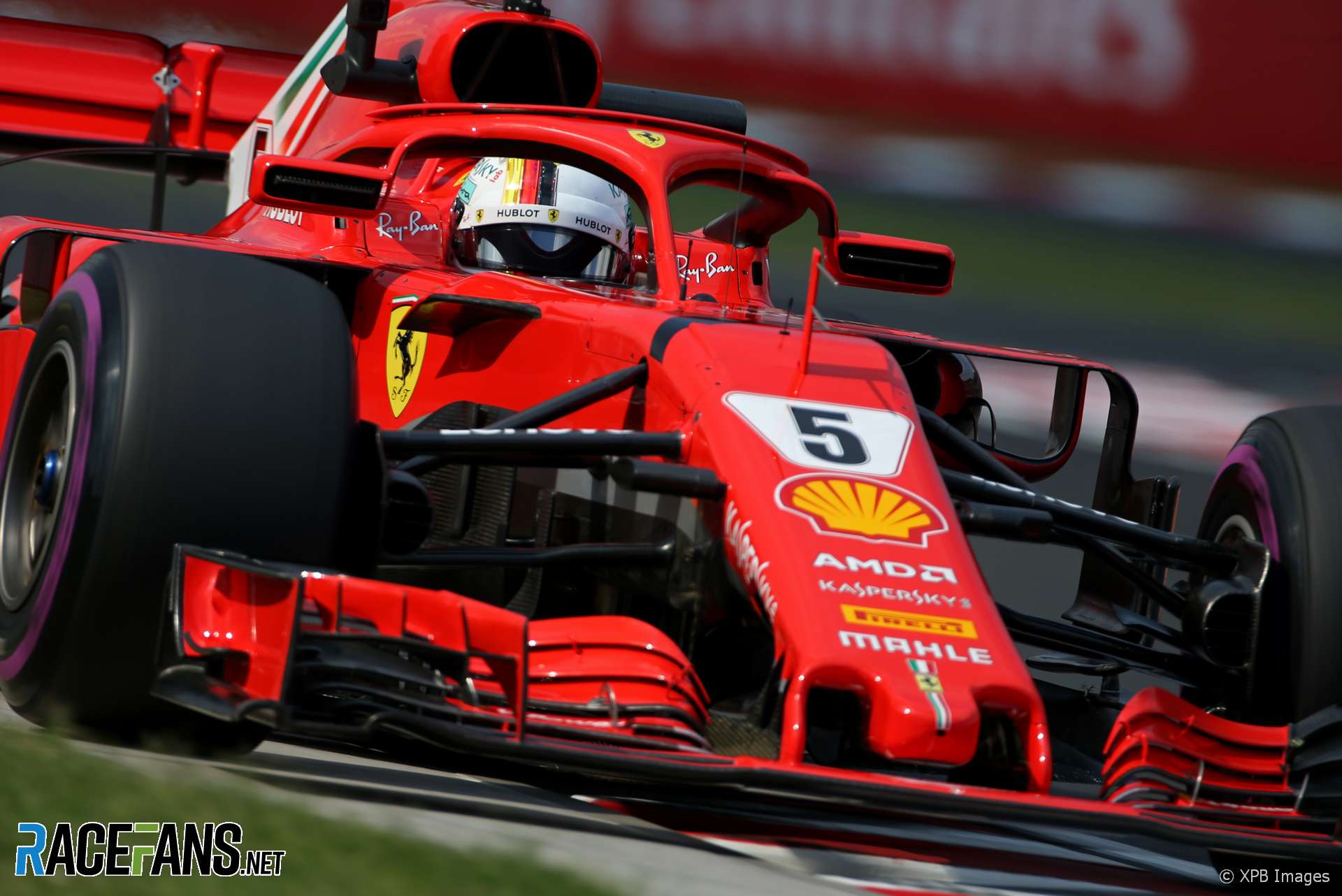 It said a lot about Ferrari’s 2018 season that their constructors’ championship hopes lasted longer than Sebastian Vettel’s bid to win the drivers’ title did. In short, the car was competitive – often more than a match for the Mercedes W09 – but Vettel didn’t make the best of what he had.

Their season began well. In Melbourne a perfectly timed Virtual Safety Car period handed victory to Vettel on a weekend when Kimi Raikkonen and shaded him. Nonetheless it kickstarted Vettel’s championship lead and he followed it up with a superb victory in Bahrain, resisting pressure from Valtteri Bottas on degrading tyres.

Though Mercedes became more of a threat as they got to grips with the W09, Ferrari kept the wins coming. High-speed venues like the Circuit Gilles Villeneuve were happy hunting grounds, though Vettel also usefully out-scored Hamilton in Monaco.

Power unit gains seemed to be the key to Ferrari’s reinvigorated performance; customer teams Haas and Sauber also made considerable progress. The exact operation of Ferrari’s unique twin-battery set-up was the subject of much conjecture, and eventually led the FIA to add a second monitoring sensor to the power unit at the Monaco Grand Prix.

Later in the year, when the team’s performance slumped, some reports suggested another new sensor had been added. This was not the case, though the team principal Maurizio Arrivabene was unhappy any details of the FIA’s monitoring had become public knowledge to begin with. “It’s strange that everybody knows about the second sensor,” he said of the Monaco change.

“It doesn’t change in any case the performance of our car,” he stressed. Indeed, in transpired their loss of performance was due to the team going in the wrong direction with its car development. The car became more competitive after they ‘downgraded’ it to an earlier specification.

“If we have to go back to a car that’s been competitive three or four months ago then surely it can’t be good news,” rued Vettel. But the fact of the matter was he’d squandered so many points by this stage in the season his championship hopes were already over.

Vettel’s litany of errors added up to one of the most baffling reverses of fortunes for a championship contender in recent years. His crash while leading at home was the cruellest, but one of half-a-dozen such mistakes. He collided with Bottas (France), Hamilton (Italy), Verstappen (Japan) and Ricciardo (USA). He also picked up needless grid penalties in Austria and Austin. The stack of points this cost him paled in comparison to a few races where the SF71H operated beneath its potential.

Even after Ferrari corrected their development error, Vettel didn’t make it back onto the top step of the podium. Raikkonen ended a five-year win-less streak in Austin, though he’d already learned Ferrari was replacing him with Charles Leclerc for next season. Mercedes won the final two races, and took their fifth consecutive constructors’ championship, leaving them one short of Ferrari’s record.

For all this, the undoubted low point of Ferrari’s season was the untimely death of president and CEO Sergio Marchionne. Former Ferrari chief Ross Brawn is among those best-placed to understand its far-reaching ramifications. “There is no doubt the shock of the sudden death of its leader, Sergio Marchionne, who had been such a strong reference in the team, will have a major impact,” he said, “and that is totally understandable.”

Marchionne’s final effect on the team will be the arrival of Leclerc, whose cause he cushioned. This bold gamble on youth is entirely uncharacteristic of the team’s recent history. While Leclerc is taking Raikkonen’s place, some well-placed observers believe he could disrupt Vettel the way Daniel Ricciardo did in 2014. Vettel himself could hardly deny he left plenty of room for improvement in 2018.