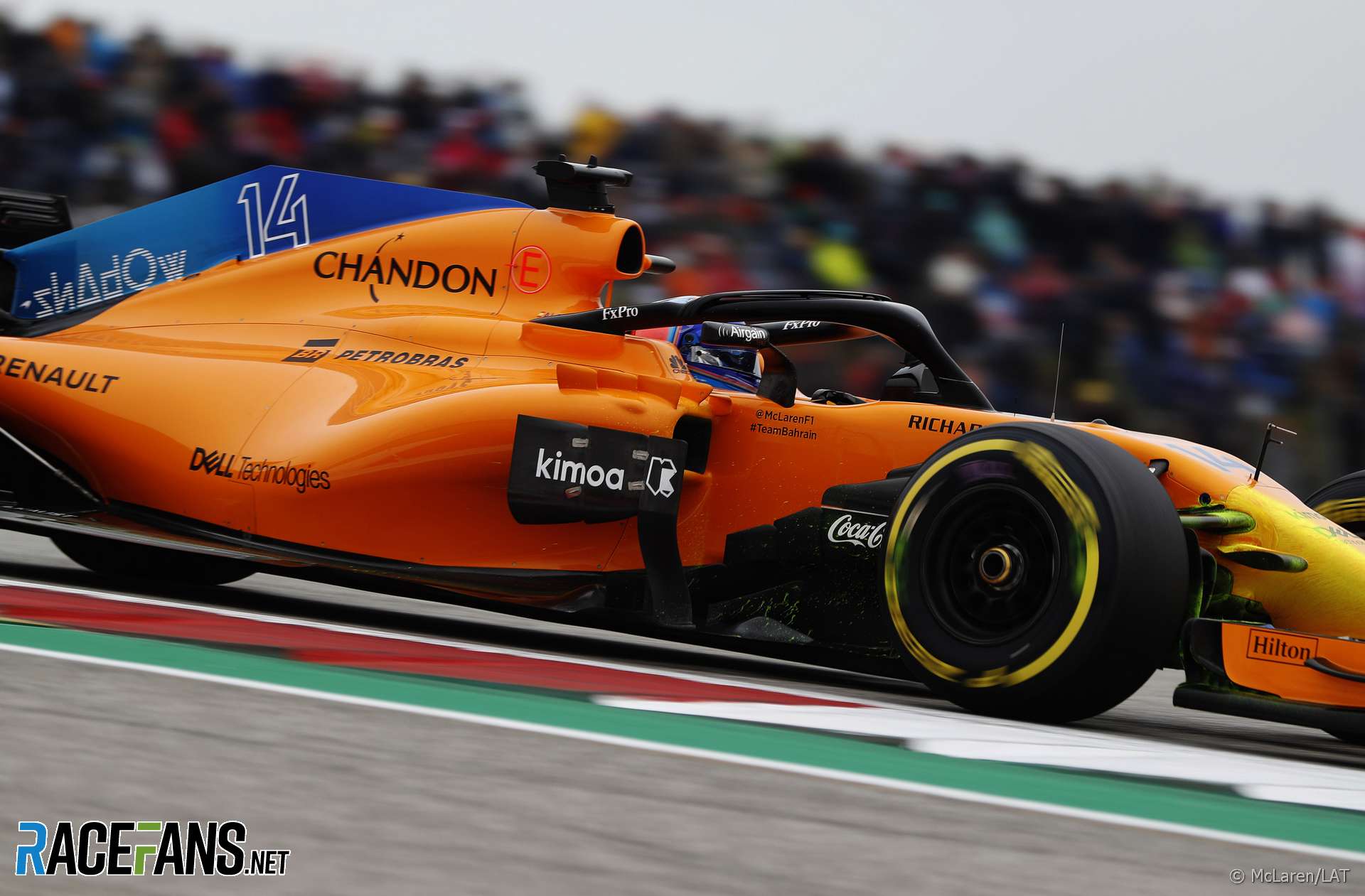 In the round-up: McLaren Racing CEO Zak Brown says he intends to increase the team’s portfolio of sponsors in 2019 to the same extent they did this year.

Brown was asked about his expectations for the team’s sponsorship growth and whether they will acquire a new title sponsor:

We have made good progress this year. We have hit our anticipated revenue numbers. Like our on-track road to recovery [programme], we have the same kind of road to recovery on our corporate partners.

I think we brought in more new partners than any other racing team or the series this past year. They were great brands, long-term relationships: Dell Technologies, Petrobras, FX Pro etc… We, I would anticipate having the level and amount of new partners joining us in 2019.

We are not actively trying to find a title partner, we’re actively trying to find what we call a principal partner. What that means is a title sponsor as you would know it from a visibility on the the car standpoint – of course you would want that level of partner – but unless it is exactly the right partnership we aren’t actively trying to bring any other brand alongside our bran. Because I think ultimately we are McLaren, we remain McLaren and not change our name as I think any great brand would not want to change their name. So it’d have to be the right partnership.

[I’m] comfortable with where we are commercially and of course I think the more on-track success we have will be making it easier to accelerate our corporate recruitment programme.

In 2019, @SchumacherMick will make the step-up to #F2 – where one of his rivals will be @giuliano_alesi

We’re saddened to hear of the passing of Mike Hiss. Mike drove for Team Penske in the 1972 California 500, where he finished second. He also drove in the 1974 Indianapolis 500.

Our thoughts go out to his family and friends. pic.twitter.com/GB9PnkInXs

"It is clear that if Schumacher were to have made a miraculous recovery, the good news would have been known quickly enough. The fact nothing has been said, in itself speaks volumes."

Sainz: McLaren should 'fear everyone' in 2019 F1 midfield fight (Crash)

"I said last year quite clearly that it will not be an easy season, because of technical topics which we have to sort out, but in the end, I must say that the power unit from Honda showed a much better performance than the chassis of Toro Rosso."

Monger interview: 'Mum took my crash the worst - she might never get over it' (The Telegraph - registration required)

"For all the powerful human interest in Monger’s convalescence, the task of persuading heavyweight sponsors to part with their money is no less arduous. 'I have my speech down to a tee,' he grins. 'This is an expensive sport and the percentage is getting lower and lower of those making it on talent alone.'"

"The Kingdom relaxed its strict entertainment laws for Formula E’s season five opener in Riyadh, the capital city of the ultra-conservative desert state."

Would a budget cap in F1 be positive for other branches of motorsport?

I like that the cost cap could bring F1 teams to more series around the world.

It’ll bring more depth and quality to series like WEC, IndyCar, IMSA, etc… It would help all of motorsport draw crowds and spread the names of F1 further around the world.
@Scottie