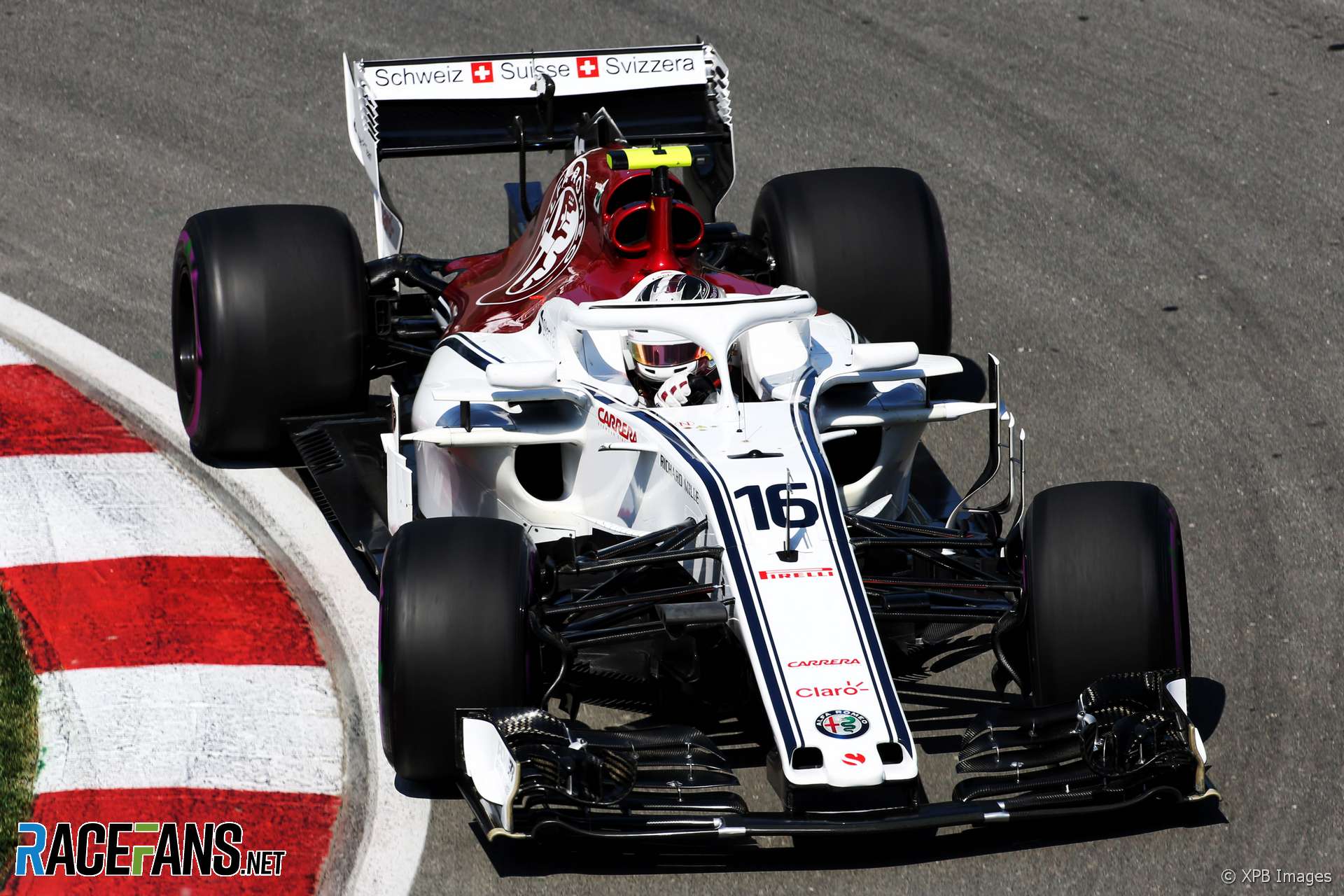 Having spent a year treading water with year-old Ferrari power units in 2017, Sauber took a major step forward this season. It moved up two places in the constructors’ championship to eighth, and was clearly capable of better.

They key to this was a mutually beneficial relationship with Ferrari which brought up-to-date engines, the services of Ferrari’s star junior driver Charles Leclerc and title sponsorship from Ferrari sister brand Alfa Romeo. The latter “means that we will be much more attractive for everybody: for the media, for the sponsors also” reckoned team principal Frederic Vasseur.

The team’s performance will surely make them more attractive too. Having struggled for points in recent seasons, by the end of 2018 they were regulars in Q3 on Saturday and the top 10 on Sunday.

The C37 was the year’s most-improved car, lapping 2.5 seconds quicker on average than its predecessor. But there’s more than outright lap time which explains the gains they made this year, as Vasseur explained. “If you are looking at pure performance there are [several] pillars of performance: engine, drivers, aero, exploitation on track. And we now have the resources to work on every single pillar.”

Among those the team addressed this year was its performance in the pits. “They worked a lot,” said Vasseur when asked what he had put the mechanics through. “The last winter we sent them to physical fitness training for one week, they did special exercise for this. Everybody is focused on his own job, including mechanics, and we improved drastically.”

It didn’t always go smoothly, however. Leclerc was in the hunt for a ‘best of the rest’ finish at Silverstone when a pit stop error forced him out.

On the track, the C37 especially thrived at power-sensitive tracks thanks to the Ferrari power unit in the back, combined with a relatively low downforce aero set-up. Vasseur’s decision to scrap a planned engine deal with Honda shortly after taking charge in 2017 appeared to be vindicated as the team overhauled Toro Rosso for eighth in the championship late in the year.

Their best result of the season came in Azerbaijan, which was a breakthrough performance for Leclerc. Following a dominance F2 campaign the Ferrari development driver fell short of expectations in the opening rounds, finishing behind his Marcus Ericsson at each race. A fundamental change to the setup in Baku immediately improved his fortunes.

“I struggled in the first three races,” Leclerc admitted, “there was a lot of new things to me. But I probably did not expect things to go well as quickly. From Baku onwards we really did a big step up and we kept that performance. That very sudden step, probably I did not expect.”

Leclerc’s skilful way with Pirelli’s softer tyres meant he ended the year with the largest performance advantage over his team mate in qualifying of any driver. That detail will surely not have escaped future team mate Sebastian Vettel’s attention.

But Leclerc’s form also pointed to a clutch of potential points which went missing. Ericsson contributed just nine of the team’s final tally of 48; 14 points more would have moved them up two places in the final standings.

The progress it made this year should have a carry-over benefit for next year. “We started development of next year’s car very early this season,” said Leclerc. “A lot earlier than this year’s car. So it should be a positive thing.”

Despite this Sauber enjoyed a strong end to the year, scoring in each of the last three races, including a double points finish in Mexico. However it remains to be seen what effect the abrupt departure of technical director Jorg Zander in May will have on next year’s car.

Another concern is that the remarkable Leclerc won’t be around to drive the C38, having won a promotion to Ferrari. However the team gains the driver Leclerc is replacing: Kimi Raikkonen, who returns to the team he made his F1 debut with 17 years ago. The most experienced driver on the grid will bring a breadth of knowledge that Sauber hasn’t seen in years and he make the difference for them in the midfield battle next year.

After his first full year in the job, Vasseur had plenty to be pleased about. “On the technical and sporting side we did the job,” he said. If you compare last year or with the first event of [2018] we made a huge step forward.

“For sure it’s a great feeling for everybody in the team.”